9 Women Who Have Become ‘Super Advocates’ in India Here are some superwomen from the legal profession who made a remarkable name for themselves.

There has always been a saying that behind every successful man there is a female. That may not be true and is definitely not true for some women – who manage to rise despite all odds and little support. Here are some superwomen from the legal profession who made a remarkable name for themselves. 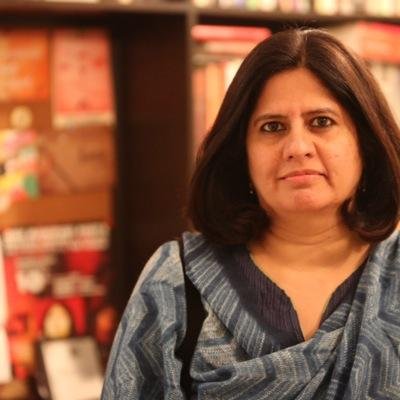 Besides being a renowned lawyer, she is a researcher, human rights and women’s rights activist.

She has appeared in multiple noteworthy human rights cases as well as represented women and child survivors of domestic and sexual violence, victims and survivors of communal violence, extrajudicial killings (killed in encounters) and custodial torture, sexual minorities, trade unions, and political activists.

She was even identified as one of the 100 most influential people in the world by the Times magazine in 2013.

Since 1986, she has been a Supreme Court lawyer. In 1989, she became an Advocate-on-Record at the Supreme Court to deal with appeal matters from lower courts.

She had even, for a brief time, worked with Goodwin and Soble, an international law firm based in Washington DC. Later she came back to India and became a partner in Hemant Sahai and Associates.

In 2010, her name was recommended by a Judges’ collegium for elevation as a judge of the Delhi High Court. However, she withdrew her consent from it. She was also the standing counsel for the Election Commission of India.

Eventually, in September 2013, a full bench of the Supreme Court designated her as a senior advocate becoming only the fifth woman to be so titled.

She was also one of the members of the drafting committee which drafted the regulations of the Gender Sensitization & Sexual Harassment of Women at the Supreme Court of India (Prevention, Prohibition and Redressal), Regulations, 2013 to protect and provide grievance redressal to women lawyers from sexual harassment at the Supreme Court. She was the first ever woman Additional Solicitor General of India. She is a designated senior advocate as well as a politician. She is presently serving as the Additional Solicitor General of India at the Supreme Court.

She graduated from Lady Shri Ram College, New Delhi and eventually received her LLB degree from Faculty of Law, University of Delhi.

Her career-changing court case was when she, then a junior in law, appeared against the then reputed jurist L. M. Singhvi and eventually won.

In 1980, she was elected as the first woman Secretary of Delhi University Students Union (DUSU) – winning with the highest number of votes. Later that year, she joined Harvard University to receive a Masters in Law. She was the head of All-India Legal Cell at BJP and is a former Additional Advocate-General for the State of Uttarakhand.

She is an expert in the field of Constitutional Law, property, private international law, family law, environmental law and corporate law.

In 2014, she was appointed as an Additional Solicitor General of India. She was the Vice President of Bar Association of India. She has been accoladed with several awards for excellence in law including FICCI and Bharat Nirman, Women Achiever.

Some of the popular cases fought by her include the right to freedom and expression for Indian actress Kushboo – in which the Supreme Court upheld the rights in a path-breaking judgment and quashed 21 cases of defamation. She also represented the French Government in the famous case of Clemenceau; against genetically modified food in India.

She is an Indian constitutional, commercial and media lawyer as well as a feminist intellectual. She received a degree in Economics from St. Stephen’s College, Delhi University. She even did a small stint as a TV journalist.

In an Economic Times survey, she was included in a list of ‘Corporate India’s Fastest Rising Women Leaders’ which showed her as being ‘famous in the corporate world for her expertise in commercial law’. She also worked as a lawyer in New York, international tribunals and the United Nations.

Apart from this, she was described by Forbes Magazine as a “Mind that Matters” and as the “Agent of Change” by Mint. She is a senior lawyer with expertise in marital, divorce and property law. She has written and published numerous articles, some of which have appeared in journals like the Subaltern Studies, Economic and Political Weekly, and Manushi on the themes of minorities and the law, gender and law, and law in the context of women’s movements and on issues of domestic violence and feminist jurisprudence.

She started practising in 1988 at the Mumbai High Court. Her own experience with domestic violence inspired her to become a women’s rights lawyer.

She also advises the government on law implementation and currently advises the Ministry of Women and Child Development in Maharashtra. Along with Madhushree Dutta, she is the co-founder of Majlis, meaning ‘association’ in Arabic, “a legal and cultural resource centre that campaigns for and provides legal representation for women on issues of matrimonial rights, child custody etc. Since inception in 1990, Majlis has given legal services to 50,000 women, many of them destitute and counselled three times as many.

She is presently a Supreme Court lawyer, Member of Parliament in the Lok Sabha from New Delhi constituency. She is also the national spokesperson of BJP.

She has been a part of the Drafting Committees for Bills like ‘Women’s Reservation Bill’ and ‘Sexual Harassment of Women at Workplace (Prevention, Prohibition and Redressal) Bill’. The latter was passed by the Parliament as an Act in 2013. Meenakshi Lekhi represented the media in court to get the ban on media coverage of case proceedings revoked. She was successful in this effort.

She took up the case of permanent commissioning of women in the Indian armed forces in the Supreme Court. She represented the victim in the Shanti Mukund Hospital rape case.

She is an Indian legal consultant. She is considered an authority on corporate merger and acquisition law, securities law, private equity and project finance. Born in a Parsi family to Soli Sorabjee, a former Attorney General of India, she is an active member of the Bahá’í community.

Mody’s initial education was at Elphinstone College, Mumbai. She studied law at Selwyn College, Cambridge, followed by a master’s degree from Harvard Law School in 1979. She passed the New York State Bar examination and qualified as an attorney in the State of New York.

She worked for five years with Baker & McKenzie in New York City, before returning to India in harmony with the request of her husband.

She started her own practice in Mumbai in 1984, which she merged twice with other firms to form AZB & Partners one of India’s largest law firms, where she is the managing partner. The firm maintains a make-up nearly 40 percent of her legal staff.

She is also a member of the Securities and Exchange Board of India’s Standing Committee on Mutual Funds, and of the Capital Market Committee of the Federation of Indian Chambers of Commerce and Industry.

Menaka Guruswamy (India & University 1998) is currently an advocate at her own practice in New Delhi, India. Since her time at Oxford, Ms Guruswamy has worked at a law firm in New York and as a Human Rights Consultant to the United Nations, taught at the New York University School of Law, and practised law for the Office of the Attorney General of India. She holds an LLM from Harvard Law School, a BCL from the University of Oxford, and a BA and LLB from the National Law School of India University.