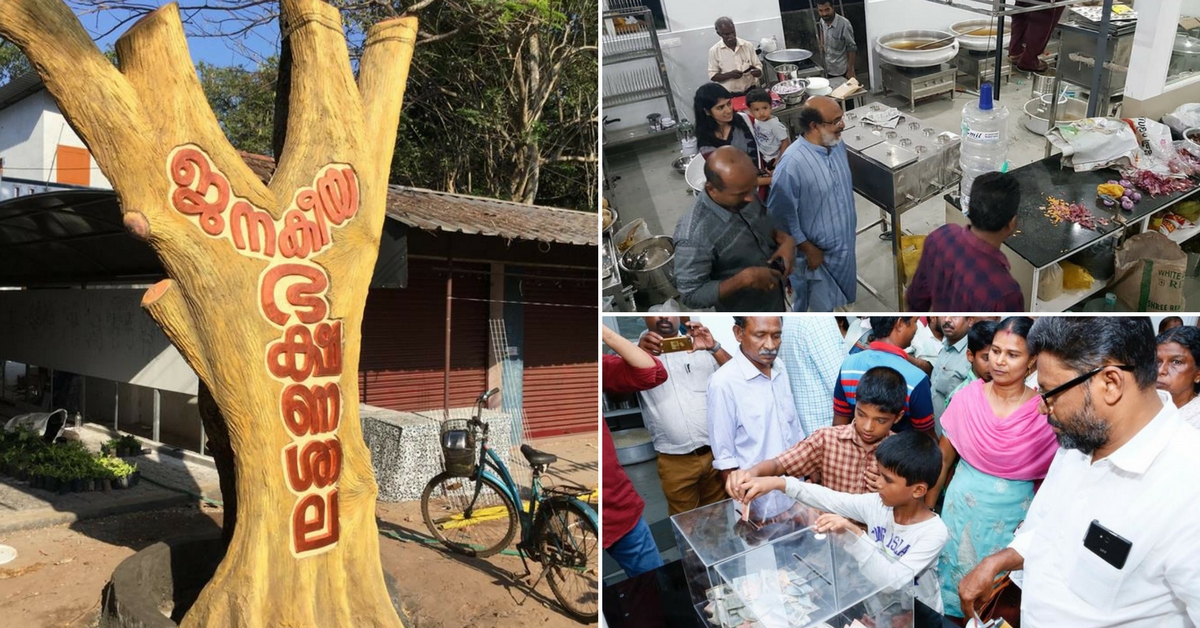 Along the Alappuzha-Cherthala National Highway near Pathirapally in Kerala, there is a restaurant whose doors never turn away those who cannot afford even a single meal.

With the motto, “Eat as much as you want, give as much as you can,” Janakeeya Bhakshanasala (The People’s Restaurant) was inaugurated by state finance minister Thomas Isaac on March 3 as part of the incumbent government’s extensive hunger-free project.

A venture by Snehajalakam, a pain & palliative care unit functioning under the aegis of the Communist Party of India (Marxist), Janakeeya Bhakshanasala was established with a fund of ₹11.25 lakhs mobilised under the CSR initiative of Kerala State Financial Enterprises (KSFE).

“If you are hungry, you can come and eat here. There won’t be a cashier at the counter to settle your bill. Your conscience is the cashier. You can drop whatever amount you want to, in the box kept on the counter. Those who cannot afford to give anything can leave content, after a full meal,” the finance minister had posted on Facebook.

In order to meet the expense of feeding people on a daily basis, the restaurant owners intend to sign up willing donors and raise funds through crowdsourcing in the area, especially during special occasions.

According to the minister, 1576 such voluntary forms were collected from 10 wards in the area surrounding Snehajalakam on February 4.

Additionally, a 2.5-acre organic farm has been set up adjacent to the hotel, to meet the in-house demands of the restaurant. People can also purchase vegetable from this plot.

A similar hunger eradication project called Numma Oonu was launched last month by the administration of the Ernakulam district, under which people could collect food coupons in public places and feed themselves with a decent meal at designated hotels in the area. You can read more about it here.

Snehajalakam is known for its involvement in various humanitarian initiatives in collaboration with other pain and palliative care societies in the region. One such initiative is an ongoing project, which includes providing free food to over 400 people across the four panchayats of Mararikulam South, Muhamma, Mannanchery, and Aryad.