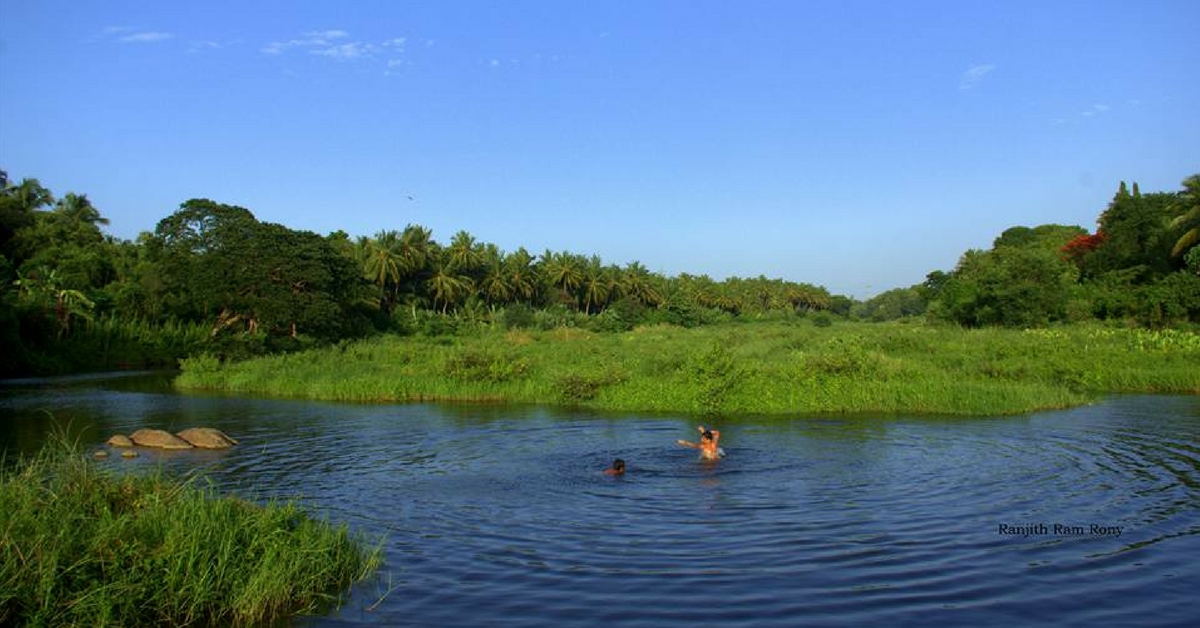 The river, which was once a supported livelihoods in the locale, has now been reduced to a mess. However, things are starting to get better!

In the small village of Chittur, located in the Palakkad district of Kerala, flows the Sokanasini, an iconic river which has played a significant role in Kerala’s heritage.

A tributary of the Bharathapuzha, it was on the banks of this river, Thunchaththu Ezhuthachan, the father of Malayalam, wrote the first letters of the script.

Since then, it has given rise to many poets and writers and has even featured as a setting in several Malayalam films. Its sparkling waters and lush greenery was a source of joy for the residents who lived around; it enabled their livelihood and facilitated agriculture in the village.

Flash forward centuries later, and the river is a mess.

Overrun with weeds, and plagued by algae and sediment, it is steadily shrinking, almost a trickle in some places. However, thanks to an initiative developed by a small village library, Panchajanyam, things are starting to take a turn for the better!

You may also like: Kerala IAS Officer Resurrects a Near-Extinct Stream Used by Farmers

Panchajanyam formed a group, called the Sokanasini Samrakshana Samiti, where volunteers gathered to revive a one-kilometre stretch of the river. Residents even contributed funds to hire earthmovers to clear up the sediment in the river.

Working collectively, they managed to free the river bed from algae and sediment and cleared the banks of overgrown weeds and plastic waste.

Restoring the water levels in the river is another matter altogether. While the group is planning to use watershed management and rainwater harvesting to replenish the water that has been lost, according to a report by The News Minute, the task may be difficult as the water scarcity stems from dams that have been built throughout the river.

Since these dams do not release water, the group has decided to revitalise the water through smaller means.

In a conversation with The News Minute, Madhusudhanan, a member of the Sokanasini Samrakshana Samiti, said, “The river is not entirely dried-up. There are strong base currents, and with a little effort from the community we can save it.”

As part of an effort to change the attitude of people in the area, and instil a need for water conservation, the Sokanasini Samrakshana Samiti has also roped in the assistance of NCC and NSS cadets for future restoration efforts. The initiative is also trying to take the cause to schools and colleges, imbibing the need for action at an educational level, so that the youth can be made more aware.

Their slogan, “Puduvarsham Puzhayodoppam,” which translates to “with the river in the new year,” was coined when the committee was put into place at the beginning of the year.

Since then the Panchajanyam library volunteers have worked tirelessly for a revival project which may take decades.

Nonetheless, they are hopeful that their actions can inspire others to follow suit, so that one day, a river which is extremely essential to the culture of Kerala can be reborn in its entirety, and flow through the state full and healthy—just like it did in its heyday!