Kerala Family Reunite With Missing Grandfather After 3 Months, Thanks to Facebook 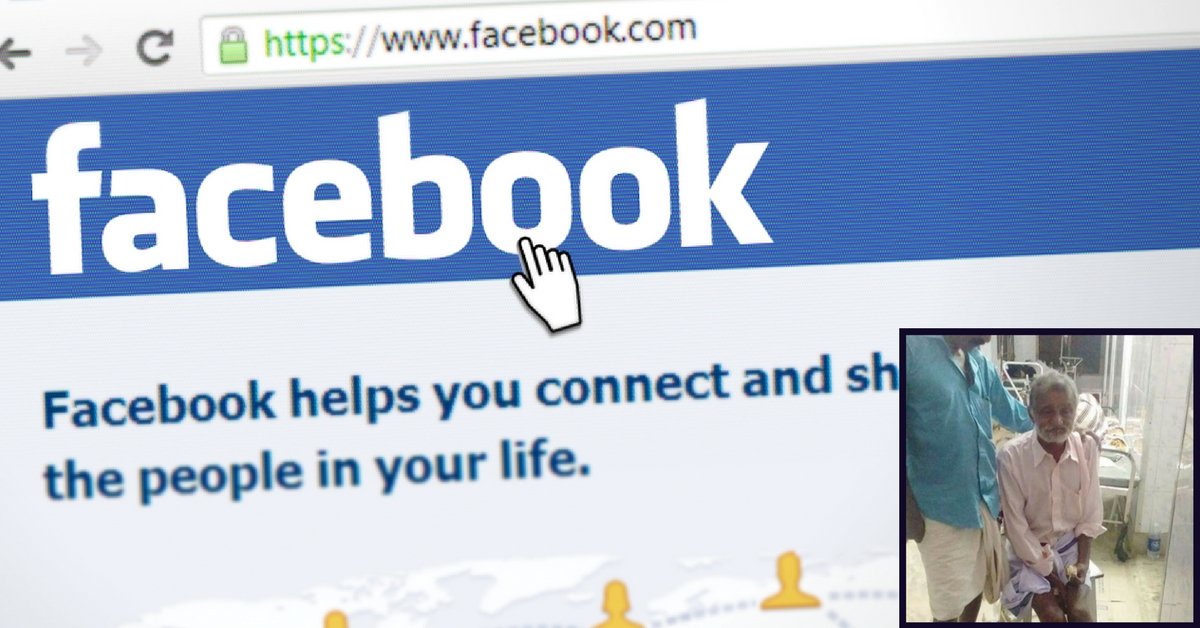 Known as Pappachi, his family had registered a ‘missing’ complaint with the local police, besides printing newspaper advertisements and circulating posters across the town, but to no avail.

Nothing comes close to the power and reach of social media when it comes to catalysing change and unleashing widespread revolutions. Remember Arab Spring?

Social media has emerged as a prime platform to spread a message or raise public awareness amidst large groups of people. In this scenario, what could be a more appropriate platform in the present times, if one has to find someone who is missing?

Three months back, a 73-year-old man from Nedumkunnam, Kerala had gone missing from a retreat centre at Anakkara. Known as Pappachi, his family had registered a ‘missing’ complaint with the local police, besides printing newspaper advertisements and circulating posters across the town, but to no avail.

What worried the family more was the fact that Pappachi suffered from dementia, which would make the search all the more difficult.

On Sunday, Pappachi was found lying on the road by police officials in Thiruvananthapuram, who took him to the nearest Medical college. Because of his condition, the septuagenarian could not provide the police or medical staff with any information regarding himself or his family, leaving the authorities in a dilemma.

Sometimes, it is a complete stranger who dons the garb of an angel and comes to someone’s rescue.

A young man named Anas Mumthaz, who was present in the hospital, couldn’t help but notice the man’s predicament. He posted a picture and video of Pappachi on Facebook, hoping that somehow the news would spread and someone would come for the old man.

You may also like: From a Chawl to a Private School: How a Stranger’s Compassion Changed This Woman’s Life

Luckily, the post came to the notice of a youngster in Nedumkunnam, who informed the local ward member about the situation. Soon enough, the family set off to Thiruvananthapuram on Monday and were relieved to find their lost Pappachi and took him home, reports Mathrubhumi, a local daily.

No one, including the police, has any idea about how the old man ended up in the capital city but thanks to Facebook and people like Anas, Pappachi was saved from a miserable fate that millions of elderly, who are grappling with dementia and Alzheimer’s, face around the world.