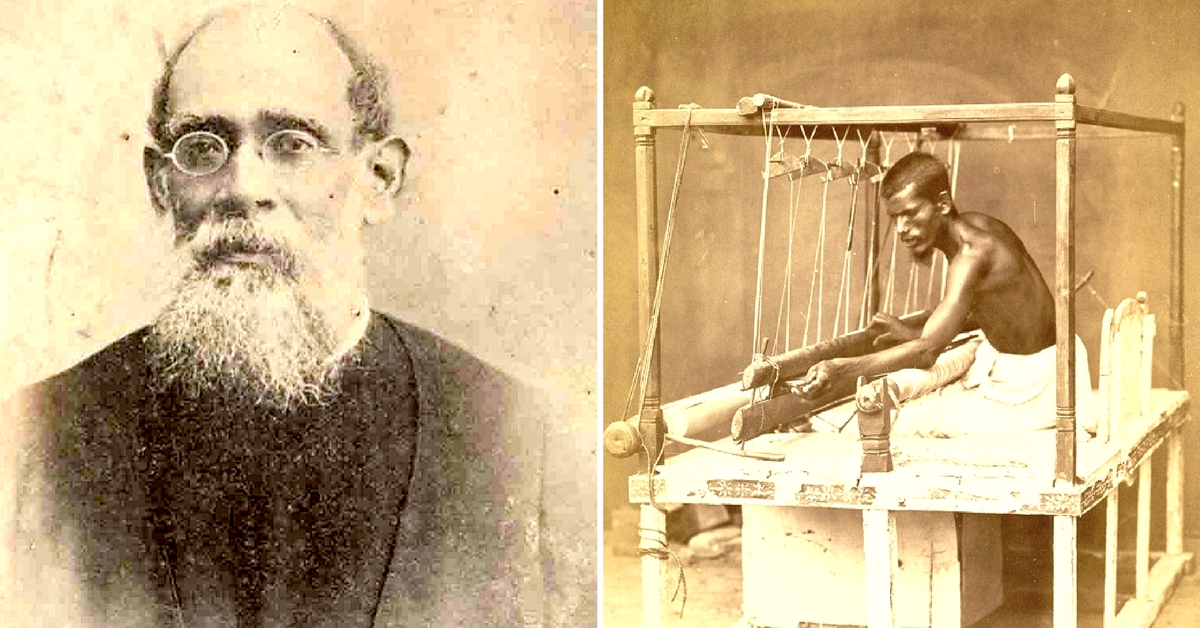 The Bengal Home Industries Association was set up to protect weavers from British exploitation.

The famous Moroccan scholar Ibn Batuta (1304-1377) spoke of the world-famous muslin, made in Bengal, in his travelogue. During the Mughal rule, the cottage industry was patronised by the government. When the British arrived, they fell in love with the products coming out of Bengal.

Bengal’s handloom and handicraft industry was thriving. Exquisite handkerchiefs and scarves made of soft Murshidabad silk, weaves, embroideries, block prints and cut works, exquisite handicrafts made from brass, copper and white metal, clay and metal jewellery and, jute mats and carpets, were some of the beautiful products that flourished during that era.

The British nobility loved the lush fabrics. However, the East India Company employees imposed a slew of repressive steps on weavers, artisans and other craftsmen, and thus began the ruin of the industry.

In 1915, Sir Surendranath Banerjee, moved the Bengal Legislative Council, seeking aid to establish an organisation to promote Bengal’s home industries. The word “cottage,” to denote small industries, had still not come into use. The British government obliged. Ironically, the NGO would play a vital role in the Swadeshi movement, much to the displeasure of the British.

In 1916, a group of citizens in Kolkata felt the urgent need of an organisation—one that would re-establish cottage industries on a firm basis, and protect the interests of the weavers.

The Bengal Home Industries Association was founded, and registered under the Indian Companies Act VII (Section 26) in 1917.

A hundred years later, The Bengal Home Industries Association, thrives even today. Its first Honorary Secretary was the renowned artist Sri Gaganendranath Tagore. He designed the very first scarf, with a gorgeous traditional motif—a design still available at the association’s showroom, printed on sarees, dress materials and scarves. His brother, Sri Abanindranath Tagore, and the Maharajas of Burdwan and Cooch Behar were the other chief architects.

The British fascination with Bengal’s cottage industry was bolstered, when Lady Carmichael, wife of the then Bengal Governor, became a patron. Here is an interesting anecdote—during a visit to a village with Sri Gaganendranath Tagore to supervise the work of block printers, the Lady, expressed her love for some ducks, lounging in the sun. Gaganendranath immediately drew a line drawing of a duck and named it the Charmichael Duck. The design was transferred to a block and became a rage on silk scarves, stoles, sarees, etc.

The first store of the Bengal Home Industries Association was set up near Hogg Market. Today, the association maintains a showroom where individual artisans and small organisations get the chance to display a staggering variety of products manufactured using jute, cotton, silk, terracottas, wood, brass, copper, papier mache, dokra, sola and sandalwood, amongst others.

You may also like: How You Can Help Make India’s Arts & Crafts Community Globally Competitive & Improve Livelihoods

The aim of The Bengal Home Industries Association, highlighted in its articles and Memorandum of Association, is simple. A non-profit sharing concern, it wishes to promote and develop cottage industries, arts and crafts, and help poor artisans by purchasing raw materials for them, advancing them money, and helping them market their goods. The organisation establishes and assists home industries, promotes exhibitions and showrooms, and collects and furnishes information about home industries.