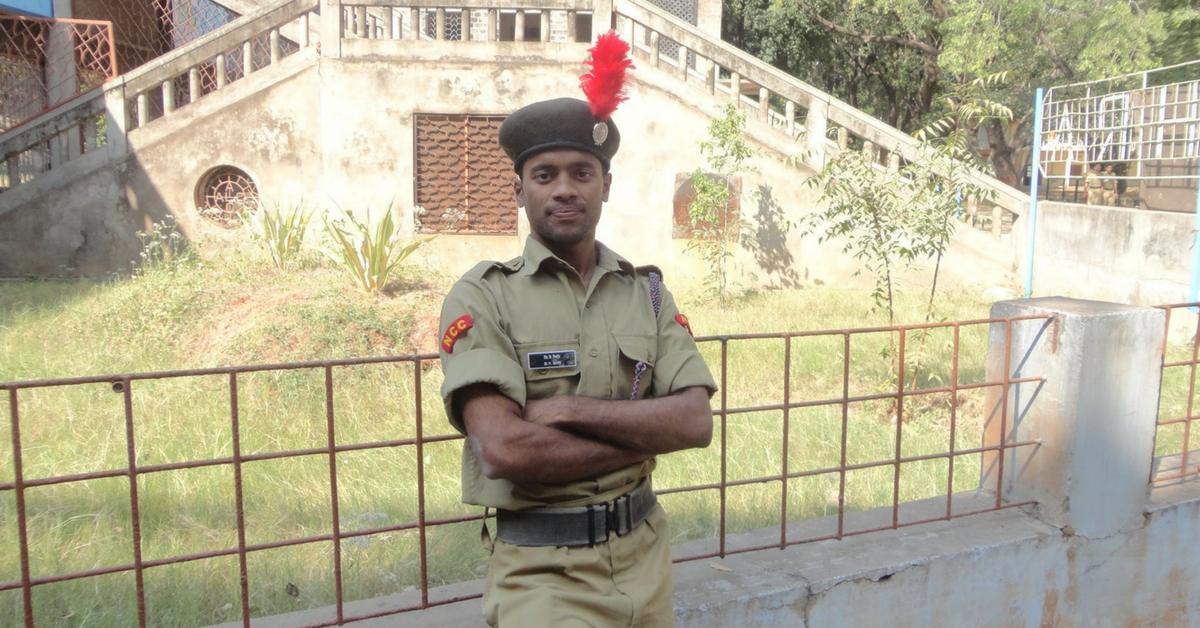 Barnana Yadagiri on Saturday received the IMA’s prestigious silver medal for standing first in the order of merit in the Technical Graduate Course.

On December 9, 2017 the passing out parade of the Indian Military Academy (IMA) was held at the grounds in front of the famed Chetwode Building.

While there was much celebrations and happiness all around, this one story will move you and inspire you.

Barnana Yadagiri on Saturday received the IMA’s prestigious silver medal for standing first in the order of merit in the Technical Graduate Course.

He is special because not only is he a techie from the prestigious International Institute of Information Technology (IIIT) Hyderabad.

Besides this, Barnana also said no to a call from IIM Indore!

Barnana Yadagiri is the son of daily wager, and his father used to earn just Rs 100 in a day.

Barnana Gunnaya, Yadagiri’s father, used to work as a daily wager in a cement factory in Hyderabad.

Would you believe that Yadagiri’s father was not even aware a day before the parade that his son was being commissioned as an Indian Army officer.