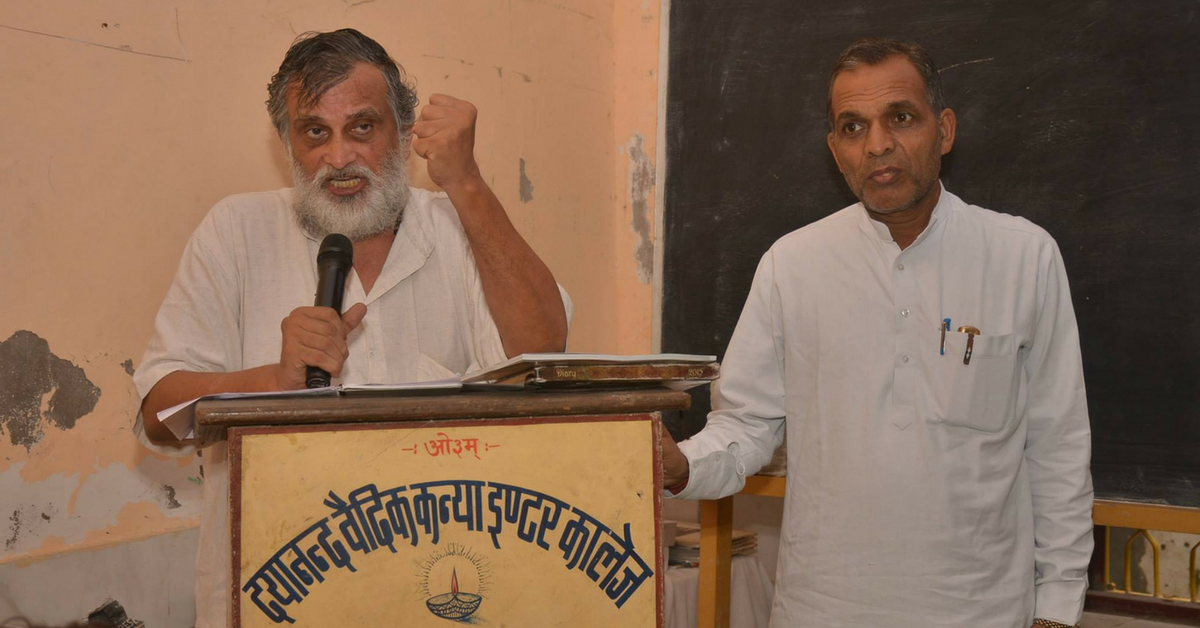 Dr Kamal spent three decades in bureaucratic service and has been posted to many areas that are termed as ‘punishment postings’.

Dr Kamal Taori is a former Secretary to the Government of India who describes himself as a ‘non-conformist.’ When asked to speak about his growing up years he says, “I was born in Wardha (Maharashtra), a year before India gained Independence. I went on to serve in the Indian Army from 1966 to 1972, and later joined the Indian Administrative Service where I served till 2006 in various capacities.”

Dr Kamal is from the Uttar Pradesh cadre and holds a doctorate in Rural Entrepreneurship. He has worked as Collector, Commissioner and Union Secretary in many departments besides leading the Council for Advancement of People’s Action and Rural Technology (CAPART), a nodal agency for catalysing and coordinating the partnership between voluntary organisations and the government for sustainable development of rural areas.

Reminiscing about his childhood, Dr Kamal speaks of Professor Agnihotri, a man who has immensely inspired him.

“He never gave up on me and my numerous questions that I always had. He would always encourage me, and that was perhaps the first inspiration I encountered.”

Dr Kamal spent three decades in bureaucratic service and has been posted to many areas that are termed as ‘punishment postings’. However, that did not deter him. He says, “My entire career was challenging, and I always volunteered for working in the less opted areas. In this process I travelled widely not only in India but also abroad and wrote more than 40 books sharing my experiences.”

“In my years of service I have redefined, demystified, and realigned some of the value systems, planning systems, and questioned reasoned answers. In my role with the Planning commission, which is now called the NITI Aayog, I strongly put my point across to say that this kind of planning would only lead us to disaster. Having said that I would also give them alternative solutions based on traditional knowledge and the wisdom of this nation.”

Dr Kamal has come up with his own plan of action to address the issues that the nation is currently facing.

He urges all of us to go back to our roots to look for solutions, ‘jad se judo,’ (connect to your roots) he says.

Reducing costs and finding alternate solutions to working on a problem is also the need of the hour. Dr Kamal also stresses upon the importance of public-private panchayat partnerships, that are also economically profitable, and a win-win for all parties.

“We are a confused lot—we do not know what development model we must follow. We have no option but to move towards a greater privatization and decentralized sort of model. We must also ensure that we involve at least 70% women in our planning commissions,” he says.

As he speaks to me, he slips into Sanskrit with ease. He says, “Sã vidyã yã vimuktaye—That alone is knowledge which leads to liberation. The government must work towards and facilitate this process of educating everyone. This would never have been possible earlier, but with the digital thrust in the country, this is becoming a genuine possibility now.”

“We can see a reasoned transformation of India.”

When asked why he has chosen this life path for himself he says, “It was a poet-saint Tulsidas who said that the primary propellant of all our actions is self-interest. You will ask me what my self-interest is — by working in the ‘useless’ areas I have understood the problems that exist, and I aspire to give back and do something constructive for the society.”

Dr Kamal firmly believes that no one above the age of 60 should hold any paid position in the government. It is a time one should spend reflecting and pondering, both collectively and individually about all that has gone wrong and find ways to set it right.

Here are a few things that we must take away from Dr Kamal:

1. Don’t be a conformist.
2. Learn to question everything.
3. Know your potential and work towards it.
4. Convert your hobby into your profession.
5. Work with nature as much as you can.