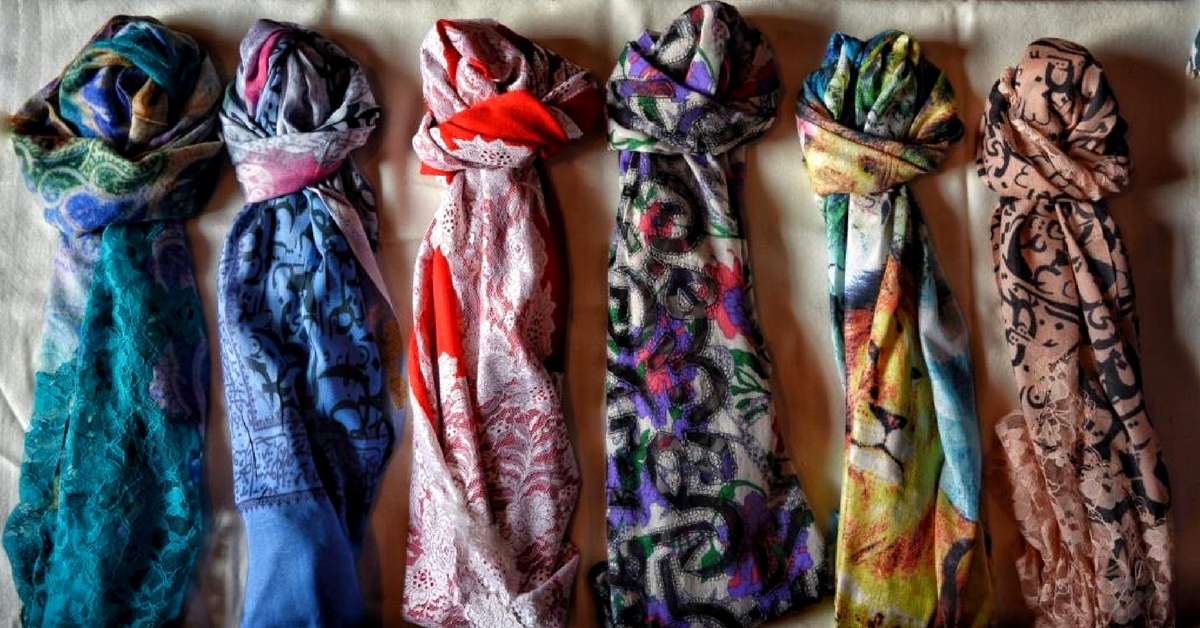 There are also several misunderstandings around Pashmina. For one thing, it starts with the word ‘Pashmina’ itself.

Among the various crafts, Pashmina weaving remained key economic activity in the Kashmir valley for centuries. Besides employing literate as well as illiterate persons in both rural and urban areas, it acts as a subsidiary source of income for farmers who remain unemployed during the off-season.

But unfortunately today the craft of making pure and authentic Pashmina is vanishing thanks to the introduction of power looms.

What is real Pashmina?

There are also several misunderstandings around Pashmina. For one thing, it starts with the word ‘Pashmina’ itself. It is locally known as Pashmina, while in Europe and other countries it is known as Cashmere. Both mean the same thing. Also, it does not come from a sheep’s skin or other such things. It comes from the naturally shedding hair of a particular goat found in Ladakh.

According to experts, the raw material of genuine Pashmina should be obtained under the fleece of mountainous goat called Capra Hircus, which is collected by combing, since the goat sheds its winter coat naturally.

The most important aspect is that it should be hand spun and hand woven only.

Once the raw material is acquired from Ladakh, all the process should be done manually by workers, right from spinning to weaving on handlooms.

However, this trend is changing as there is a lot of competition in the international market and the demand for the fabric is ever growing all around the world. Therefore more and more people are changing to power looms as it is much cheaper and its production capacity is more than that of a traditional handloom.

“Power looms can produce 15 shawls per day while a handloom can barely produce two shawls per day. It also reduces manpower, hence the number of handlooms in the valley is on the decline,” said Izhan Ahmad, a manufacturer of Pashmina shawls.

However, while looms have increased the production capacity, at the same time there are fears that the move has compromised the quality of ‘real Pashmina’. Also, the power looms have put a large number of people out of a job. A section of Pashmina weavers in the valley currently demand a ban on the use of power looms.

Why have power looms compromised the quality of real Pashmina?

Ayesha, 70, a Pashmina user for decades says, “We used to pass it from one generation to another. But today if you use a Pashmina shawl several times, it loses its charm. That durability is gone, it’s no more.”

While that is an anecdote and personal experience, there are scientific reasons for this drop in quality as well. The raw material used for Pashmina making is called ‘Taar’ in the local language. This is basically the hair of the goat and is very soft.

Its fragility makes it suitable for traditional looms only. Taar cannot withstand the brute force of a power loom. Therefore, to strengthen it, nylon and other synthetic fibres are added during the spinning process.

This is where the ‘adulteration’ happens and where ‘real Pashmina’ is spun into ‘fake Pashmina’.

However, power loom users argue that once the fabric is prepared, it is washed with certain acids, which melt away the nylon. They state that it regains its old charm and becomes 100 per cent Pashmina again.

But even here, experts disagree, since they say real Pashmina loses its quality after the acidic washing. “It’s like the first copy of something which we buy from the market, almost similar to the real one. We are not able to differentiate between the two,” said Izhan.

Why is Kashmiri Pashmina the best in the world?

Pashmina is produced by many countries in the world. China is the largest producer by volume. But it does not produce the best quality of Pashmina. This is because the micron count (fineness of the hair) of Ladakhi Pashmina is 14 while that of China is 16.

Moreover, the concept of handloom is not common in China while artisans in the valley have been using handloom right from the beginning of Pashmina weaving, which goes back to centuries.

About the author: Qazi Wasif is a freelance journalist based in Kashmir, his work has been published in various local and national organisations.