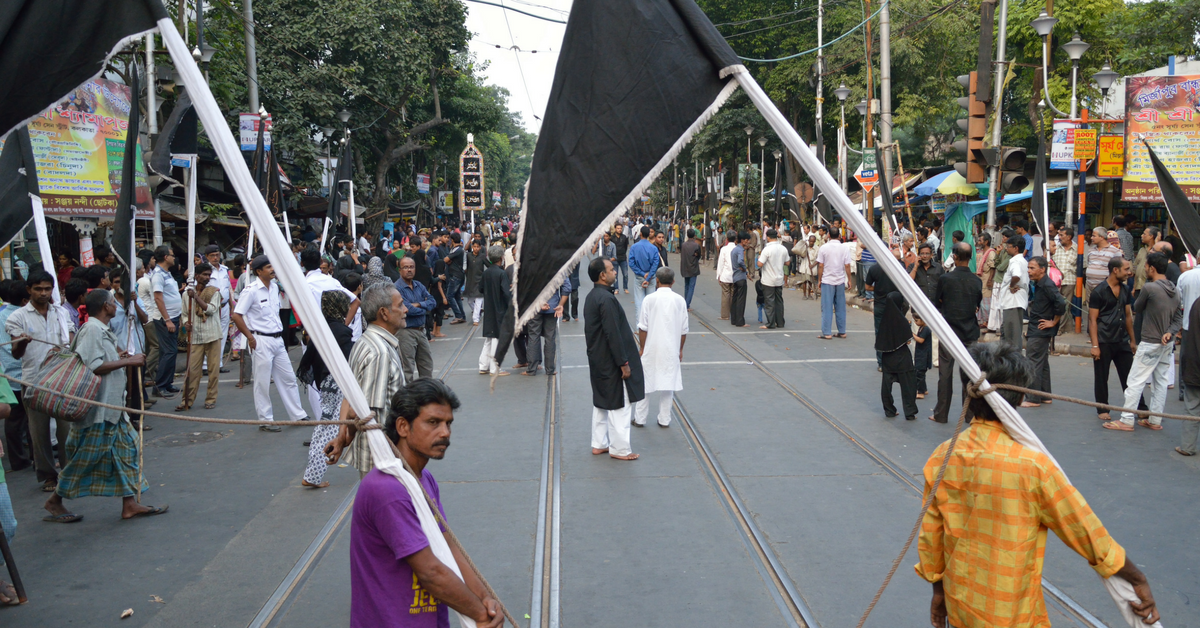 “Muharram processions can be organised every year. But we have to save the life first.”

It is news like this that restores the faith we have in the existence of a humanity in us that is deeper than other lines that tend to divide.

West Bengal’s Kharagpur is witnessing something rare. Muslims from the area decided to cancel Muharram procession this year.

The money usually raised for the procession will be donated for the cancer treatment of a Hindu neighbour instead!

The Muharram procession in Kharagpur’s Puratan Bazar is organised by the Samaj Sangha Club. This year the club will raise Rs 50,000, the amount needed for the celebration, for Abir Bhunia (35), a mobile recharge shop owner who is suffering from Hodgkin’s lymphoma, a cancer of the immune system.

They have already given him Rs 6,000, as reported in Hindustan Times.

These are times when each community wants to take out a bigger procession than the other just to prove their superiority. News like this is truly a refreshing change and deserves to be praised.

In a statement to Hindustan Times, Amjad Khan, Secretary of Samaj Sangha said, “Muharram processions can be organised every year. But we have to save the life first. We have started raising money. On Friday, after the namaz, we will ask the imam in the mosque to announce a donation drive for Abir. We hope to raise a much larger amount than the budget for our procession.”