How This Bengaluru Quarry Went From Garbage Dump to Beautiful Park Initially, they had to face opposition from the villagers as they had seen other landfills which were not done scientifically and had been a failure.

A satellite image of north Bangalore shows a giant white crater. This crater is where a 180 acre-wide granite quarry cluster is located, fulfilling the city’s requirement for construction material.

There are around 123 such quarries around the city, out of which the one in Bagalur village is setting an example for the rest.

The stone quarry at Bagalur, on the outskirts of north Bengaluru, was abandoned a few years ago, after which it had become a dangerous spot due to the 200-foot deep pit.

Slowly the site became a dumping ground for Bengaluru’s waste. This led to a threat of various diseases among the nearby residents.

However two years ago, BBMP took notice of the place and claimed the site for a landfill.

A few waste management activists, who have consistently been working on landfills, also voluntarily came forward to help the civic authority.

The result is complete control of landfill gas and leachate (liquid that has dissolved or entrained environmentally harmful substances that may then enter the environment), and limited access of vectors (e.g., rodents, flies, etc.) to the waste. Ramprasad, an experienced waste management activist who had been volunteering for the project, told The Better India that initially, they had to face opposition from the villagers as they had seen other landfills which were not done scientifically and had been a failure.

However, according to Ramprasad, it was Sarfaraz Khan, Joint Commissioner, Solid Waste Management and Rangaswamy, Superintendent Engineer of Bagalur (now retired), who stood up for the plan and made sure that it worked. “If you look examples for landfills, Bagalur is the best one. Very minute details were taken care of like – how would the methane gas come out or where will the leachate go,” says Ramprasad.

Er. Rangaswamy made the design exactly as the experts suggested and the work started in May 2016. The 200-foot deep quarry pit took 300-400 tonnes of mixed waste every day. Even by conservative estimates, the pit had 1.35 lakh tonnes of mixed waste when it was filled to the brim by the end of August 2017.

After every 8 feet or 10 feet of garbage, 8 feet of mud capping was given. This ensured that the compacting happened properly. Pipes were installed, and leachate was accumulated to drain it out to a well specially made for this purpose. 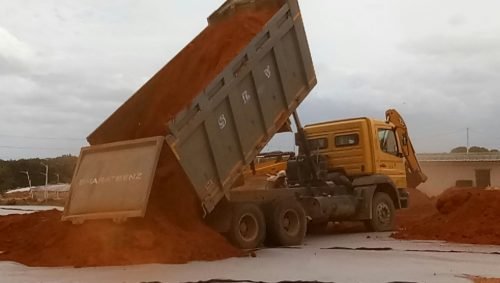 Civic officials have built 12 leachate collection tanks and provided several vents for the release of methane gas. Once the pit was filled with waste, BBMP capped it with a layer of debris over which a High-Density Polyethene liner was laid.

The final layer consisted of fertile red soil to a height of 1.5 metres. Saplings of neem and amla and flowering plants like crotons were planted on this finally.

The locals have also grown some fruit trees and even Ragi for the birds and little animals to feed on. Ramprasad says that it might take another six years to get rid of the methane gas released by the quarry pit.

After this, the authorities are planning to make it a children’s park.