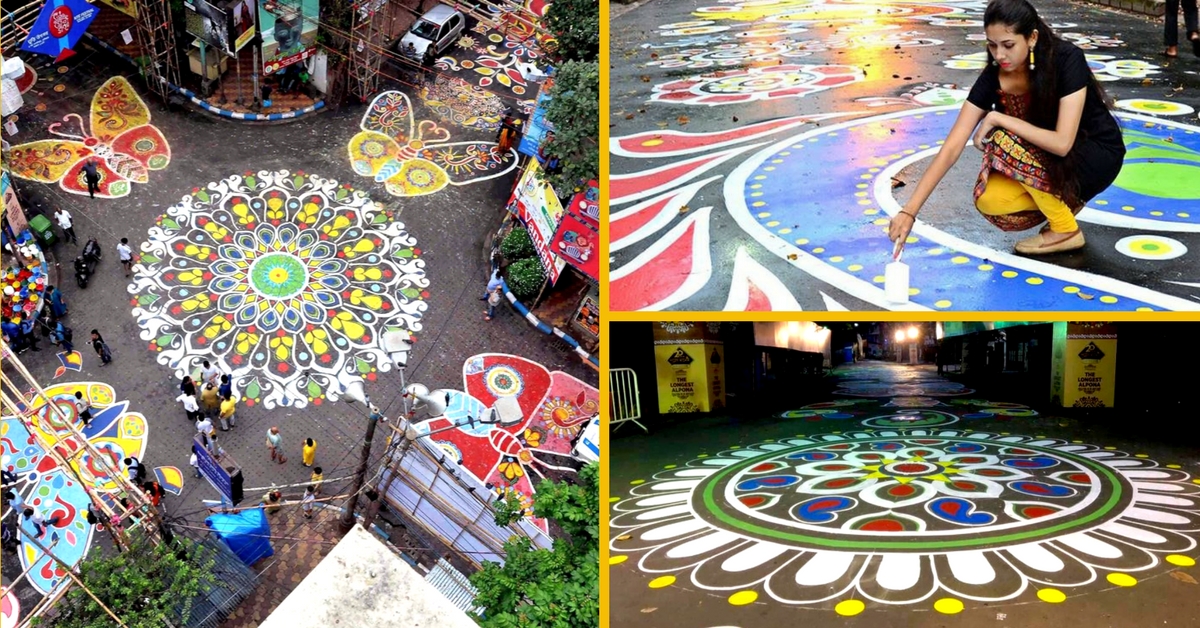 Unveiled by popular Bengali actor Prosenjit Chatterjee on Mahalaya, the day which ushers in the countdown to Pujo, the rangoli is a sight to behold!

With the onset of the Durga Puja, the entire nation gears up for festival season.

But for Bengali folks, Pujo is not just a festival—it’s an emotion!

And to make this year’s festival an affair to remember, around 325 art students came together and created the longest alpona (rangoli made with rice flour paste) ever, on the 1.23km stretch of Lake Road in Kolkata.

18 hours and 280 litres of paint later, one got to witness a breathtaking piece of art full of motifs and designs, painstakingly hand-painted by the students.

Unveiled by popular Bengali actor Prosenjit Chatterjee on Mahalaya, the day which ushers in the countdown to Pujo, the rangoli is a sight to behold and pictures of which are going pretty viral on the social media!

Here’s a peek at the amazing artwork conjured up by the folks of Kolkata:

This year, the Pujo week has already commenced with Mahalaya falling on September 19.