PV Sindhu & Saina Nehwal Have an Unlikely Fan – All the Way From Spain! 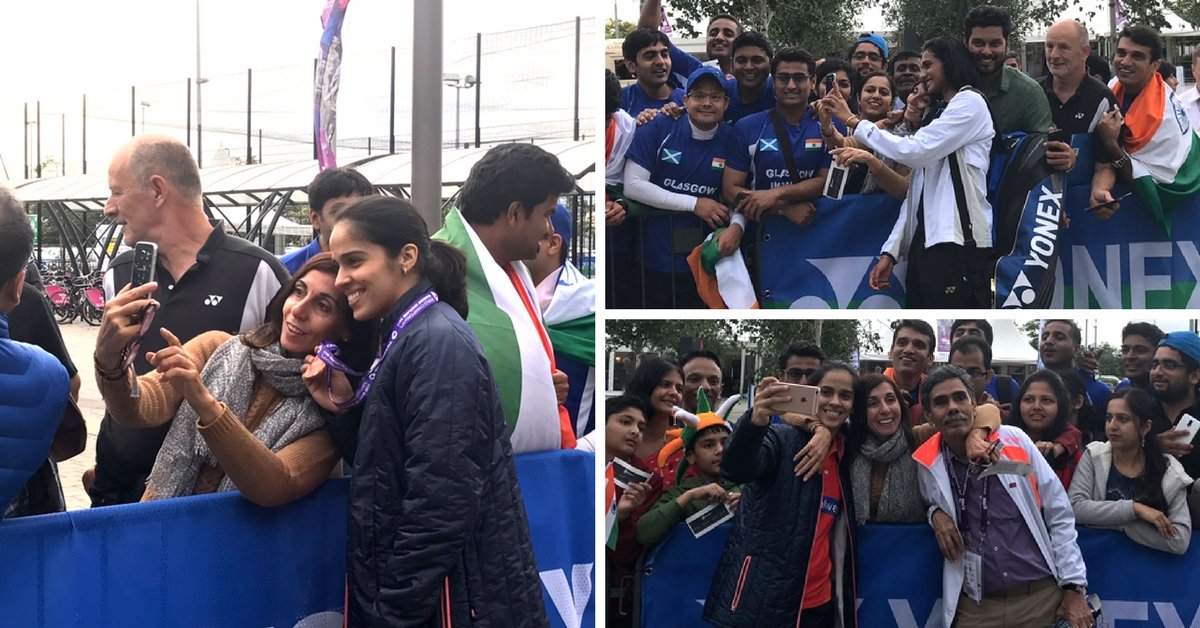 This year’s Championships saw both Sindhu and Saina finishing with silver and bronze medals.

Prolific badminton stars Saina Nehwal and P.V. Sindhu have scores of fans across the country who wait outside every match to click a selfie with the sportswomen.

However, at the venue of World Badminton Championship in Hyderabad last week, one lady patiently waited for her turn amidst all the followers and yet she was no ordinary fan!

Clearly, Toni Martin, who is the mother of Rio Olympic champion Carolina Marin, is a fan of both the Indian shuttlers.

She was spotted waiting in the area designated for fans until the players came out.

Toni managed to get a picture with not just the silver and bronze medallists of the World Badminton Championships but also with Saina’s father Harvir Nehwal and Sindhu’s mother P Vijayalakshmi.

Among the Indian fans waiting for @Pvsindhu1 and @NSaina was Carolina Marin's mother as well. What a lady pic.twitter.com/ZJPc2xXgzS

Interestingly, Spanish champion Carolina Marin has had many on-court trysts with both women.

You may also like: This Badminton Legend is the Deafalympian of the Century. But You’ve Probably Never Heard of Him!

While she had claimed the Rio Olympic title by beating Sindhu in the finals last year, the latter had managed to steal the glory by defeating Marin in the India Open Super Series title in April. Similarly, Saina was beaten by Marin in the 2015 World Championship final that was held in Indonesia.

This year’s Championships saw both Sindhu and Saina finishing with silver and bronze medals. However, Marin had crashed out of the quarterfinals to eventual gold medalist Nozomi Okuhara.

But that didn’t stop the Spaniard’s mother from cheering for the Indian stars!