Jaypee Group Case: Here’s How Far RERA Can Help When Your Builder Is Declared Insolvent The Jaypee Infratech filing of Insolvency proceeding under the Insolvency and Bankruptcy Code does not absolve them from their obligations.

Jaypee Infratech Ltd. is the subsidiary company of Jaypee Group which is engaged in infrastructure projects and has developed the 165 kilometer long Yamuna Expressway, Wish Town project in sector 128 of NOIDA. Jaypee Infratech is under heavy debt of around Rs.8,000 crore. The company owes Rs. 526 crore to IDBI bank. Considering this, IDBI bank has filed a petition before National Company Law tribunal (NCLT) to initiate insolvency proceedings against the company. The Allahabad bench of NCLT has admitted IDBI bank’s petition and has declared Jaypee Infratech as insolvent. Homebuyers are required to file their claims against the company in NCLT before 24th August. For filing claims you can contact lawyers through LawRato. Insolvency cases are likely to go up as Bank of Baroda has also filed an insolvency claim against Amrapali. After Amrapali, other developers such as Era, Earth, Gardenia have declared their inability to pay their debts.

As per the reports, Corporation bank has decided to auction Gardenia’s corporate office located in Vasundhara, Ghaziabad. Union Bank of India has gone to court against Era Developers and Earth Infrastructure has stated in court that they do not have funds to repay bankers and Noida Authority. The pertinent question here is will the provisions of RERA be applicable during insolvency proceedings.

As per section 89 of the Real Estate(Regulation and Development) Act, 2016, the provisions of the this act are applicable on all the projects that are registered under this act even during the insolvency proceedings.

The Jaypee Infratech filing of Insolvency proceeding under the Insolvency and Bankruptcy Code does not absolve them from their obligations.

RERA can also the revoke registration if terms and conditions are not met. 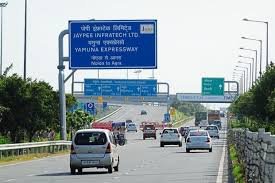 “Right to home is an essential part of Right to Life and enshrined as a fundamental right in the Constitution of India. RERA is an act for public and special purpose and has an overriding effect over the general acts and can possibly do so over the Insolvency Act as well”, says Advocate Aditya Parolia, Partner of  PSP Legal, Advocates and Solicitors.

After the moratorium period of 270 days expires and asset restructuring is complete, state authorities will have to intervene and appoint an administrator who will monitor the cash flows of the real estate developer and also ensure that project is either completed by the developer or third party is brought in to complete the project.

Learn more and get guidance here.