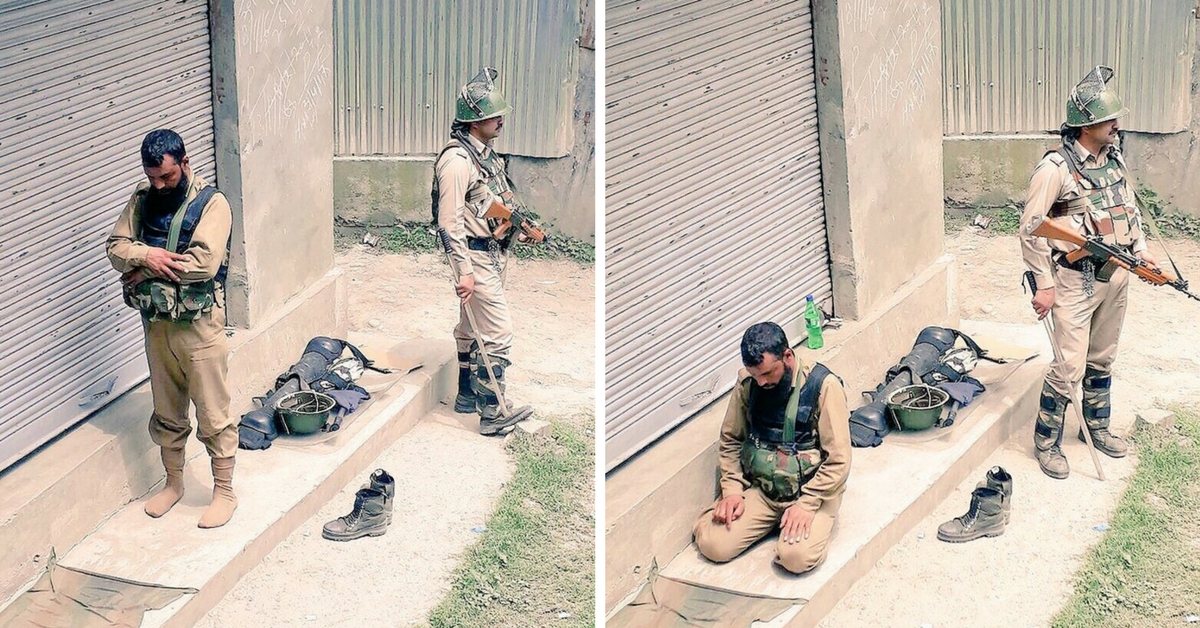 The image of a Muslim jawan and a presumably Hindu CRPF personnel is shot in one of the most sensitive zones in the country.

Breaking all notions of communal disharmony prevalent in the country, one picture posted on the Srinagar CRPF’s official Twitter account has taken the internet by storm. The iconic picture is an accurate depiction of the real India. An India which stands for secularism, communal harmony and a love that transcends boundaries of religion.

Captioned “brothers-in-arms for peace,” the picture posted last evening, shows a CPRF jawan offering Namaz, while another stands and guards him.

The image of the Muslim jawan sitting in front of a closed shop and a presumably Hindu CRPF personnel guarding him is shot in one of the most sensitive zones in the country.

In a Kashmir where riots, public unrest, stone pelting and deafening sounds of gunfire are far from alien, our Muslim and Hindu brethren live in absolute harmony.

Read more: Why a Brit Came to India 18 Years Ago & Made a Home for the Differently-Abled Abandoned at Howrah

The photograph has touched the hearts of many and their responses to it bear witness to what real India stands for.

2. Some spoke about the importance of co-existence.

4. Some were left speechless and spellbound.

5. This is the India we want to live in.

heart filled with joy after seeing this pic…jai hind brothers ??