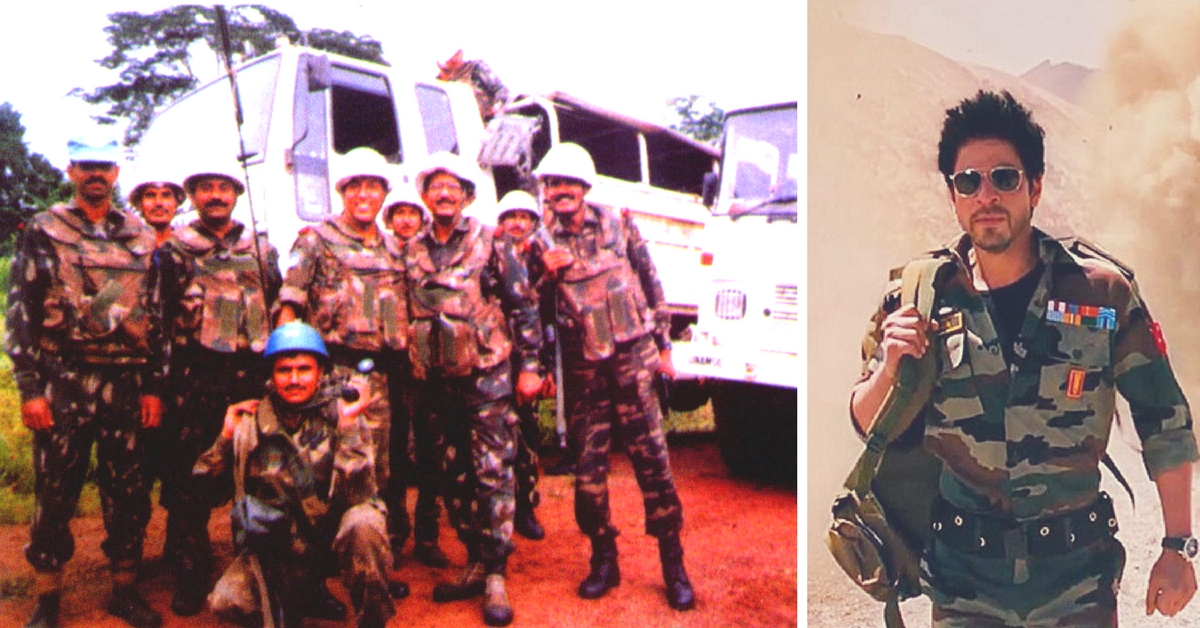 An unequivocal Indian military success, Operation Khukri holds a special place in the history of independent India. Here’s a rare window into this little-known mission!

From being touted as a “landmark cinematic achievement” to being called one of the best war films ever made, Christopher Nolan’s war epic Dunkirk has been getting glowing reviews across the world. The movie (which tells the story of the evacuation of Allied troops from the beaches and harbour of Dunkirk in northern France during World War II) also wove its magic on the Indian audience – it grossed over ₹15 crore in its opening weekend itself!

However, while Dunkirk has received much critical acclaim, it has also been criticized by many for ignoring the significant contribution of Indian soldiers in Dunkirk. According to historical data, nearly 2.5 million soldiers from the Indian sub-continent served with the Allied army during World War II. In France, 1,800 Indian soldiers and 2,000 mules were tasked with transporting arms and ammunition to battle zones that weren’t accessible by vehicles.

As Oxford historian Yasmin Khan writes in her book, ‘The Raj at War’, “Britain did not fight the Second World War, the British Empire did.”

A record of the contribution of brave Indian soldiers on foreign shores is incomplete without the mention of the little-known Operation Khukri. A daring mission in which 223 UN peacekeepers (held captive by rebels) in Sierra Leone were rescued and evacuated by the Indian Army and the Indian Air Force, Operation Khukri is one of history’s most successful rescue operations.

Interestingly, this little-known mission is being recreated on celluloid by Red Chillies Entertainment (Shah Rukh Khan’s home production banner). A celebration of the unsung heroes of the Indian Armed Forces, the high-budget film will be shot in real locations in Africa and will have real-life armed combat sequences.

Here’s the story of Operation Khukri, a remarkable rescue mission that remains a feather in the cap of Indian Armed Forces!

The year was 2000. A potentially rich country kept in a state of poverty by successive corrupt and power-hungry governments, Sierra Leone in west Africa had become a hot spot of violence, strife and rebellion. The armed rebel groups of the Revolutionary United Front (RUF) had taken control of large swathes of territory that were rich in diamond deposits, leading to the collapse of the country’s economy and trapping ordinary citizens between the cruelty of RUF troops and starvation.

The escalating unrest had left the UN no choice but to intervene by sending peacekeeping troops. India accepted the responsibility of stopping the brutal civilian killings in the strife-torn country. Soldiers of the Indian 58th Gorkha Rifles, the 14th Mechanised Infantry and the 23rd Mechanised Infantry (together designated as INDBATT-1) were sent to join the UN Mission in Sierra Leone (UNAMSIL) and help the local government disarm the notorious rebels.

In April 2000, two companies of INDBATT-1 were deployed in Kailahun, while the rest of the peacekeeping unit had been dispatched to Daru. That’s when things started going wrong. On May 1, the trigger-happy rebels attacked the soldiers at Makeni and Kailahun.

Over 200 soldiers of the 58th Gorkha Rifles and 11 military observers of various nationalities were taken hostage, with armed cadres of the rebel forces setting up a siege around their base camp. For the next 75 days, the UN negotiated for the release of the captive peacekeepers. The international community looked the other way as the negotiations dragged on, with the American and British governments advocating ‘patience and restraint’ in the face of the hostage crisis.

With no results emerging from the negotiations, the Indian government decided to take charge of the situation and gave the responsibility to the Indian Air Force (IAF) and the Indian Army. As such, Operation Khukri was launched to break the rebel siege at Kailahun and extricate the Indian soldiers being held hostage 10,000 kilometres away in the sultry tropical forests of west Africa.

Under the leadership of Major (now Lt Col) Harinder Sood, 120 special force officers of the IAF and the Indian Army were airlifted from New Delhi and flown to Sierra Leone in what was dressed up as a multinational UNAMSIL mission (logistic support was provided by Britain, Ghana, Nepal and Nigeria).

On July 15, two British Chinook helicopters carrying Indian para commandos landed in the dense equatorial forest surrounding the camp were the soldiers were being held hostage. As per plan, the Chinooks were to be followed by three IAF MI-8 attack helicopters (AH). However, these helicopters could not take off due to bad weather.

Beginning the assault, the para commandos detonated explosive charges to breach the walls of the military camp and rapidly entered the camp at Kailahun. One team advanced to rescue the hostages, while another (accompanied by the Ghatak commando platoon) used armoured reconnaissance vehicles to engage with and neutralize enemy check posts.

You May Like: Formidable Fighters: 8 Indian Special Forces That Are Truly Badass

Aided by two teams of heavily-armed para commandos, the rescued Indian soldiers used the jeeps and trucks in the military camp to fight their way out through the breach. Progress was slow as the tyres of the vehicles frequently got stuck in the marshy, muddy land of the forest and the soldiers had to get down to push them out of the rut. Continuous sniping and rocket fire from rebels (who were in hot pursuit) added to the convoy’s troubles.

To protect the rescued soldiers, the para commandos took up posts on all the vulnerable positions around the convoy and responded to the heavy enemy firing with their own. As they escaped towards the town of Geihun, the team also laid booby traps and improvised explosive devices (IEDs) to delay and deter the pursuing rebels. As the forest cover thinned, IAF’s Mi-35 helicopter gunships swung into position to provide additional security for the convoy.

As the convoy entered Geihun, they were greeted by the 18 Grenadiers of INDBATT-2 who had been airlifted from Daru to provide cover and support. One hour later, the rescued hostages were airlifted to Daru by IAF Mi-8 helicopters.

With no Indian casualties and no injuries other than a few shrapnel wounds, Operation Khukri’s resounding success was a testimony to the prowess of the Indian para commandos and the IAF contingent (which flew an impressive 98 sorties over 66:05 hours during the operation)!

An unequivocal Indian military success, Operation Khukri holds a special place in the history of independent India. Here’s hoping that the upcoming movie provides a rare window into this little-known mission!