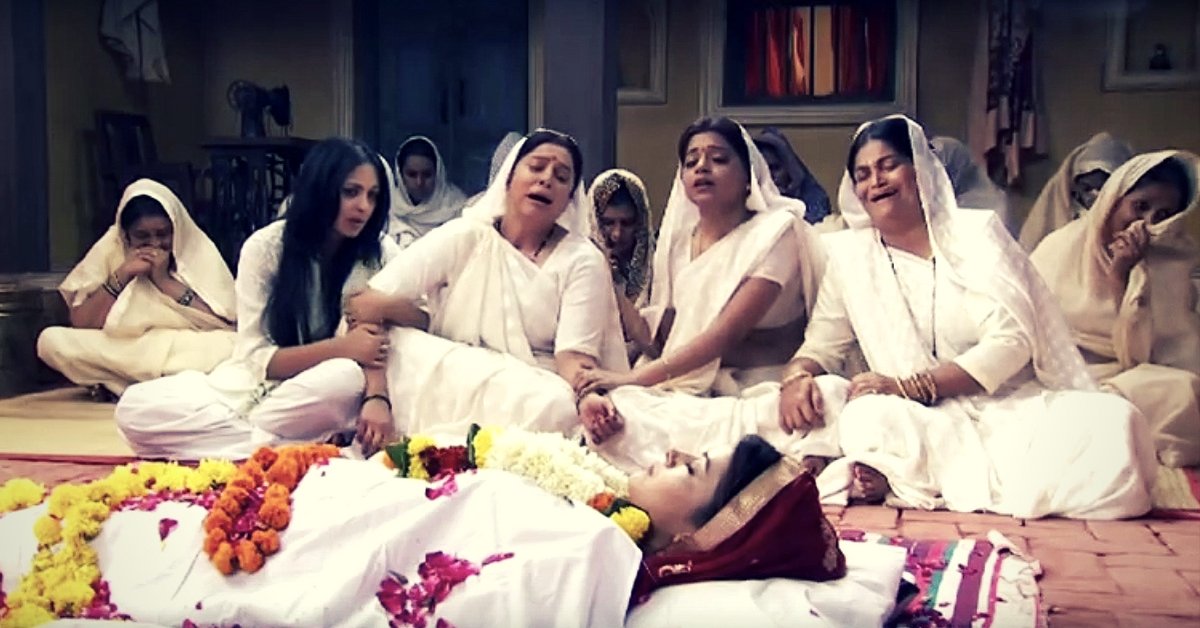 Population Foundation of India (PFI) used a television soap opera as a vehicle to raise awareness on vital gender issues, question patriarchial gender norms, and change attitudes among India’s rural poor. Poonam Muttreja, Executive Director of PFI explains how and why they did so.

When Dr Sneha stood up to face the social evils in the heartland of India; the sentiment resonated with millions across the country. When she challenged deep-rooted social injustices, men and women across India celebrated.

Dr Sneha though, is not real. She is the unlikely protagonist of a soap-opera. But for millions of Indians who watch her every day, she is a woman of grit and determination – a reel-life persona that real-life people are striving to become.Such is the power of entertainment education.

And the Population Foundation of India (PFI), through its trans-media intervention Main Kuch Bhi Kar Sakti Hoon (MKBKSH) or I, A Woman, Can Achieve Anything, has leveraged this power and the character of Dr Sneha, to change social norms.

But, why change norms?

Data shows that 47 percent of women (aged 20-24 years) in India are married by the age of 18*. Ninety-five percent of married adolescents below 18 years report not using any modern contraceptives, with the country reporting an overall 20 percent unmet need for family planning.

The Government of India’s Ministry of Health and Family Welfare (MoHFW) estimates that if current unmet need for family planning could be fulfilled within the next five years, the country could avert 35,000 maternal deaths and 1.2 million infant deaths.

We, at PFI, know that no health problem exists in isolation; that there is a larger story behind every health issue, and that this is governed by the social, cultural, economic and behavioural contexts of the community.

Socialising starts very early and if young boys and girls have experienced patriarchal structures and patterns, they tend to emulate them or see them as the norm.

For instance, according to the last NFHS survey, 40 percent of women thought it was legitimate for them to be beaten up by their husbands for reasons as innocuous as them not putting enough salt in the food or that they had stepped out to go to the market without ‘permission’.

You might also enjoy reading: These 11 Bollywood Classics Were Ahead of Their Time, Providing More Than Just Entertainment

Because without changing long-held, deep-rooted beliefs around how men and women should think, behave and act, it is almost impossible to bring about positive health-seeking behaviour or long term social change.

We believe that mass media has the power to influence the masses. Since 90% of the Indian population across urban and rural areas has access to television, PFI decided to make a television series to raise awareness on vital gender issues.

It sought to illustrate how the prevailing skewed gender norms, including social and familial roles, result in negative health outcomes for girls and women, impact the wellbeing of their families, and impede society’s overall progress.

Guided by the commercial success of soap operas in India, the series took shape as a soap opera and involved eminent film and theatre personalities. Acclaimed theatre director, Feroz Abbas Khan directed both the seasons of the series while filmmaker and actor, Farhan Akhtar was the sutradhar for Season Two.

With 131 episodes aired on India’s national television channel, Doordarshan, (DD), MKBKSH reached an estimated 400 million viewers across two seasons. When the series was adapted for radio according to All India Radio’s (AIR) Audience Research Unit, the two seasons accounted for 60 million listeners every week.

An external evaluation of MKBKSH Season 1 in the states of Bihar and Madhya Pradesh showed that just through 52 episodes spread over eight months, the series improved knowledge about issues like awareness on the Child Marriage Act, family planning and adverse effects of early marriage. It also brought in attitudinal change and set some examples of best practices.

Entertainment education had the power to improve both individual and collective efficacy.

We realised that entertainment education had the power to improve both individual and collective efficacy. That empowering the community through relevant messages, and constant recall and reiteration through multimedia could change the knowledge, attitude and behaviour of individuals, families and communities. This would then lead to participatory action for Sexual Reproductive Health and Rights, women’s rights and deeply entrenched social issues.

Taking it where it really matters–embedding it in the system

PFI has taken this initiative to scale by collaborating with the MoHFW and UNFPA. The last 26 episodes of MKBKSH Season 2 were re-written to focus on the key themes of RKSK, the government’s flagship programme focused on adolescent health and well-being.

A series of eight short films from MKBKSH were included as part of the Saathiya Resource kit that was launched by the government in February this year. The kit is expected to be used by over 800,000 Saathiyas or youth peer educators across the nation.

This in a sense, is a recognition by the government that communications and messaging is critical to changing how people think, which in turn is key to moving the needle on stubborn development indicators in our country.

While donors–philanthropists, foundations and corporates–looking at investing in the ‘hardware’ aspects of infrastructure and delivery of services around health, education or sanitation, they usually miss out on investing in the ‘software’ of behaviour change communication.

Just imagine how lasting and varied the reach could be if a large corporate could take on entertainment education and address innate social issues that hinder economic growth and empowerment.

Adapted from an article originally published on the India Development Review website. Like what you read? Learn more about what’s happening in development in India. Have an idea? Tell us what you want to read.