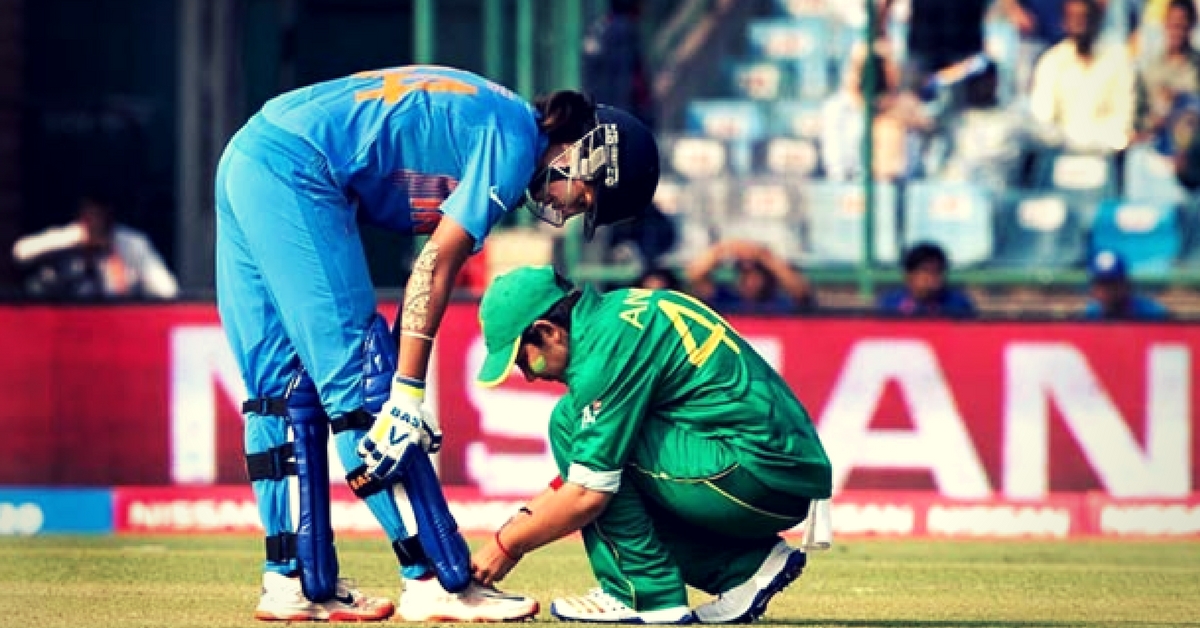 Taking a look back at some finer moments in the cricketing history shared by the two nations.

In the run up to the much-awaited ICC Champions Trophy ODI this weekend, here’s a look back at some of the better photographs India and Pakistan shared through cricketing history.

A respectful shake off between two skippers as India concedes defeat to a flaring Pakistani batting line-up in November 2007, Mohali.

The century, the sultan and humble all-rounder

A sign of respect from Shahid Afridi as he applauds Virender Sehwag on scoring a century in June, 2008, Karachi.

You may also like: India’s First International Cricket Match Left England Rattled way Back in 1932.

Shahid Afridi, Virender Sehwag and Harbhajan Singh share a light moment off the pitch. The three giants are well known for hitting it off with the other side.

Fans mingle before the 2011 World Cup semi-final between the two teams.

A see-saw match, a standing ovation and a victory lap. Chennai, 1999.

The Pakistani side runs a victory lap in Chennai to roaring applause and standing ovation by a crowd that had initially been stunned into silence by the men in green clinching a close victory.

Fanatics and Gods, beyond boundaries.

Die-hard fans from both sides have shown up time and again in support but with respect and love in their hearts.

Sportsmanship, chivalry and a pair of shoelaces.

Before the storm and after

Wasim Akram and Mohammed Azharuddin share a warm handshake before an explosive match in Chennai, 1999.

The two teams exchanging pleasantries after an Asia Cup match.

You may also like: This 17-Year-Old Kashmiri Girl Dreams of Representing India in Cricket And Cops Are Helping Her.

‘I can’t compare anyone with him‘- Shahid Afridi on the master blaster.

A consolatory tap from Sachin Tendulkar after India defeated Pakistan in March 2011, Mohali.

If ever a picture was worth a thousand words, it was this this that captured a light moment between two big hitters in March 2016.

Here’s wishing both teams the best for their match on Sunday, may the best side win!