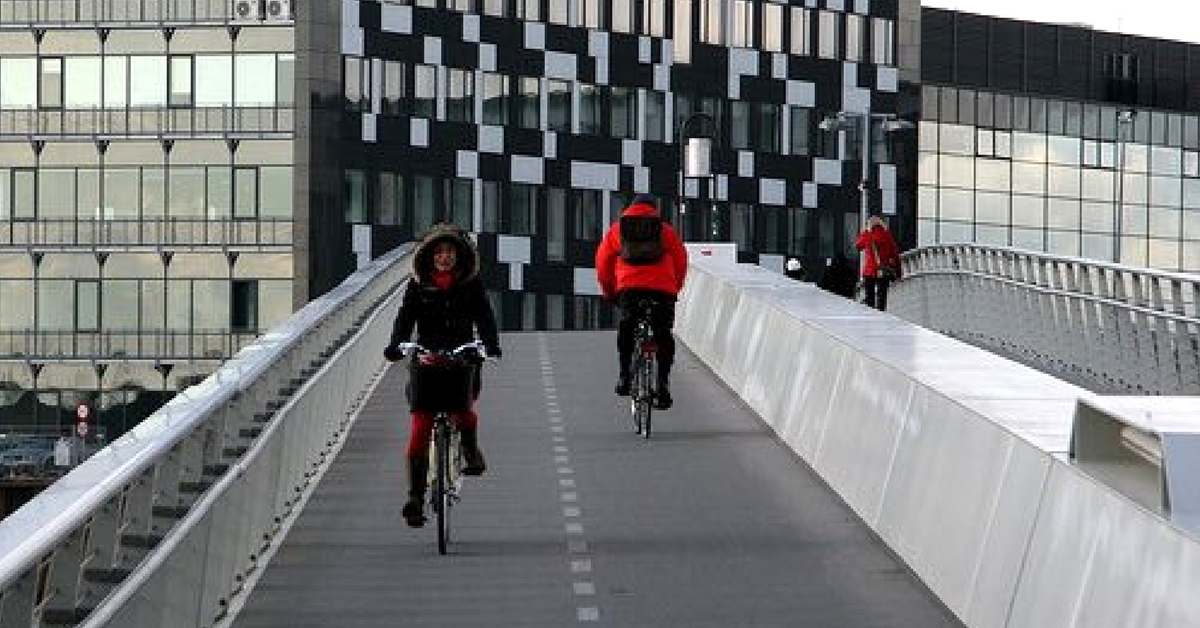 In an attempt to keep cyclists and pedestrians away from the congestion and pollution of the motor traffic, the National Highways Authority of India has proposed a plan to construct the track vertically above the proposed highway.

Update: The Ministry of Road Transport and Highways has given its approval for the construction of an elevated cycle track between Geeta Colony and Shastri Park. The track will be built on a proposed highway connecting Akshardham in Delhi to Baghpat and Saharanpur in Uttar Pradesh via the Loni border.

In an attempt to keep cyclists and pedestrians away from the congestion and pollution of the motor traffic, the National Highways Authority of India has proposed a plan to construct the track vertically above the proposed highway. It will allow them to move without any obstruction from the traffic on the road.

Manoj Tiwari, a member of the Lok Sabha from Northeast Delhi told India Today, “This project will be a big relief to lakhs of commuters in the trans-Yamuna region, besides adding to the aesthetics. The elevated cycle track will also mitigate the safety concerns of the cyclists, as it will be completely segregated from the motorised traffic.”

If all goes according to a proposed plan by the city authorities of Delhi, then the capital will soon get a first-of-its-kind 6-km elevated cycle track. And since it will be completely covered, it will even sport a solar paneled roof!

The proposals for the ₹50 crore project from the Delhi government have been sent to Unified Traffic and Transportation Infrastructure (planning & engineering) Centre (UTTIPEC) and authorities are waiting for the approval to be processed.

The spacious corridor, which would be 20-feet-wide, would begin from the Satpula drain and end at Barapullah.

The drain is actually of historic significance as it was a dam built by Mohammad Bin Tughlaq in the 14th century.

Speaking to Hindustan Times, an official notes, “The environs of the Satpula are in a pathetic stage with the sewage leaking from the pipes coming from Khirki village. The corridor is proposed parallel to the 5.5-km-long drain and we will develop greenery on the corridor to save the historic water dam.”

The corridor will have benches inside for people to sit and would double up as a tourist destination as well. Authorities are also hoping to conduct various activities inside the corridor once it gets built. In order to ensure the safety of those who use it, an abundance of CCTV cameras will be installed. Additionally, the roof will sport solar panels. And since the corridor will be roofed, it will protect the commuters from rain or extreme sun as well. The government wants to get the project completed by 2018

You may also like: Noida, Delhi and NCR Residents Can Now Fight Air Pollution With These Oxygen Bombs!

Recently it was reported that Environment Pollution Control Authority (EPCA) warned that not only is the city in danger of primary air pollutants but secondary particulate matter that are born out of them also pose an additional threat. Authorities have long tried to get the levels of air pollution in Delhi under control for the safety of its residents, and promoting activities like cycling might just hold the key.