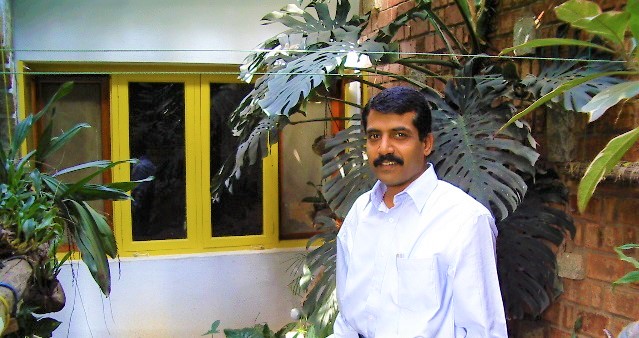 A municipal water tanker trundles into a neighbourhood that has not received water in its taps for days. Amid much jostling, a swarm of hassled residents promptly converge on it, carrying bottles, buckets, vessels, drums and basically anything that can store water. This is a familiar scene during the scorching summer months in many Indian cities.

Every year during summer, India appears to be on the verge of a water crisis once again despite witnessing bountiful rains the previous year. The fast-growing metropolis of Bengaluru, India’s IT capital, too is no exception to these water woes. Its elevation (the city is around 3,000 feet above sea level) and hard granite-gneiss terrain have also meant that sourcing water for household use has always been a challenge.

Cauvery, the closest perennial river, flows over 100 km away and at an altitude that is nearly 1,000 feet lower than Bengaluru’s, making it extremely expensive to pump water to the city’s residential areas. Also, with the city’s population swelling over the years, ground water levels have decreased sharply.

One man believes that this dire situation can be turned around. A R Shivakumar believes that a lot of water is being wasted due to mismanagement and that planned rainwater harvesting (RWH) can effectively sustain the city’s water supply.

A senior scientist at the Karnataka State Council of Science and Technology (KSCST) at Indian Institute of Science (IISc), Shivakumar is not a new convert to the concept. A vociferous proponent of RWH, he does not have a Cauvery water connection in his home and he has been relying entirely on collected rainwater to serve all his family’s needs for over two decades.

Shivakumar has also invented tools that simplify RWH at home and has even worked with local authorities to popularise rainwater harvesting in Bengaluru!

In 1995, when Shivakumar started building his house, he did a lot of research to look for alternatives that would fulfill his family’s needs without harming the environment. His first step was to analyse the water bills of residents of the locality to map the water consumption of an average family.

He found that his findings matched the water consumption norms published by WHO – a family of four uses approximately 500 litres of water per day. Next, he sat and tabulated the rainfall data in the city over the last 100 years. He was surprised to discover that as per the data, there is more than enough rainfall in the city, even in the worst monsoon-deficient years.

The only catch was that while it rained for about 60-70 days in a year, the water had to last for 365 days.

“I did some calculations and realised that the gap between two good rains is seldom more than 90 to 100 days. So I built a series of RWH tanks that could store almost 45,000 litres of water to tide over these 100-odd days. Also, to ensure that a motor was not needed, I stored the water on the rooftop to avoid it being sent down and pumped up again,” explains Shivakumar.

Each tank has been fitted with an innovative filter device that has been built and patented by Shivakumar himself. Called Pop-Up Filter, the device uses a simple silver sheet to remove all impurities from the collected rainwater before channeling it around the house. It can be vertically installed on the walls of a small buildings (for bigger buildings, Shivakumar has designed a ‘First Flush Lock and Diverter’ that performs the same function).

Careful not to let even a drop of rain water go waste, Shivakumar has also dug percolation pits in the garden around his house that help in the direct recharge of the ground water table. (Incredibly, within one year of recharge, the groundwater table around Shivakumar’s house ‘Sourabha’ rose from 200 ft to around 40 ft!) This system is also a backup for the rare case in which it doesn’t rain in Bengaluru for more than 100 days – water drawn from a shallow tube well, recharged by the rainwater, helps meet the family’s requirement.

Other than RWH, Shivakumar is also judicious while using water at home. He has designed and installed an effective greywater recycling system at his home – the outlet water from his washing machine is stored in a separate tank and is used for flushing toilets in the house. In the same way, water from the kitchen is stored and used for gardening.

You may like: A Husband-Wife Duo Is Harvesting Rainwater & Solar Energy at the Same Time – Using an Umbrella!

Shivakumar has also tweaked his household devices to make them more eco-friendly. For instance, the containers used to store water from the solar water heaters have been lined with rice husk to ensure that the water stays hot throughout the day. The LED lights in the house are solar powered while the rooftop water tanks and surrounding garden help naturally air condition the house.

Over the years, Shivakumar has designed and implemented hundreds of rainwater harvesting projects in Bangalore, including at Vidhana Soudha, the Karnataka High Court, corporate offices (such as Arvind Mills and Intel India) and several housing societies in the city. He has also trained Bangalore Water Supply and Sewerage Board (BWSSB) plumbers, building contractors and architects in the integration of RWH in construction.

The RWH at Vidhana Soudha

Shivakumar’s RWH systems are also being used in Africa as well in some European countries. The Norwegian government has also selected it for its joint project with the Indian government. He has been honoured with several awards like central government’s National Innovation Award, Karnataka government’s Ammulya award and Rotary International’s Citizen Extraordinary award.

The RWH expert also played a key role in getting the Karnataka government to pass an amendment to the (BWSSB) Act that made rainwater harvesting compulsory for houses and offices with an area greater than 2,400 sq. ft. in the core of Bengaluru.

Shivakumar’s expertise and technical know-how is now being utilised by the government of Meghalaya to build a RWH infrastructure in the state. Home to Mawsynram and Cherrapunji (the wettest places in India), Meghalaya receives one of the highest rainfall in India, but still suffers from acute water scarcity when the precipitations drop sharply from November until March.

“Nature holds the answers to the problem of urban water scarcity. Contrary to popular belief, rainfall in Bengaluru has actually gone up in the last few years but much of it goes unharnessed. We must catch the rain wherever and whenever it falls. If even half of the houses in the city (that are similar to mine) are retrofitted with RWH systems, Bengaluru may never face water scarcity. And this goes for other Indian cities too,” concludes Shivakumar.

Also Read: 7 Great Techniques by Which You Can Easily Harvest Rainwater at Your Home This Monsoon