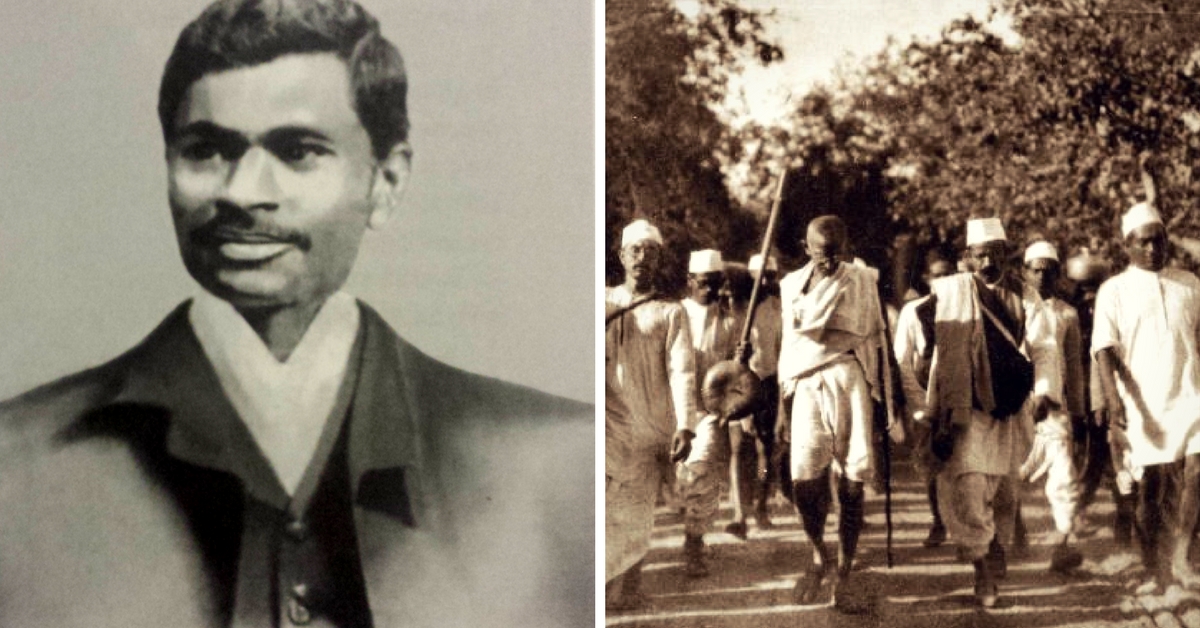 In the stirring story of India’s struggle for freedom, few events are as dramatic, as momentous and as inspiring as the Dandi March. On March 12,1930, Mahatma Gandhi and a small band of his supporters set off from his Sabarmati ashram on a 390 km march across Gujarat to the coastal city of Dandi. The heavy taxation of salt by the British was a visible symbol of the colonial exploitation of Indians.

By defying this tax and making salt illegally, Dandi March was intended to protest against the colonial government’s oppressive salt taxation and spark off the Civil Disobedience Movement in the country. However, it also had deeper, more profound implications that gave the event a unique significance.

Dandi March was Mahatma Gandhi’s way of showing the world how the British Raj unfairly imposed its will on even the most basic aspects of Indian life. However, not many know that Gandhi had discussed the idea of the Salt March with a Kathiawadi doctor almost a decade before he launched.

The man was Dr Pranjivan Jagjivandas Mehta, a person Mahatma Gandhi once described as his “greatest friend and benefactor”.

In September 1888, Mohandas Gandhi and Pranjivan Mehta met for the first time in London as law students. Also a trained doctor, Dr. Mehta had grown up in the Kathiawadi village of Morbi and the fellow Gujaratis clicked instantly. This was the beginning of a long, close and fruitful friendship between the two.

Even after Dr. Mehta moved to Rangoon, where he ran a profitable jewellery business, he remained Gandhi’s trusted and most intimate confidant. They met whenever they could and wrote to each other regularly, discussing every issue that caught their attention.

Other than being Gandhi’s closest friend, Dr. Mehta is also believed to be the first person to call Gandhi a “Mahatma” (though the title was bestowed on the leader by Rabindranath Tagore). In his book, The Mahatma and the Doctor, historian S.R.Mehrotra writes:

“In his letter to Gokhale in November 1909, Dr. Mehta had written: ‘From year to year, I have found him (Gandhi) getting more and more selfless. He is now leading almost an ascetic sort of life-not the life of an ordinary ascetic that we usually see but that of a great Mahatma and the one idea that engrosses his mind is his motherland.’”

Interestingly, this is contradicted by another theory, according to which, Nautamlal Bhagavanji Mehta is believed to be the first person to bestow the title ‘Mahatma’ to Gandhi. A relative of Dr. Mehta, Nautamlal Bhagavanji was the Nagar Seth (prominent businessman) of Jetpur and a pioneer of the Gandhian Movement in Gujarat. He has used the term ‘Mahatma’ for Gandhi in a manpatra that is displayed at the National Gandhi Museum in Delhi.

Dr. Mehta remained Gandhi’s biggest pillar of support. He himself wrote a book on Gandhi too, titled M.K. Gandhi And The South African Indian Problem. It was to him that Gandhi wrote in a letter from South africa in 1911:

“I shall be (in India) when the time comes. What more shall I say? All my preparations are meant to equip myself for the work there.”

When Gandhi returned to India and wanted to set up his ashram, it was Mehta who provided the financial backing. The Rangoon-based jeweller also donated Rs 2.5 lakh towards the establishment Gujarat Vidyapith. Concerned about the debt-ridden peasant population of India, he would often send suggestions for social and economic upliftment of the masses to Gandhi.

You May Like: The Little Known Story Of How Bihar’s Champaran Transformed Gandhi & India

So when Gandhi launched the Non-Cooperation Movement in 1921, Mehta eagerly wanted to return to India and participate in it. However, he had suffered a major stroke in mid-1920 and had to spend most of 1920 and 1921 in Europe for treatment. He did come to India in 1926 to discuss the concept of salt satyagraha and meticulously plan the a nation-wide campaign with Gandhi.

In 1929, exactly a year before he would embark on the Dandi March, Gandhi visited Dr. Mehta in Rangoon. Excited that their discussions were finally taking shape, Dr. Mehta told Gandhi that he would come to India and accompany him on the March. Unfortunately, to his deep regret, a bout of ill health prevented this from happening.

Never recovering completely from his ill health, Dr. Mehta passed away in August 1932 when Gandhi was still in jail.

Deeply distraught at having his closest confidant, Gandhi wrote: “Had I been free, the Doctor wouId have drawn his last breath in my lap. I had no greater friend than him in this whole world”.

A year later, he said: “Dr. Mehta was not just a pillar of strength for the Satyagraha Ashram (in Ahmedabad). Without him, the ashram would not have come into existence at all.”

The beautiful bond of friendship between Gandhi and Dr. Mehta is best described by historian Ramachandra Guha’s words in his famous book, Gandhi Before India.

Writes Guha: “Pranjivan Mehta was to Mohandas Gandhi what Friedrich Engels was to Karl Marx: at once a disciple and a patron who saw very early that the friend of his youth had the rankings of the heroic world-transforming figure he was later to become.”

Also Read: This Man Has Been Cleaning Dandi Beach. Every Day, for the Last 4 Years.