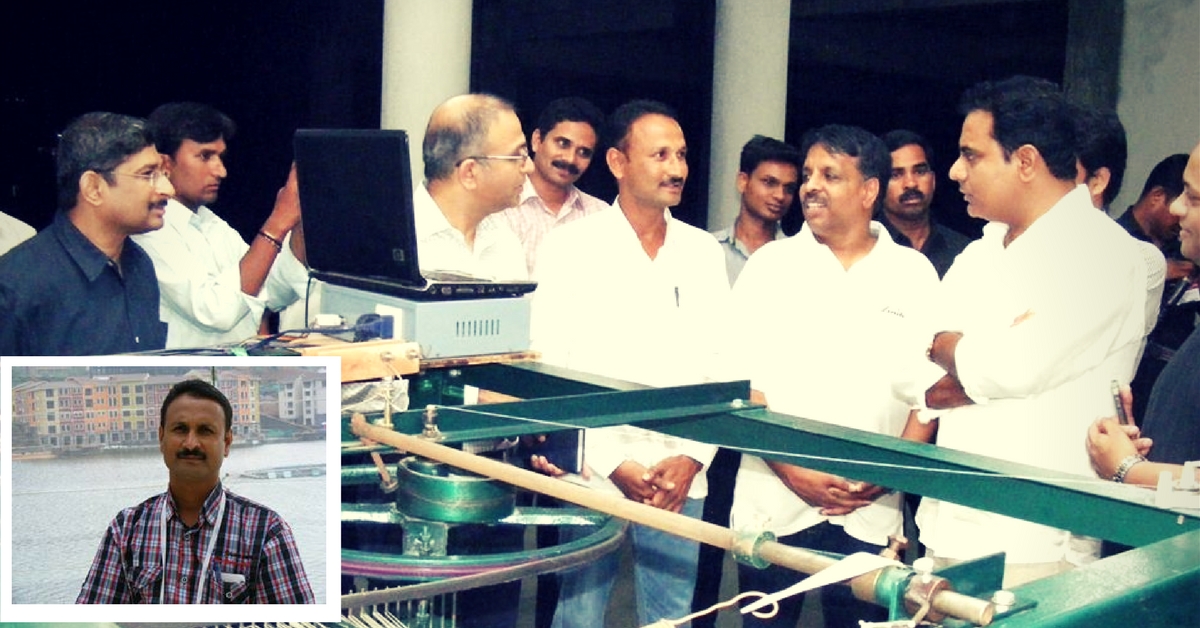 The government has announced that it will be subsiding the Laxmi Asu machines invented by Padma Shri Award winner Chintakindi Mallesham, so weavers can flourish with their craft without worrying about the costs.

The Asu is an arduous process, which is done on traditional ‘tie & dye’ Pochampalli silk sarees, and it generally takes up to 6 hours on the weavers’ machines to get it done on one saree.  Mallesham, whose mother used to be a weaver in this craft, developed a machine that cuts the process down to just an hour, enabling artisans to monetise their work better.

However, for some weavers, even that initial investment of Rs 25,000 for the machine could be too much. Despite Mallesham’s efforts to subsidise the costs through crowd-funding efforts, he still often falls short of the people and the families he wants to help in total.

Mallesham spoke to the Times of India about his own efforts, saying, “I went for the second round of crowdfunding as I wanted to help more weavers. My target is to reach 600 more families. After the first round, I raised Rs 4 lakh. I have decided to help 28 weaver families in Bachhanapet mandal in Jangaon district. They will be given the machine at 50% subsidy.”

But that was before the government stepped in.

While details are yet to be announced, the scheme from the Central government will fall under the `Hathkar Ka Samadhan Sahayata Yojna’ and according to government officials, there will be no cap on the number of weavers who can benefit from and avail this scheme.

And now, very soon more families and weavers will be able to afford weaving their dreams.