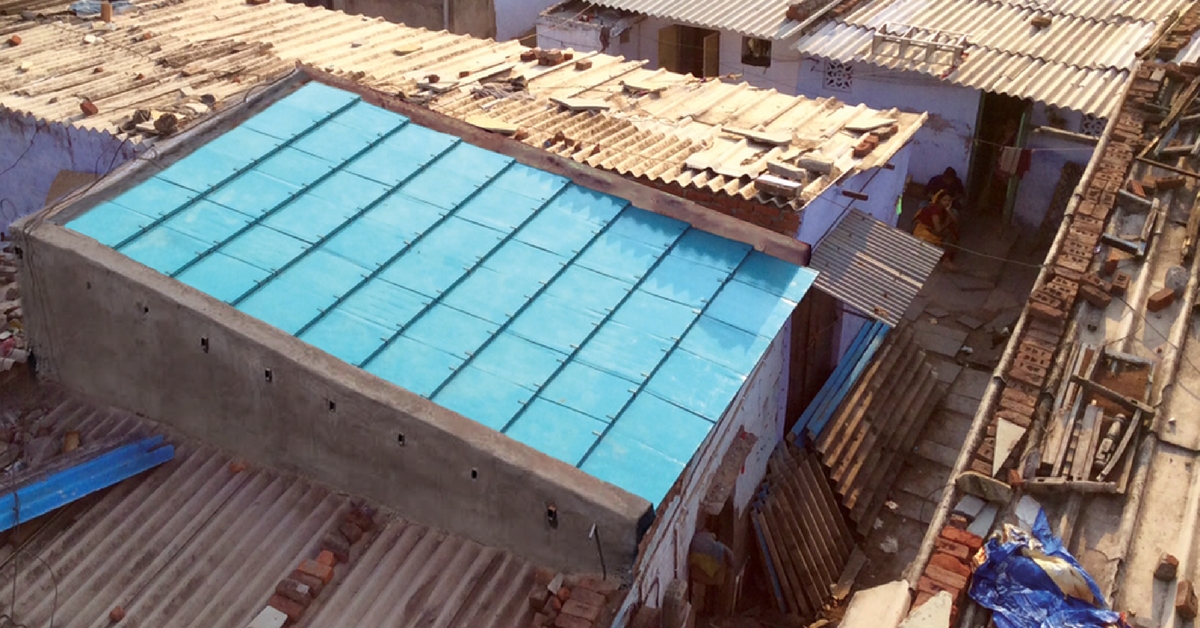 ReMaterials was awarded the Parivartan Award in the Alternative Materials category on Nov. 24 for developing affordable, durable and eco-friendly roof systems.

Having a home is often described as “having a roof over your head,” and rightly so! A roof is an important part of a house and an equally important determinant of the quality of life of its occupants. Over one billion people in slums and villages worldwide do not have safe, adequate roofing and rely on inferior quality and toxic metal and cement sheet roofs.

Recognizing what a huge challenge having a proper roof is for people, especially in slums and villages, the Alternative Materials prize at the 2016 Parivartan Sustainability Leadership Awards held in Delhi on Nov 24 was awarded to ReMaterials.

“I travelled through four states of India to understand the housing situation in slums and villages,” ReMaterials co-founder, Hasit Ganatra, said in a video about the company. “I quickly found that housing is a huge aspiration for these families and they have a tremendous emotional connect to it.”

ReMaterials is an Ahmedabad-based startup that has developed an affordable and ecologically friendly roofing solution called ModRoof. The panels are made of a new wood-like material that is made entirely out of waste materials like cardboard and agricultural waste, currently sourced locally in Ahmedabad.

“The manufacturing process is simple: it has a crushing stage, then a mixing stage, then a compression stage, drying stage and waterproofing stage,” Hasit explained to Gizmag in an interview last year.

ReMaterials has designed the roof system in a way that makes it easy to transport, install and maintain. The roof panels can last over 20 years with minimal maintenance, according to the company. Not only is ModRoof durable, it is waterproof and fireproof and has heat insulating properties.

Speaking of the low-quality roofs currently in use in many parts of India, Lisa von Rabenau, the other co-founder and head of engineering at ReMaterials, said, “I was shocked by the severity of the problem. People actually die because of these roofs… in summer they transform into saunas and old people get heat strokes.” In their own tests, the company found that temperatures inside a house that has a metal roof can rise up to 42°C, while in the same conditions the interiors of a comparable house equipped with a ModRoof the temperature was 36°C.

But the aim of the ReMaterials team is not just to produce roofs that outperform other systems available in the market but to build a product that is appealing to prospective customers. “It looks really nice and families love the aesthetics of it,” Lisa said.

The company has also tied up with micro-finance institutions to offer attractive payment plans. Currently, the highest quality concrete slab roofs can be almost 10 times as expensive as low-quality metal or concrete corrugated roofs. The company has not listed the price of the ModRoof on its website but it is priced much lower than concrete slabs, according to Hasit.

The company continues to innovate. ReMaterials has developed a solar version of their roofs that can power LED lights, charge cellphones, and do much more.

Earlier this year US-based clean energy pioneer, Elon Musk, unveiled a roofing system that also acts as a solar panel. It was targeted towards environment-conscious wealthy customers in developed countries.

ReMaterials also plans to expand globally. “Apart from India poor quality roofing is a problem in several countries,” Hasit said, “Our goal is to provide high-quality shelter to all these families, wherever they are.”