Social apps are a great way to connect with friends, but it's easy to forget that they are also extremely powerful communication tools. Here are a few inspiring real-life exmples where Indians came together on WhatsApp to reach out to those who need help.

Since being released in 2010, WhatsApp has taken the smartphone app arena by storm and revolutionised text messaging. Starting life as a cross-platform instant messaging service for people to communicate with friends and family, it has also become a powerful platform for communities to come together for social good and reach out to those who need help.

Given how popular WhatsApp is in India, it’s no surprise that organisations, as well as individuals, are finding innovative ways to use it for various initiatives. From using the app for real-time alerts to forming groups around particular causes, these community driven WhatsApp initiatives are growing at a steady pace. Their efforts have shown that it is possible to find a use for social media that goes beyond mere chit chat.

Here are examples of some inspiring initiatives by Indian citizens that have made amazing use of the WhatsApp platform for social good. In the wake of drug abuse cases involving students rising in the district, Kollam city police launched the ‘Save Kollam’ initiative. They formed a WhatsApp group with faculty members and students of the city’s colleges and schools. Citizens can also send information regarding drug use and sale to the Whatsapp group. The information is handed over to a quick response team that takes required action immediately. A WhatsApp initiative in Kozhikode, ‘Charity Never Ends’ is set to help 100 bedridden patients in the district make a living through productive work. The group plans to identify the beneficiaries with the help of the Institute of Palliative Medicine. Coordinating on Whatsapp, the group members will then collect money and distribute umbrella making kits to 100 beneficiaries; the patients can make umbrellas for sale during the rainy season and generate an income for themselves. Each beneficiary will be given at least 10 umbrella making kits by the group, which will also help the patients sell the umbrellas through Whatsapp. Delhi Police launched the ‘Himmat’ Whatsapp group so the police force can effectively communicate with women in need of help. The facility is available on the mobile number 8800001091. Women travelling by public transport can now send photographs and other details of the vehicle to the police before boarding it. The details should be sent in the following format: passenger name, boarding vehicle (Auto/Cab/Taxi), from ——— to ——- and the vehicle’s registration number. The number is integrated with the police response system and if a emergency is reported on the group, the nearest PCR MPV is rushed to the spot. Women can also send distress messages during emergencies. 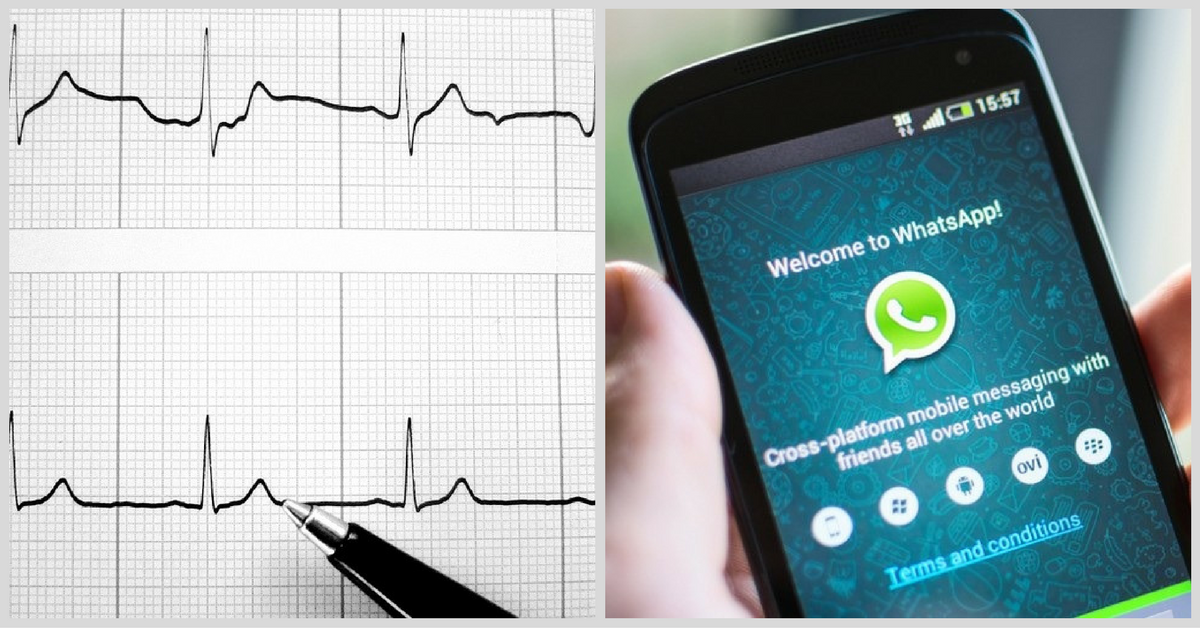 Physicians working in the remote and hilly areas of Himachal Pradesh are using WhatsApp in a unique way to communicate the status of patients’ illnesses to specialists sitting miles away and getting advice from them. Dr. Vivek Chauhan, who is working in a hospital in Kangra, came up with this innovative idea after observing that patients in the region had to travel for about 11 to 24 hours before they could receive specialist treatment or meet experienced cardiologists in bigger cities like Shimla and Kangra. He has developed an IT-based gateway using WhatsApp that can transmit ECG images to specialists and receive timely advice for the treatment plan. Started by Kishore C., the managing trustee of an NGO named My City Clean City (MC3), the ‘Namma Kovai’ WhatsApp group has been solving many civic issues in Coimbatore. Namma Kovai means ‘Our Coimbatore,’ and the group includes government officials like the district collector, corporation commissioner, the superintendent of police, commissioner of traffic police, different industrialists of Coimbatore, heads of educational institutions, social welfare officials, NGO members, and other like-minded people. The joint effort has led to timely and prompt redressal of grievances for Coimbatore residents.

You May Like: A WhatsApp Group in Coimbatore Has Brought Citizens & Govt Officials Together to Solve Issues

6. WhatsApp for students during Chennai floods In the aftermath of the devastating floods that Chennai witnessed in December 2015, there were many students who lost their textbooks, notebooks and other study material in the floods. To help these students cope with their studies, two young men, Vivek and his brother Vivin, came together to start a WhatsApp initiative asking the students to share their requirements with them through the app. The duo then sourced the textbooks from across Tamil Nadu before distributing them to the flood affected students.

7. Farmers are sharing advice and seeking support through the ‘Baliraja’ Whatsapp group 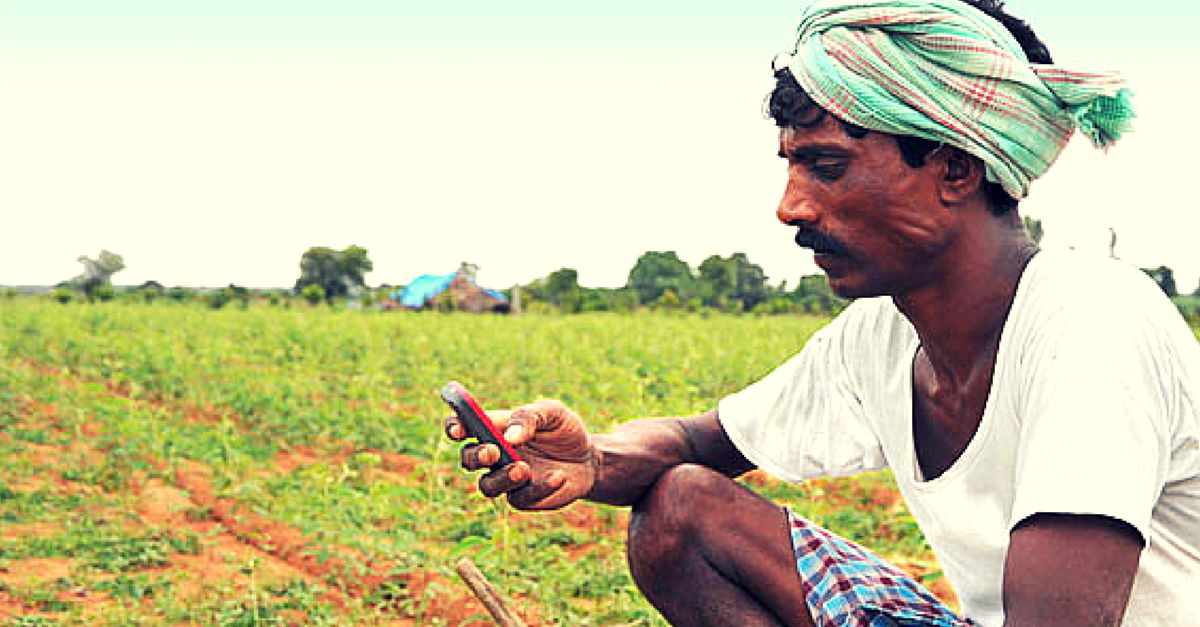 Farmers in one of Maharashtra’s most suicide prone districts are sharing best farming practices, exploring new markets for their produce, and building infrastructure, all through their Whatsapp group Baliraja. The group is the brainchild of Anil Bandawane, once an engineering student, who has now taken up farming full time. Dissatisfied with the service of the Kisaan call centres, Anil brought the farmers of the region together on WhatsApp. He, along with other experts, advises the group on the use of fertilisers and pesticides, and various other farming techniques.

Also Read: In One Of India’s Most Suicide-prone Areas, Whatsapp Is Bringing Hope & Support #DigitalIndia

People often call 100 in case of an emergency or to report a crime. But that becomes a challenge for those who cannot speak or hear. A WhatsApp number launched by Kanpur police in 2015 enables people with speech and hearing impairments to file complaints, report crime and express their concerns easily. People can use sign language to make videos and send them to the number: 7704020202. Once the message is received on WhatsApp, the staff handling this service ask a police team to reach the location and assist the person in distress.

9. The gram panchayat of a remote village runs on Whatsapp 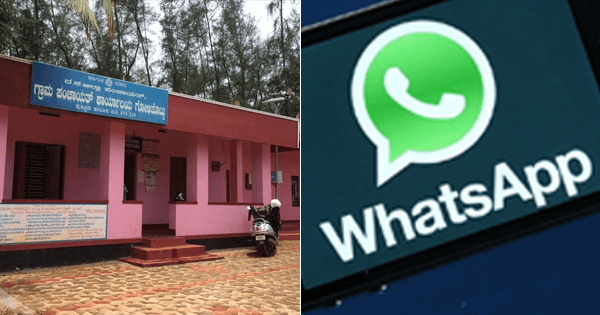 Goli Thottu, a small gram panchayat near Mangalore in Karnataka, has begun efforts to bring interaction between villagers and administration on a WhatsApp platform. To put an end to personal visits to the panchayat office and to make it a paperless office, Panchayat Development Officer Tirupati T Uppar has created a WhatsApp group and added to it 30-40 families residing within the panchayat limits. He is working to add all the remaining 1,850 families of the village to the group soon. All public notices and information on various government schemes as well as public grievances, such as water and power supply, are shared on the Whatsapp group. Even personal issues, such as health and security, can be intimated on the WhatsApp group; the administration assures that the concerns will be addressed immediately. 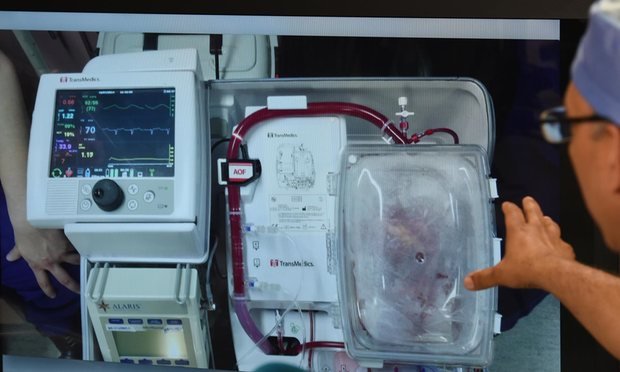 Recently, in Mumbai, a teenager received a heart that saved her life thanks, in part, to a WhatsApp group that coordinated the transplant. Vijay Agarwal, the teenager’s cardiologist, heard about the organ donation through a WhatsApp group that alerts doctors of potential organ donations and coordinates the delivery to patients in need. A heart has to be transported and transplanted withing four hours of being harvested, so it is a race against time to work with the authorities to set up a quick and successful delivery. In the absence of a government-supported setup, this volunteer-led WhatsApp group is doing this incredible work through its own organ-sharing network.

Social apps are a great way to connect with friends but it’s easy to forget that they are also extremely powerful communication tools that can be used to do good. These inspiring examples show the way as to how this can achieved.

Also Read: How Life Saving Advice Is Dispensed through WhatsApp for Patients in Remote Himalayan Villages