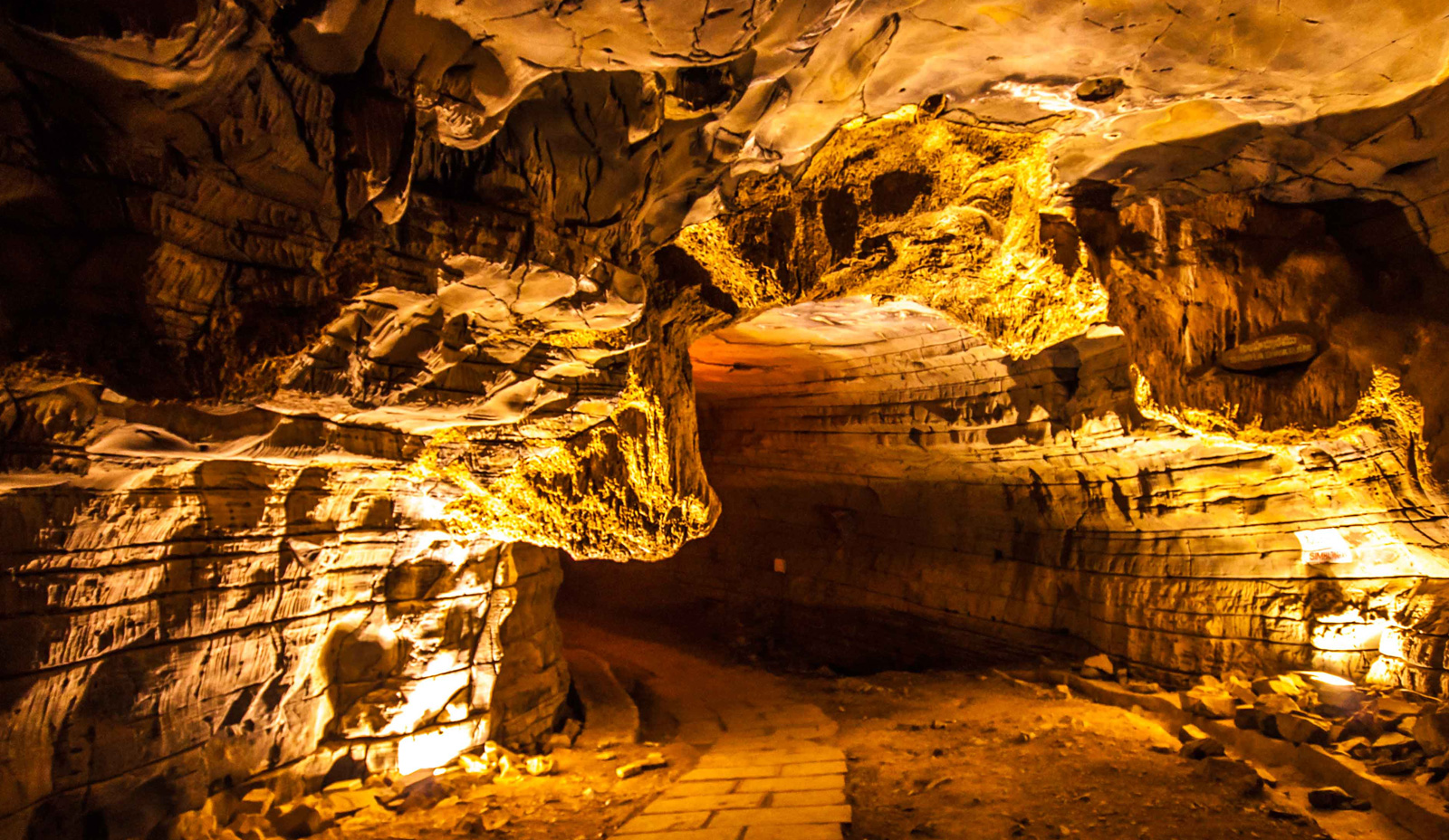 If there is any place on land that matches the beauty and mystique of the depths of oceans, it has to be the magical world of caves. Exploring the often dark and unknown interiors of these fascinating natural formations is certainly as unforgettable an experience as diving into uncharted waters that reveal a myriad other-worldly treasures.

Approximately 275 kms from Bangalore, in the Kurnool district of Andhra Pradesh, sit the longest caves on the plains of India – the Belum caves.

These caves, which get their name from the Sanskrit word bilum (hole), were formed by the action of water flowing on limestone deposits over millions of years, forming stalactites, stalagmites, siphons, sink holes, and water galleries.

Though these caves were known to the locals for thousands of years, the first official records that mention them are from 1884, by Robert Bruce Foote, a British geologist and archaeologist who conducted surveys for the Geological Survey of India. In the 1980s, Indian officials worked with a German expedition to explore and map the caves. The relics found in the caves dated back to around 4500 BC and showed that the caves had been inhabited by ancient Buddhist and Jain monks. In 1999, the Andhra Pradesh Tourism Development Corporation took over the caves for maintenance. They cleared the mud and debris inside, built pathways, provided illumination and sank ventilation shafts to make the caves accessible to the public.

(Fun Fact: In January 2013, a new cavernicolous isopod species ( a type of crustacean) named andhracoides gebaueri was discovered at the Belum caves!)

History, spirituality, science, and adventure. Head to the Belum caves and you can experience all. Until then, here are 8 stunning pictures to whet your appetite!

1. The Beautiful Buddha at Belum

Some really unique Buddhist and Jain relics have been found at the Belum caves. The serene 40-foot Buddha statue built here by the Andhra Pradesh Tourism Development Corporation (APTDC) is a beautiful symbol of the role of the monks in the history of these caves.

The black limestone caves of Belum have a maze of sixteen cavernous paths ( with limited ventilation and fresh water underneath ) and a pit cave entrance that makes this hidden gem accessible to adventure seekers. A part of the entrance chamber is called Gebauer Hall, after the German speleologist Mr H. Daniel Gebauer, who explored and mapped the caves in 1982/83.

The movement of subterranean water has created an exemplary karstic landscape (a limestone landscape carved by an underground drainage system) at the Belum caves that includes three stunning sinkholes. A dramatic geological feature, the sinkholes (collapsed bowl-shaped features) at Belum are a beautiful spectacle. Worth a visit for keen geologists!

You May Also Like: Laitlum Canyons: Take a Trip into the Heart of Meghalaya’s Natural Wonder

Most people have never seen a real cave in their whole lives; still, those who do remain permanently fascinated by the amazing display of natural forces. The rock formations at Belum caves are proof that wonderful things can appear when water meets limestone. One of the most interesting features here is the Saptasvarala Guha ( the chamber of seven notes) where the stalactite formations produce musical sounds when struck with a wooden stick or knuckles.

6. The Mystique of Patalganga

Deep inside the dark and mysterious Belum caves is a perennial underground stream that forms a natural waterfall at the lowest point in the caves (150 feet below ground level). Called Patalganga, this mysterious stream appears at one point, flowing over slippery rocks, before disappearing into the depths of the earth.

7. The Den of Meditation

In ancient time, caves were extremely popular among monks as meditation abodes and the Belum Caves were no different. Centuries ago, Jain and Buddhist monks meditated in the labyrinths of these caves, as evidenced by the unearthing of the relics and remnants of vessels used by them. These are now displayed in a museum at nearby Anantapur.

8. The Legend of a Saint’s Bed

An interesting formation at the Dhyana Mandir (meditation hall) looks like a bed with pillow and must have given many a monk a naturally formed stone recliner. The local legend has it that in ancient times the caves were home to many sages who used the gray stone recliner as a bed.

Here are some useful tips if you are visiting the Belum caves: