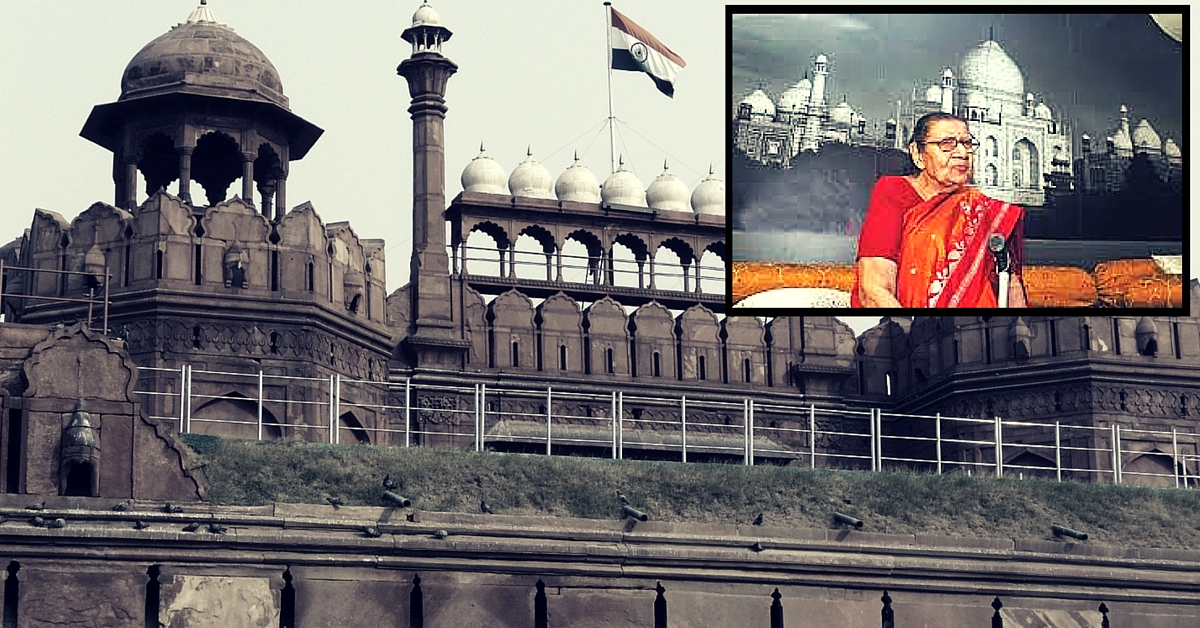 At 89, Rama Satyendra Khandwala, or Rama Ben as she is known, is not just India’s oldest tour guide but also an INA veteran.

She served as second lieutenant in the Rani Jhansi regiment of the Azad Hind Fauj for two years.

Born in 1926 in Rangoon in Burma, Rama Ben has been working as a tour guide for many years now and refuses to give up on her career just as yet.

She operates out of Agra and  is upset at touts taking over the business, misguiding tourists and accompanying them for shopping. As a legitimate guide, she feels strongly about representing the country, almost like an ambassador, and not cheating tourists. She feels the touts harm the reputation of the country.

“There is a need for coordination between police and people from the tourism sector to stop this menace. A mechanism should be developed to stop the entry of touts into monuments. If not curtailed now, they will just take over the business. Tour operators should not look for short-term gains, but think about the reputation of the country, which is at stake,” she told Times of India.

Rama Ben’s sense of duty and patriotism are perhaps ingrained in her from the time she was a child and her family had connections with the freedom movement in India. She was greatly inspired by Subhash Chandra Bose in her youth and was placed under house arrest after her INA service once the Second World War was over.

In 1946, her family moved to Mumbai, where she tried working in several different professions – secretarial, nursing, and as a language interpreter (since she was fluent in Japanese). However, once she came to know the government was going to train tour guides, she decided that was her calling.

“So I signed up for the training programme. I was never interested in a desk job anyway,” she said.

Given that in India only 17-18% percent of tour guides are women, Rama Ben would like to see more of her gender join the profession.

“It has to do with mindsets. Many people do not see this as a noble profession, particular in North India. It is actually one of the most exciting and adventurous professions. You get to visit places and meet people from around the world,” she concluded.