Animal welfare takes perseverance, dedication, steadfast belief, and more often than not, a thick skin. Let’s celebrate the women who work behind the scenes of this movement and their unflinching love for animals.

Animal welfare takes perseverance, dedication, steadfast belief, and more often than not, a thick skin. Let’s celebrate the women who work behind the scenes of this movement and their unflinching love for animals.

Women outnumber men in animal welfare, yet not much has been written or spoken about them. This is a tribute to the outstanding women in animal welfare in Bangalore who have been working selflessly on the ground, without a care for personal fame, awards, titles, or acknowledgements. Anoopa, a writer and editor by profession and a poet by heart, decided to start a pet-sitting service when she moved to a place of her own. She soon realized that there was a burning need for fostering and care for special-needs senior and abandoned animals. “This led me to start Nanny Woof, a temporary shelter place that housed the homeless, abandoned, and abused animals till they found permanent homes,” says Anoopa. However, the sheer volume of cases and her limited resources made her reconsider starting the shelter, and she went back to volunteering independently with her friends Chinthana Gopinath, Melissa Marak, and Sanjana Madappa. Together, the four friends are doing stellar work in animal welfare.  “I fall in love with senior dogs very easily,” says Anoopa. She has been involved in hundreds of cases of rescuing, fostering, rehabilitating, and re-homing dogs. 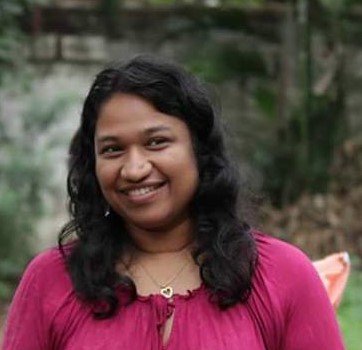 Bismi Anil and her husband are familiar faces in the canine world around Whitefield. They are IT professionals by day, and feeders and caregivers of street dogs by night. Bismi currently feeds over 150 dogs a day. “It all started off when we started feeding our leftovers to the neighborhood dog,” she says. Bismi soon realized that feeding leftovers was not enough, “Street dogs deserve at least one proper meal a day rather than scrounging through garbage.” Their dedication and hard work is simply inspirational and truly one of a kind. Debadrita is the founder of Precious Paws Foundation. From volunteering at a foster home to conducting adoption camps, Debadrita built the shelter at Kanakpura Road to house abandoned animals and foster and rehabilitate them. “I had two dogs while growing up, who passed away. To fill the void, I started picking up dogs to treat them and foster pups etc. At one point in time, I had about 12 dogs at home, and that was when I realized that I needed a bigger space to be fair to them. So I quit my job.” Debadrita was working as a quality training specialist in the IT industry and was employed with Yahoo! and later Volvo. But she quit her job to look after her many fostered and adopted animals full-time and now dedicates her time and resources to rehabilitating them. Garima Singhal is a scientist, teacher, traveler, writer, magazine editor, animal rescuer, saree aficionado, and a certified canine behaviorist . “I have been associated with several animal welfare organizations and rescue centers for the past six years now. But I am mostly an independent rescuer and I rescue and foster dogs as and when I can, with help from others in Bangalore who have very generously stepped up whenever I have asked for it”. Popularly known as Bruno’s mum, her life changed after she adopted her dog Bruno. Inspired by Bruno, she took a volunteer meeting organized by CUPA, Bangalore, followed by a workshop organized by The Voice of Stray Dogs, Bangalore. These seminars sensitized her to the brutality animals are subject to, and the lack of stringent laws concerning animal abuse. Jenny works in the world’s largest IT company in a senior leadership position, but spares no efforts or expense in rescuing and rehabilitating animals. “I was two when I fell in love with Jacky, my parent’s dog. I am lucky as I grew up in a family of animal lovers. Looking back at those years, I think Lola, my house goat, changed my life. Both of us were around the same age, and she would not budge till she ate a piece of what I ate. I still remember the time she fell sick and died – I slept on the floor hugging her, telling mom to do something”.

In the past 22 years, Jen has done a number of adoption drives, fundraising for animal issues, re-homed rescued dogs, and counselled pet parents.  Jen runs ‘Chez Zoe’s Doggy Rescue, Rehab, and Rehome Initiative’ along with her roommate and fellow activist Manisha Singh. Nevina completed her Masters in Environment and Ecology from the Indian Institute of Ecology and Environment, Delhi. “As was the trend and popular choice, then and now, I chose to work with wildlife. However, I soon realized the ‘problem of plenty’ syndrome with urban street animals. Nobody gave a second glance at them. So I got into small-time animal welfare. But it was a little more than 5-6 years later, when there was a seminar about killing street dogs, that I jumped into the fray and decided that without working with the municipality, you really cannot help animals significantly.” Nevina also conducts regular sensitization workshops in schools and colleges, besides being active in on-ground animal rescue and policy advocacy. Poornima is well known in animal welfare circles. She was instrumental in starting the Animal Rights Fund in 1999 and Krupa Loving Animals in 2002. She worked tirelessly on animal rescues, training volunteer and animal welfare workers, and animal advocacy. While at Krupa, she ran a 24-hour animal helpline for ten years, rescuing and treating thousands of injured dogs, cats, cows, and birds.  She later joined Samarpan Foundation in 2007.

“I believe that it is important for a lay person to understand animal laws,” says Poornima. She has conducted an Animal Laws Training Programme for about 360 trainees at Karnataka Police Training College, Channapatna. At present, she feeds 65 homeless dogs in Lingarajpuram area, and will soon expand her kitchen to feed about 150 homeless dogs and cats. “We have also started rescue and rehabilitation of snakes , other wild animals, and birds in Goa, along with feeding of 30 homeless dogs there,” she adds. Sowmya completed her Bachelors in Chemical Engineering and then went to pursue a Masters in Environment Technology from the New York Institute of Technology. At college, she started an animal rights and environmental group, Sanjeevini, and then connected to a wider network in Bangalore. Having been raised in a meat-eating family, she says, “I became a vegetarian at the age of 12, after watching a TV programme Heads and Tails on Doordarshan, and a vegan after seeing a cow pass away on a national highway. I soon began exploring and learning more about the dairy industry which reinforced my belief and need to be vegan.” Sowmya, 33, is a member of the Animal Welfare Board of India and runs a vegan restaurant in Bangalore called Paradigm Shift. Usha Madan is a counsellor and psychotherapist by profession, and an animal lover by heart. “I have always felt that animals complete a family. My growing-up years were full of Ramu, Tiger, Julie, Rami, CB, etc.,” says Usha. For her, animal welfare was simply reaching out to animals in need, feeding the ones in the neighborhood. Despite rescuing her first pup at the age of six, she has never called herself an animal activist. Yasmine is a school teacher by profession and her place is the unofficial address for abandoned cats and dogs. Supported by her husband Jayaprakash Sathyamurthy, the couple’s house is nothing short of a sanctuary. Abused and abandoned animals will always find refuge at here, an idyllic haven located in the heart of Bangalore.

About the author: Pinky Chandran is a community media practitioner and an environmentalist. She also works on animal welfare, gender, and sexuality issues. She is the Director of Radio Active, CR 90.4 MHz.