Have you ever experienced the fragrance of sun-baked earth when the first few drops of rain fall on it? Indian perfumers of this town have perfected the art of capturing this exquisite smell.

Love that wonderful earthy smell that comes with the first rain of the season? Known as petrichor, this ethereal essence is a medley of molecules that rises from thirsty soil soaking in the long-awaited drops of rain. If you wish you could capture the wonderful scent of wet earth into a bottle, an old city in Uttar Pradesh made that possible a long time ago.

The perfume of petrichor is distilled into miniature glass vials at Kannauj, a small town on the banks of river Ganga that has been guarding the secret of traditional Indian perfumes for centuries. The fragrant credentials of this city, known as the ‘Grasse of the East’ and ‘India’s Perfume Capital’, are age old. Situated on the historical scent trade route that brought perfumes from India to the Middle East, Kannauj’s perfumeries were famed for their magnificent attars. The perfumers of Kannauj also made the scented oils Mughal Emperors were so immensely fond of.

There is a legend in the historical biography of Akbar, Ain-I-Akbari, written by Abul Fazl, about how the city’s perfume industry started. This is how it goes: A servant at Jahangir’s palace in Agra noticed some drops of rose oil floating on the surface of Noor Jehan’s bathing pool. The man, who was from Kannauj, figured that the oil was accidentally produced when rose petals came in contact with warm water, and presumably devised the steam-and-condense process to extract it.

Sometime in the past, the legendary perfumers of ancient Kannauj created a unique scent that would capture the fragrance of earth when first touched by the monsoon rains. Extracted from parched clay and distilled with ancient techniques, it is today known as mitti attar – Earth’s perfume. It is also called itr-e-khaki. 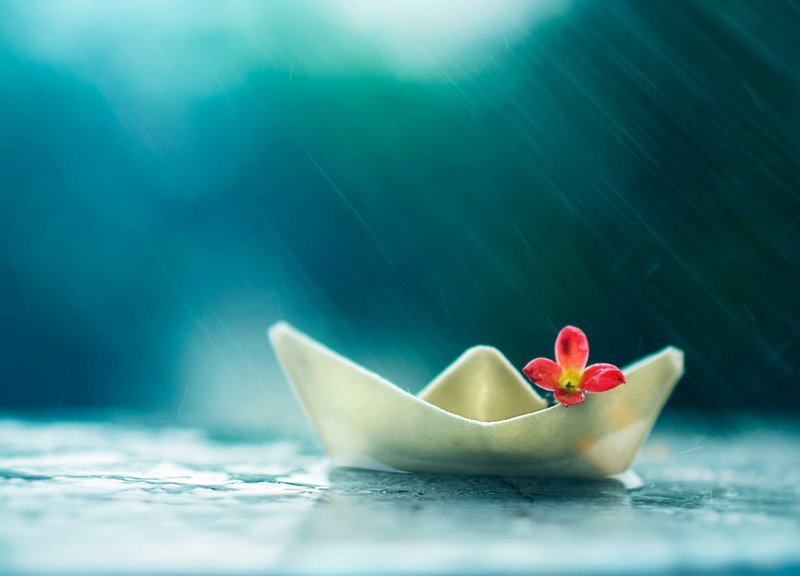 Mitti attar is made even today in Kannauj’s traditional perfumeries, where sinewy craftsmen tend to fires under ageing copper cauldrons or degs to make this remarkable perfume. The distillation process, called deg bhapka, is painstakingly slow and long, with no trace of industrial machinery or modernity.

The copper deg is built atop its own fireplace and has its own trough of water. It is connected to a bulbous condenser called bhapka, which receives the fragrant liquid after distillation. Little clay shards are made in neighbouring villages before they are sun baked and placed in the degs. The craftsmen put these shards of half-baked clay (instead of vetiver roots and flower petals) into the deg, cover them with water, hammer a lid down on top, and seal it with mud. They light a wood or cow-dung fire underneath, before filling the bhapka with sandalwood oil and sinking it into the water trough. The deg and bhapka are connected with a hollow bamboo pipe that carries the heady vapours from the simmering pot into the receiver, where it mixes with the sandalwood oil base. Every few hours, the receiver is switched and the deg cooled down with wet cloths, to stop the condensation.

The perfumes were traditionally stored in camel-skin pockets but are now kept in bottles made from buffalo skins. The fragrant essential oil trapped in the sandalwood oil base, contained in these leather bottle or kuppis, is placed in the sun to allow the excess water to evaporate and for the true scent of attar to develop – warm, organic and mineral-rich. Mitti attar is just one of the lovely fragrances in the Kannauj perfumer’s repertoire. Gulab, Keora, Hina, Champa, Bakul, Parijata, Chameli, Motia, Genda, Ratrani, and Kadam are some of the other incredibly fragrant attars that are still being made.

All these perfumes have been protected under the Geographical Indication (GI) tag of Kannauj Perfumes under the GI Act 1999 of the Government of India. Today, if you walk through Kannauj, you can still see the centuries-old facades of crumbling old perfume houses that give the whole town a medieval feel. Home to over 250 perfumeries, many of which are on the brink of extinction, it seems like the whole of Kannauj is engaged in one or other process of making attar.

At the chaotic Vijay Market, trained hands and noses are busy mixing rare and exquisite ingredients that go into these exotic fragrances while others can be seen sorting through the piles of flowers and herbs. There are several shops in Vijay Market brimming with aromatic goodies from scented oils to incense and attar of the finest quality, but the most selling item remains the simple yet intoxicating mitti attar.

Thanks to the perfumers of Kannauj, you no longer need to pin all your hopes on nature to provide you with the musky smell of wet earth. You can smell the essence of rain and renewal through tiny bottles of the heavenly mitti attar from the perfume capital of India.

For now, this video shows you how this perfume is made.