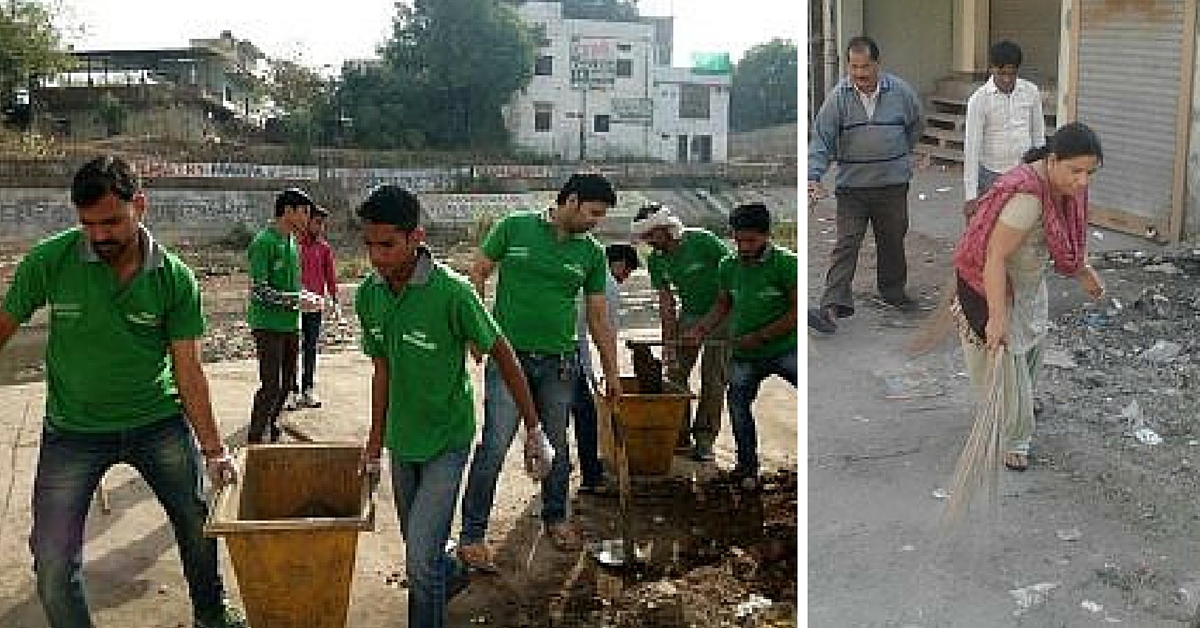 Here is a simple idea that is uniting hundreds of people. They come together every Sunday to contribute their time and effort to cleaning up their surroundings. This is something you can be a part of too!

There is a new culture that is brewing in the country. Come Sunday, hundreds of people take to their neighbourhoods to donate – not money, but effort.

A dirty spot, a garbage dump, a polluted lake, or anything that can be changed with a little effort becomes the subject of Shramdaan.

With no frills, no fuss, these tasks are taken up and worked upon. The result? An environment that is changing for the better and a culture of donating labour for the larger good.

The idea of Shramdaan was initiated by Temsutula Imsong, a Varanasi based social worker. She achieved a remarkable milestone – cleaning up the ghats of Ganga – and wanted to spread the word about how a little effort from every individual can make a world of difference. She then put the idea across on Twitter and it caught on like wildfire.

“What started with a few lone efforts is slowly and steadily turning into a habit. Shramdaan is performed like a prayer now,” says Temsutula.

Youngsters from over 100 cities across the country joined the mission. They are connected on Whatsapp and regularly upload photographs of their work on Twitter.

Log on to Twitter and search for #Shramdaan and you will be amazed at the amount of work happening. So much so that Shramdaan caught the attention of Prime Minister Modi:

Taking Swachh Bharat Mission to all parts of India…#Shramdaan is a very good effort. https://t.co/Y9JZrs2G5I #MyCleanIndia

The beauty of the idea lies in its simplicity. Anyone, from anywhere, of any age, can easily take up Shramdaan and make a contribution.

This is an idea that makes a good citizen out of each of us.

There is no single organization that is driving Shramdaan. It is a collective effort of many individuals and organizations. The best part is that anyone can join Shramdaan. If you haven’t yet had a chance to make a difference to the world around you, Shramdaan is the best way to start.

If you would like to plug into Shramdaan, the Whatsapp number is 8009559518 and the Twitter Handle @shramdaanindia.

You can also get in touch with some of the groups that have been regularly carrying out Shramdaan:  IAct Citizens Group in Mumbai, We Mean to Clean Team in Delhi, Team Mission Parijat in Varanasi, Team Sakaar in Ghazipur, Team Sakaar in Mokokchung (Nagaland), Samarpit Parivar team in Vidisha, Team Bunch Of Fools in Raipur, Team Ummeed in Ghazipur, Team Green Minds in Bhandara, and Team Mavericks in Pune.

So what’s your plan this Sunday?