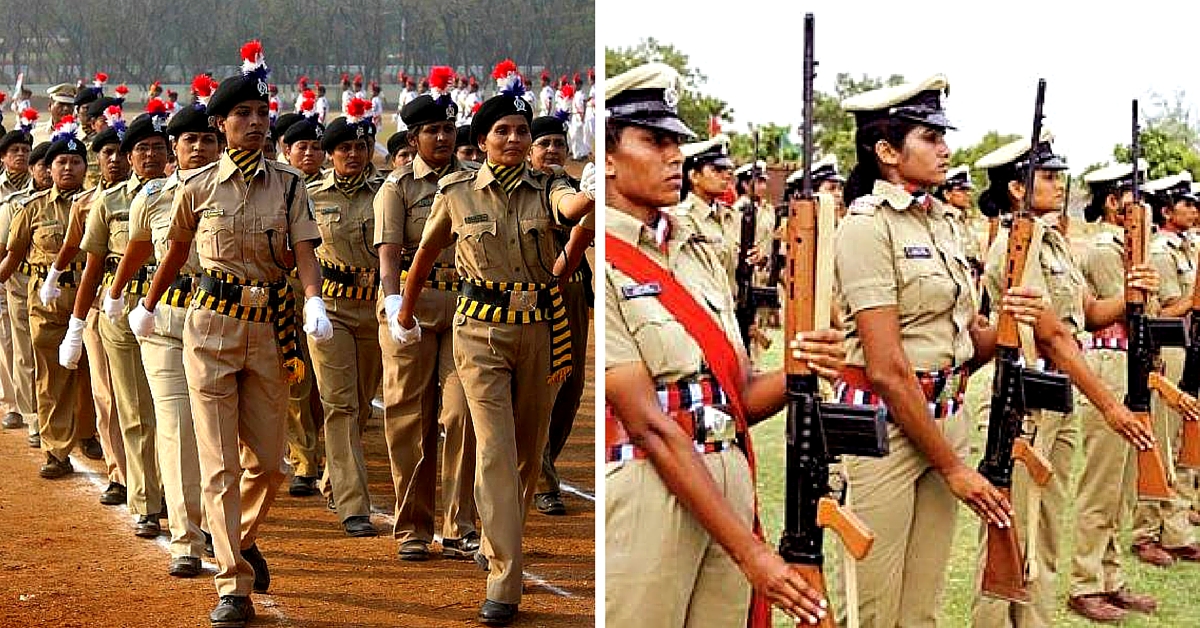 Ten reasons why women police officers are a force to reckon with, as they break gender stereotypes and carve a niche for themselves with their strong personalities.

Women in the police force of India are no exception either. Every day, they battle gender restraints, lack of proper training and recruitment facilities, and the evil face of patriarchy. And yet, the 1 lakh-strong women police force know that they’re paving the way for more success and inspiring other women to join the force.

Even before independence, women have always been a part of the police force.

The first ever woman police officer in India was recruited to Kerala’s Travancore Royal Police in 1933. Five years later, an all women-police station was set up there, while still in service of royalty. Post independence, in 1948, a female ASI and two female head constables were recruited to the Delhi police force. Soon, Gujarat, Uttar Pradesh and Andhra Pradesh followed suit. Kiran Bedi was the first woman IPS officer to be appointed in 1972. Indira Gandhi inaugurated a full fledged woman-only police station in Kozhikode, Kerala, in 1973.

Police women are a crucial part of the force, especially with rising rates of crimes against women and children.

They can be trained to be more sensitive and objective when it comes to crimes against women, while also encouraging women citizens to report crimes. The amendments made to tighten laws against rape and sexual offences have strengthened a woman police officer’s importance within the force. Their exclusive functions include recording statements from female victims and being present during registration of complaints.

Women cops make up 6% of the force, and Chandigarh tops the list.

While women cops make up to only 6% of the entire police force, their numbers have only recently increased. According to the Bureau of Police Research and Development, Ministry of Home Affairs, about 14% of the police in Chandigarh are women. Tamil Nadu and Andaman & Nicobar Islands come next in the list (12% and 11%, respectively) while Meghalaya, Nagaland and Assam have the least number of women cops (below 3%). The Commonwealth Human Rights Initiative (CHRI) notes in a report that in 2014, Haryana had doubled its woman police force, constituting 6.5% of the total force. Similarly, Rajasthan’s women force tripled between 2008 and 2014.

They fight and overcome gender bias at every level.

The increase in numbers has been gradual owing to many constraints. For instance, it is tough for women to be considered for promotions to higher ranks, which is why many women remain at the constable level. Gender specific cadres at the recruitment level also limit their growth opportunities. While policemen go from constable to the sub-inspector level, women are usually promoted to head constable. If not constable, then women are given desk roles, and not field policing. According to the data from CHRI, women constitute 16 out of 396 posts for DGP, DG and ADGP, while there are 1234 women inspectors, out of 31,000. Women are recruited as Station Head Officers (SHO) mostly in women-only stations.

Reservation for women in the police force: 33%.

To fix the skewed representation of women, the government has announced a 33% reservation for women in the police force. Many state governments have also carried out extensive recruitment drives.

After Kiran Bedi, many more policewomen came to limelight for their commendable work.

There’s an all-women squad on the Indo-China border.

More recently, 500 police women were inducted into the Indo-Tibetan Border Police. They’re the first all-women squad to be posted on the high altitudes the India-China border. The ITBP reportedly wants to make women at least 40% of its police force.

An all-women police force was deployed to Liberia for a UN mission, and it was a success.

Read More: A Huge Welcome Back to the World’s First All-Woman Police Unit with the UN. It Left India in 2007.

Women cops in reel-life prove that they’re no weaklings. Just like in real life.

Whether it’s the tough cop played by Priyanka Chopra in Jai Gangaajal or the cop who busts a trafficking ring in Mardaani (played by Rani Mukherjee), Tabu in Drishyam, or Hema Malini in Andha Kanoon, Bollywood is looking up to the force of police women in a new light. These women cop characters do everything their male counterparts have been doing for ages: hold up a gun, bust doors, punch villains, solve crimes, and save the day.