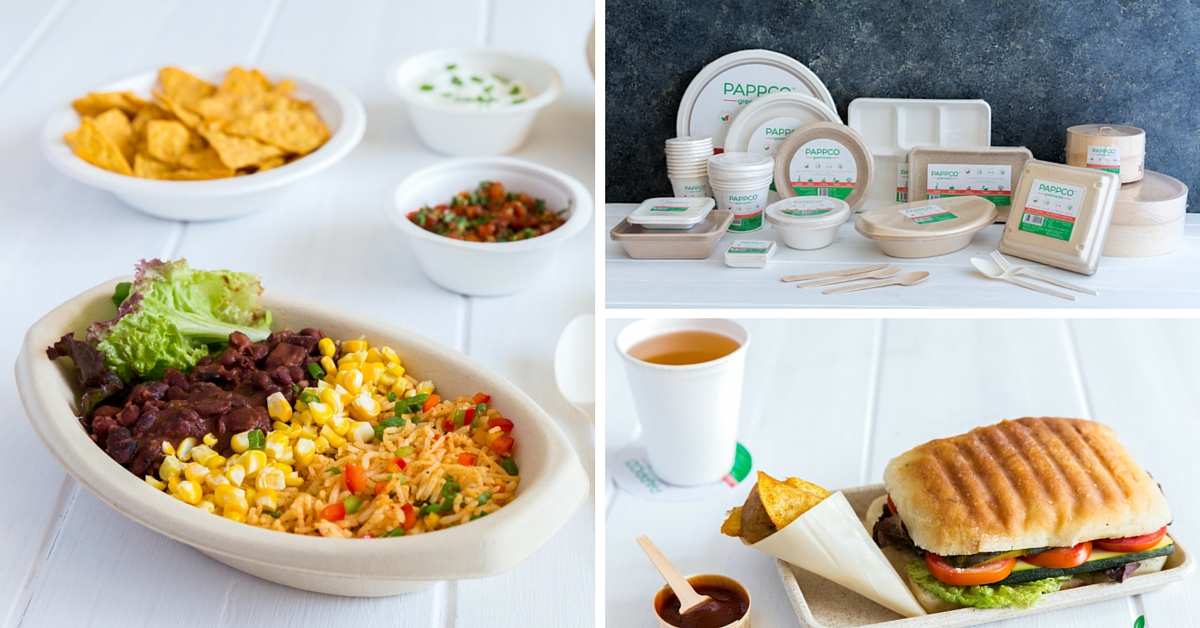 In the race to reduce white pollution in India, many startups are finding alternatives to plastic. Bagasse, the fibrous remains left behind after extracting sugarcane juice, can be used to make disposable cutlery. Pappco, a greenware manufacturer, is tapping into this market in India by creating awareness, with good results.

Abhishek Agarwal comes from a family of environmentally conscious citizens. His father, Anil Agarwal, is a vegan who dropped all dairy and meat products from his diet two years ago. His brother Aadesh studied in the US and came back extremely aware of the abysmal plastic pollution problem in India. Abhishek himself is involved in waste management projects, including a project devising a ratings system for waste management in restaurants. At home, the family ensures all waste is segregated, trying to contribute to a better environment in every way possible.

Therefore, it is only logical that the Agarwal family has launched an environment-friendly business, which also provides a solution to India’s plastic problem.

Started in 2011 to provide a viable alternative to plastic cutlery in India, PAPPCO uses sugarcane, bamboo and wheat straw to manufacture its disposables. “Our core value is that we produce disposable cutlery, which comes from plants, not plastic,” says Abhishek. “Also, the parts of sugarcane and bamboo that we use are byproducts; these crops renew within a year.”

Bagasse is remoulded to a kind of paper that is used to make plates, cups and glasses. Abhishek says they have also recently started tapping into bamboo and wheat straw. The company also has a range of bioplastics, which use corn starch or potato starch for production of plastics, instead of petrol or oil.

“We had seen this product abroad and always wondered why India didn’t have such products,” says Abhishek. “We did some research and found there were some companies that had taken the initiative but were not able to carry it through.”

The greenware is mainly sold through retail stores such as Star Bazaar, Reliance, and Nature’s Basket all over India, and through restaurant chains.

“The primary aim is to make these products available to the end consumer,” says Abhishek.

According to Abhishek, a pack of thermocol plates usually has about 100 to 500 plates. “Through our research we have seen that people usually don’t need that many plates or cups. The maximum they need when they throw a party are 15-20. That’s why we sell in packs of 5 or 10, so that no waste is generated from excess disposables.”

When China banned thermocol, plastics and ‘white pollutants’ entirely, a new market opened up for biodegradable alternatives to plastics. Leading the research on bagasse and sugarcane products, the country put in a lot of investment to produce alternatives. “The first time we encountered these products was in Singapore,” Abhishek recalls. The best products came from China, which is where Anil Agarwal spent six months, walking in and out of manufacturing facilities. “After spending another six months on R&D, we brought in our first consignment, which was risky, but we’re glad we took that risk back then.”

When they started out in the market, there was hardly any awareness about the harmful effects of plastic in India, nor any demand for biodegradable disposables.

With negligible sales, they still managed to revolutionise the market. Says Abhishek, “My father is a strong businessman. Once he sets his mind to something, he does it.”

Today, the market is growing a conscience. With plastic bans in various cities and an increase in awareness of the dangers of plastic, people are more accepting of biodegradable materials. “People appreciate our products because even the quality is better than plastic,” says Abhishek. He goes on to explain their benefits over plastic. “A plastic plate is literally 90% air and is easily bendable. But our greenware items are firm and can hold a reasonable amount of weight.” They can also be used in a microwave, reused, and then disposed of safely.

While the cost of this alternative cutlery might exceed that of plastics – Rs 4-8 for one plate as compared to Rs 1-5 for plastic – the environmental benefits outweighs any cons.

Abhishek, who joined his family business two years ago, has a background in marketing, rebranding and designing. He is confident that the market is now bullish for them. They expect sales to go up in the next two years.

Many restaurants, according to him, have become averse to food waste, while others have taken to upcycling and recycling waste. Biodegradable cutlery is the right fit for them.

Individual customers too have showered praise on their products. People are beginning to use their biodegradable items at festivals and weddings. “Last year, we provided cutlery for a zero waste wedding, where there was no dairy, no silk, and no plastic,” Abhishek recalls. “They were really happy with the products. There are many people contributing to a greener planet in their own small ways, and we’re glad to play a part in helping them.”

Also Read: Eat with It and Then Eat It – Meet the Man Who Introduced Edible Cutlery to the World

As part of our video series #BetterDays, we will be doing a docu-film on Pappco along with Lara & Patrick from Bem-Te-Vi Producoes. This is our first ever crowd-funded video project and if you wish to make a contribution towards it, click here