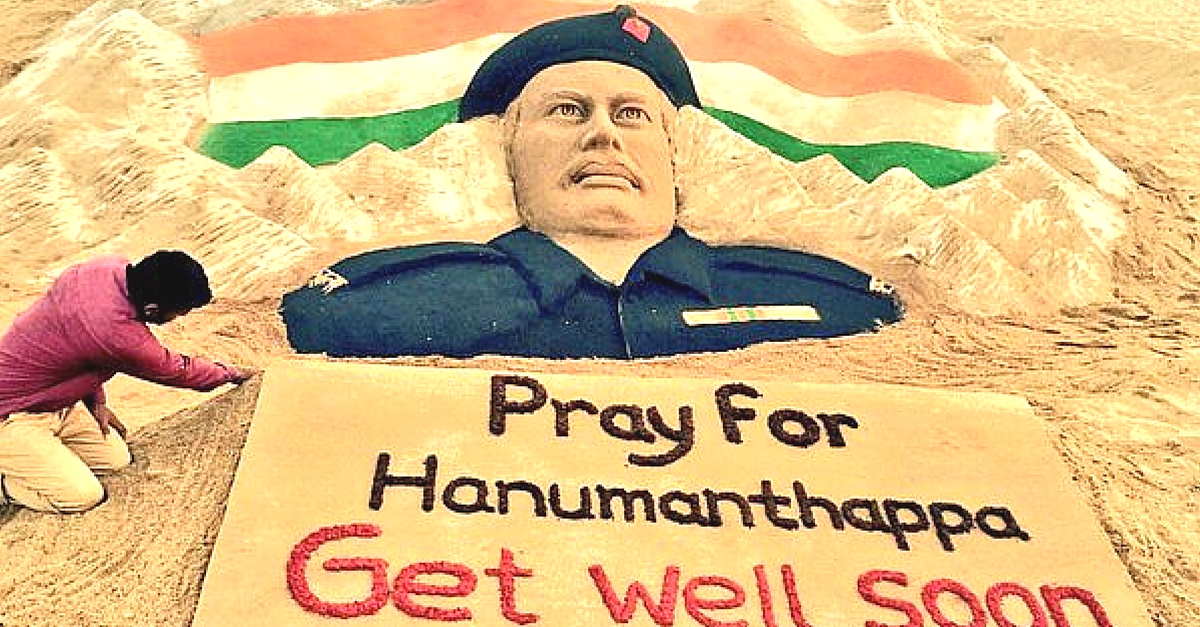 Lance Naik Hanumanthappa Koppad, who was miraculously rescued after being buried under 25 feet of snow for six days in Siachen, passed away this morning at the Army Research and Referral Hospital in New Delhi. According to reports, his health had been deteriorating despite therapy and supportive care. The 33-year-old soldier had been diagnosed with pneumonia, and his liver and kidney were dysfunctional.

“Really sorry to inform everyone that LNk Hanumanthappa is no more. He breathed his last breath at 11:45 a.m. today,” an Army official said.

He is survived by his wife and two-year-old daughter. While the brave soldier was fighting for his life, the entire nation had come together to pray for his speedy recovery, and people were trying to help him in any way they could. This is how:

Special prayers being offered for Lance Naik Hanumanthappa at Ganga Ghat in Varanasi (UP). pic.twitter.com/Jiosw6oBAT

Additionally, Nidhi Pandey, a resident of Lakhimpur Kheri district in Uttar Pradesh, volunteered to donate her kidney to save Lance Naik Hanumanthappa Koppad. She contacted a local new channel’s helpline and wanted to know how she can contact the hospital and donate a kidney to the soldier.

Special prayers were offered yesterday in Bodh Gaya (Bihar) for the well being of Lance Naik Hanumanthappa pic.twitter.com/FM6Ccg8t95

S.S. Raju, Indian Navy’s ex-sailor and a resident of Bhayander in adjoining Thane district, expressed his willingness to donate any organ of his body to save Lance Naik Hanumanthappa Koppad.

“I request doctors at the Army Hospital (R&R) to contact me immediately and I can go to New Delhi… I am ready to donate any organ, including liver, kidney… We must save our fellow brother who is critical,” he said.