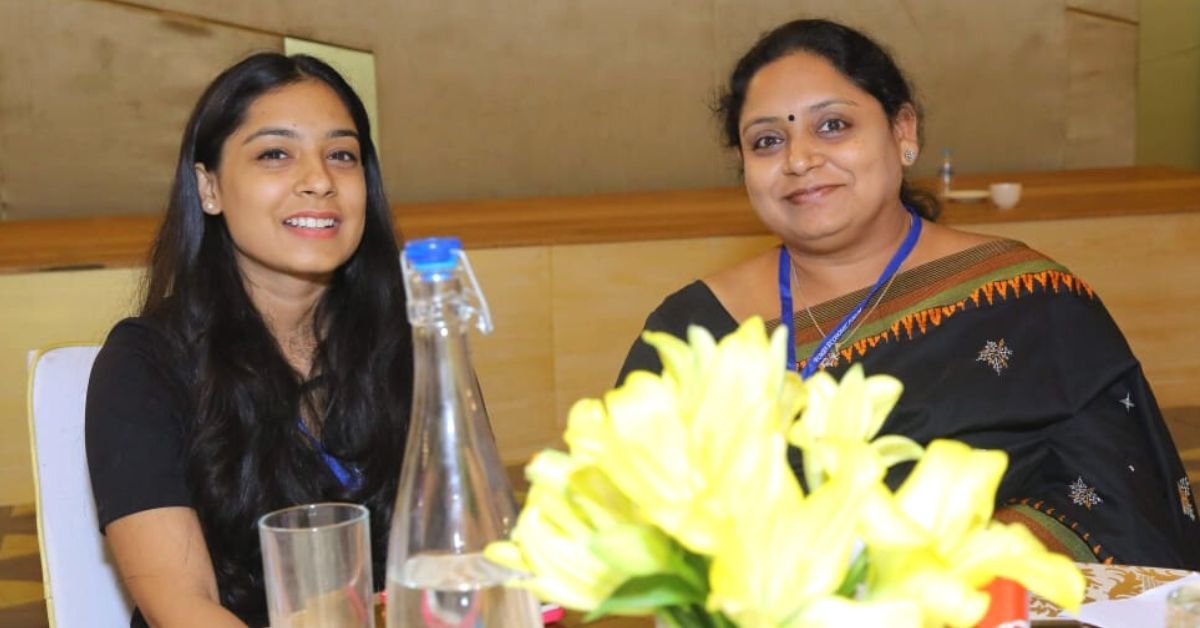 Kavita and Akriti Gupta run Canfem, an initiative that provides affordable prosthesis, wigs, brassieres, and more to survivors of breast cancer, in a bid to restore their self esteem.

“I underwent a complete mastectomy of my left breast in 2015, and since then, have been using things like rolled up handkerchiefs and cotton to stuff my brassiere and make it look full,” says a 37-year-old, who wishes to remain unnamed, living in the National Capital Region.

“This has not only hampered my confidence and self-worth, but has also curtailed my social outings to almost negligible,” she notes.

For women diagnosed with breast cancer, loss of self esteem and distorted body image are the most common psychological symptoms. A mastectomy, which is a surgery to remove all breast tissue so as to prevent or treat the cancer, offers highest local control of the disease, but changes the body significantly, which in turn has a highly negative impact on the patient’s psychological state.

Dr Vineeta Goel, director and head, Department of Radiation Oncology, Fortis Shalimarbagh says, “It is not only important to treat [breast] cancer, but also to take care of the person getting treatment. Besides surgery, chemotherapy, and radiation, this also includes taking care of their body image by providing them with the right prosthesis, wigs, etc.”

This is where mother-daughter duo Kavita Gupta (48) and Akriti Gupta (24) step in.

They are the co-founders of Canfem, established in Faridabad in 2020, which caters to the non-medical needs of cancer patients, especially women who have battled breast cancer.

So far, they have sold over 5,500 prosthetics, including breast prosthesis, bras, wigs, and more to women across India. In conversation with The Better India, the duo shares why they felt the need to start Canfem.

‘We saw cancer up close and personal’

In 2015, Kavita’s husband, Arun was detected with cancer.

“We were told not to expect anything much from the treatment, and that my husband would not survive the disease. This came as a huge shock to all of us. People around us made me believe that it was the end of the road for us,” Kavita recalls.

However, with good treatment and a clear post recovery routine, Arun emerged a survivor.

Akriti, who was all of 17 at the time, recalls that something her father said remained stuck with her. “He would say that while cancer could break his body and physically challenge him, it could not touch him mentally. He would keep asking us all to stay mentally strong. He never let us compromise on anything that we had planned for our future. He was sure of fighting the disease,” she says.

Given that the duo was spending almost 20 days a month in the hospital, Kavita would often strike up conversation with doctors and patients being treated at the hospital.

It was one such conversation that drew her attention to the plight of women recovering from breast cancer.

She says, “During a routine conversation one morning, my husband’s oncologist shared the pain that women who undergo mastectomies struggle with. The high cost of breast prosthetics in India, the lack of awareness, and the general quality of these prostheses kept women from buying these.”

She adds that while doctors do all they can to help a patient recover, the process of healing and feeling better is a very long one.

“Doctors are overworked, and we saw that when we were getting papa treated. Understanding that there is a need to provide non-medical support struck mom during one of the conversations she had with a doctor,” says Akriti.

Armed with the knowledge of running a boutique business and a fair sense of fabric, Kavita and Akriti set out to launch Canfem.

Kavita started working on using various materials. She experimented with the look and feel of the prosthesis while collaborating with doctors and patients who would ultimately be using them. She says, “Usually, prostheses are made of silicone. While these work well for climates outside India, for us, cotton works the best. It is a material that breathes and does not in any way lead to any skin allergy or adverse reaction.”

This understanding gave rise to Canfem. Akriti says, “For six months, while my father was in the hospital getting treated, we worked on the final breast prosthesis to get it ready for the market.”

She adds, “Today, we have a range of products that include the breast prosthesis, wigs, pocket brassiers, scarves, and even post-surgery clothes. Our products can be washed as well.”

Canfem began as a free of cost service, and the product soon got a seal of approval from a panel of doctors at AIIMS (All India Institute of Medical Science), Delhi. Akriti says. “We have now also filed a patent for our product.”

While the duo continued to distribute the prosthesis for free at AIIMS, Akriti got the opportunity to pursue a Masters degree at Tata Institute of Social Sciences (TISS), Mumbai in 2018. It was here that she chose to research how the quality of life of  breast cancer patients is impacted through their treatment journey. Through this research project Akriti interacted with various stakeholders; both from government and private hospitals.

“This allowed me access to private hospitals, doctors, and patients who could afford to buy the prosthesis.”

“However, since there was no easy availability in India, especially for prosthesis and wigs of good quality, one refrained from buying them.”

Kavita says, “I have seen how much a mastectomy can take away from a woman’s confidence. At the hospital, I saw women stuff polythene into their brassier to make it look full. One lady in her mid 40s was wearing a very heavy contraption, like a brassier, with so many elastic bands that her back was completely wounded. So our endeavour is to make an affordable prosthesis that does no damage to the body or skin.”

Seema Jeve, a cancer survivor and homemaker from Maharashtra, says, “I am glad that Canfem came into my life. The products (breast prosthesis and pocket brassier) are not just comfortable, but have helped me regain my lost confidence. I now do not feel any different about my body. It has helped me accept myself. I feel beautiful again.”

Cancer treatment itself is expensive, and Kavita says that many women felt guilty about investing in expensive prostheses after the treatment. For this very reason, the duo worked on ensuring that they make affordable products. A prosthetic of any size (ranging from size 32 to 44) costs Rs 2,000 while the pocket brassier starts from Rs 500.

Founded with an initial investment of Rs 5 lakh, which the duo got from various grants, the company is now able to plough back the profits into the business itself, Akriti says. “On an average, the company is making a revenue of over Rs 50 lakh.”

Pooja Sharma, head counsellor at Canfem, says, “I have been associated with Canfem for over a year. My son was detected with blood cancer when he was all of two and I have seen the emotional and physical turmoil that one experiences. For me, working at Canfem is not just about the salary, it is my true calling.”

She continues, “While my son has fully recovered, I felt that I must give back and my way of doing that was by joining the counselling team here. Meeting patients and their families gives me strength as well. Our motive is not to sell something to the patients, but to make them feel good about their bodies again.”

Having shipped over 12,000 products since Canfem’s inception, the duo is now looking to raise capital to expand and reach many more cancer survivors. “It makes me happy to see orders coming from Bareilly and Saharanpur, as well as bigger cities like Jaipur, Mumbai, Chennai, and Delhi/NCR. What’s even more heartening is to see husbands and sons come forward to place their orders for their loved ones,” she says.

To reach out to Canfem, you can click here.

Impact of Breast Cancer Surgery on the Self-esteem and Sexual Life of Female Patients: Written by C Markopolous, et al, for The Journal of International Medical Research, 2009