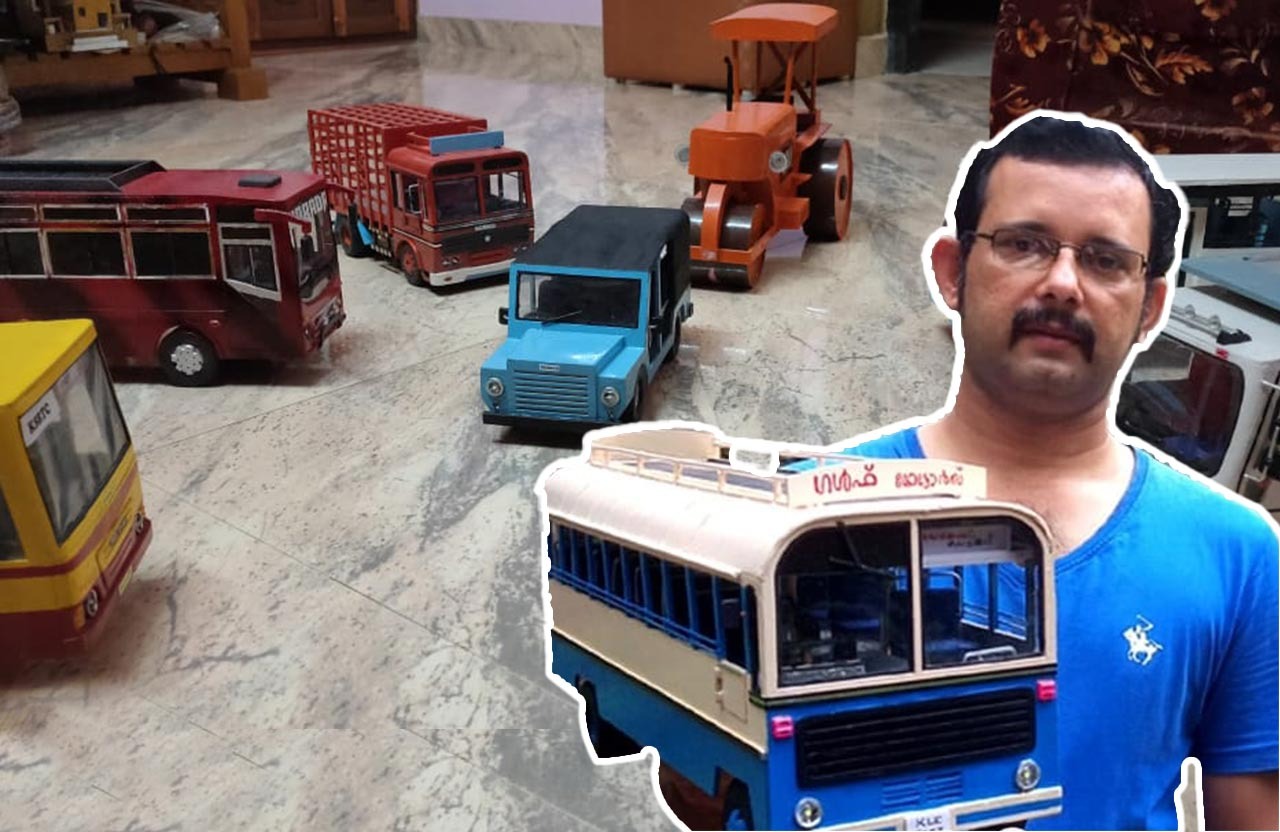 From childhood, Rahul Ramachandran had a special craze for vehicles. He stuck to his interests even during his college days too, studying automobiles in his graduation. But he never imagined all of this would translate into making miniature vehicles for his kids!

“Actually, I started to make these miniatures and crafts for my daughters. For their school projects, they would ask me to make different things for them. That’s how all it began,” talking to The Better India (TBI), Rahul says.

The 40-year-old vehicle supervisor at the Government Medical College in Kerala’s Kannur district added that it was during the lockdown that he turned ‘professional’ in making these miniatures. He says to TBI, “During the lockdown, I got more time to work on these miniatures, and that’s how I became a professional in it. I love vehicles. I have made buses the most. The other vehicles which I have in my collection are jeeps and lorries. I have also made instruments such as drums and a guitar,” added Rahul.

Interestingly, Rahul says he pursues this craft to ensure that the future generations remain aware of the types of vehicles that used to exist in the past.

“Most of the vehicles I make are not available now. I want my daughters and the coming generations to know that these vehicles were present among us years ago. That is the reason why I choose to make these vehicles. My favourite among the vehicles is the Gulf Motors bus. Every Keralite would know about that bus, as it is in a super hit movie. For many, it was unbelievable that I made that bus by just seeing the movie. I have seen the movie several times, just to make the miniature,” Rahul added.

Rahul makes these miniatures from materials easily available at home. “Anyone interested can definitely try something similar at home. There is no age barrier in learning new things,” says Rahul.

On a friend’s request, Rahul made miniature guitars for them. He added that he is happy to make such miniatures for others, but it will take some time to complete as he makes them only after his working hours. Rahul also says that he takes almost two to three weeks to complete one miniature.

It’s not just Rahul who makes such crafts at home. His sister Rethi Vijayan too makes them. Rethi mainly concentrates on bottle art, clay work, sculptures and drawings. 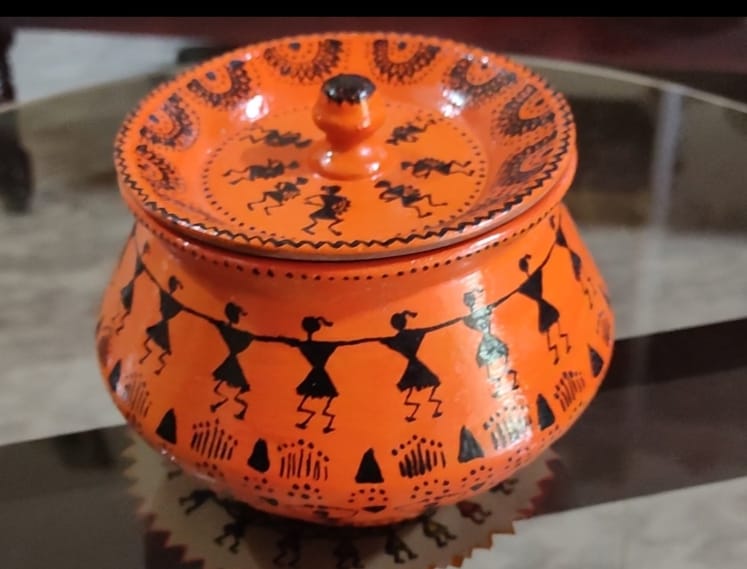 The story doesn’t end here. Rahul’s daughters Vaiga and Varada also have the same interest as their father. The 12-year-old and the 9-year-old also make crafts and miniatures. The siblings have made bottle arts, miniature houses, and other craftworks.

It should also be noted that their father did not give the kids any special classes on the crafts, but the duo watched how Rahul makes the miniatures and learned it by themselves.

9-year-old Vaiga said, “I saw how my father was making the miniatures and liked it, so I also tried myself making crafts. Now I know to make some crafts. At home, sister and I have made different crafts,” says Vaiga with a smile.

Seeing Rahul’s miniature works, a government school has also contacted him to teach students about miniature crafts. “Mostly next month I will be giving classes to students about the craftwork. I am also happy to share with the students how to make miniatures,” says Rahul.