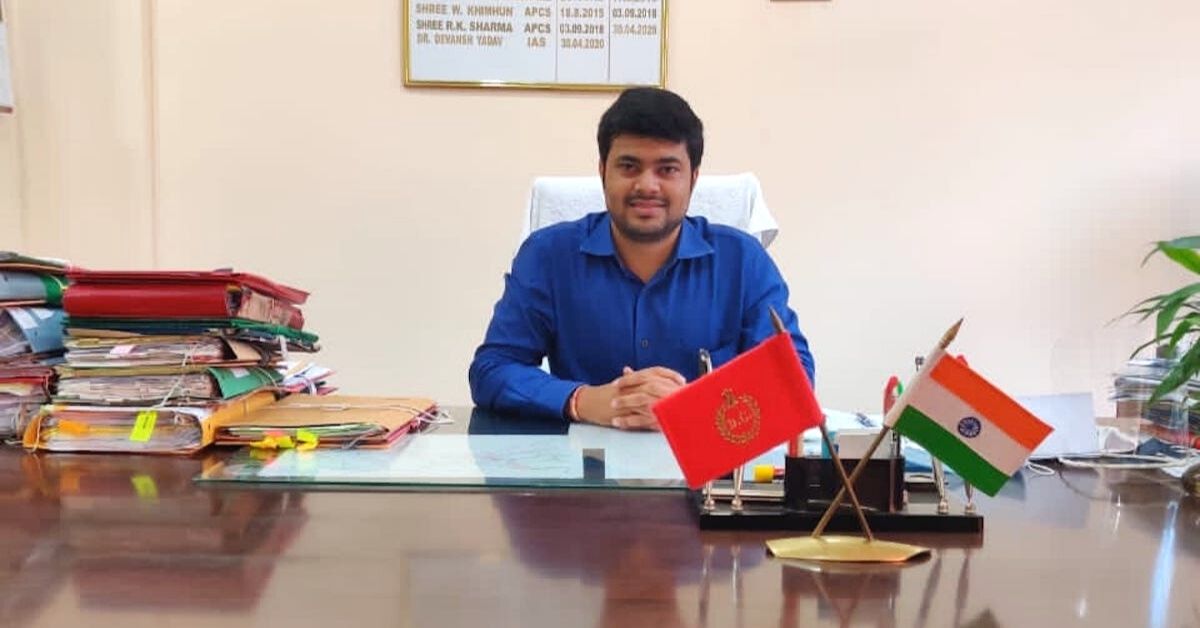 A couple of weeks ago, we brought you a story about an initiative by an Arunachal Pradesh IAS officer, Devansh Yadav, who started crowdfunding to help bright students from the North-East of India.

We, at The Better India, urged our readers to support the initiative.

Despite scoring more than 80 per cent marks in their class 12 board examinations, the weak financial conditions of their families deterred three young minds — Longsam Sapong, Senthung Yangchang and Leecha Haisa, from exploring their true potential.

Longsam, who secured 89.4 per cent in board exams had given up on his dreams until support arrived.

The appeal for crowdfunding received an overwhelming response from all corners of the country. Within hours, help poured in as people started responding to the call to support education costs for these three students.

Thanks to the generosity of caring readers like you, these students secured a place in Delhi University to pursue higher education.

However, with a little more support, you could help four more students in realising their dream of having a better education.

Ngilyang Reela and Nyamming Khomrang, have both scored 95 per cent marks after studying at a private college in Arunachal Pradesh.

Ngilyang lost her father at a young age while her mother earned through temporary work in a powerhouse. “I have taken admission for BA honours in history from Delhi University. But my mother cannot afford the living expense for all the three years,” she says.

The student says that studying in Delhi means not only being able to understand and prepare for the tough competition in the outside world, but also to build personality and get the necessary exposure.

“Devansh sir has promised to seek funds for our education. I hope to pursue a career in civil services someday,” she tells The Better India.

Nyammink’s father is a farmer and mother works as a lower divisional clerk in a government office. “I had given up the thought to study in Delhi owing to our financial conditions. But now I have hopes to study from a better faculty in Delhi,” she adds.

Karan Thapa scored 91.4 per cent and secured a seat with a private college. “My father is in the defence sector and my mother is a housewife. But given our financial conditions, I never thought of studying in Delhi. Bunnem Tangha madam, of the Women and Child Development Department, motivated me to do so. My parents are also convinced to send me to study in Delhi now,” he adds.

Another student named Sarah Techi is supported by her mother who works as a teacher. “My father is unemployed,” she says and adds, “If we get some help with accommodation in a hostel, it will be safer and cheaper for me to live in an expensive city like Delhi.”

Speaking about his initiative, the Deputy Commissioner of Changlang, Devansh, says, “We managed to collect Rs 3 lakh in the first week itself as help started pouring.”

Devansh says the crowdfunding drive was launched on October 26 with an appeal to cover various expenses. He adds, “The funds collected have helped to arrange for a hostel stay in Delhi where all the students would study in a safe environment. The funds will also cover the college tuition fees, transportation and other living expenses of the students for the next three years.”

However, the IAS officer says, “Initially, we decided to help only three students. But seeing the generous response, we now plan to support four more students with their education by paying for their accommodation.”

Devansh says he had received calls from many parents requesting their children to be supported through the initiative too. “However, we had to decline the request as the initiative is meant only for supporting students scoring high marks but unable to pursue undergraduate courses due to economically weak family background,” he says.

“We need more money to support these students for their accommodation and it would be helpful for the students to have opportunities studying in Delhi University,” he adds.

Devansh says that all the transactions are being ledgered and would be made public to maintain transparency on social media. “The bank accounts of these students are created and the money will be deposited in them soon. The details of the same would be conveyed to the people who have supported the cause through social media,” he adds.

However, reiterating his goal and perseverance, the IAS officer says, “Even if we do not get the required sum to meet the expenses, we will bear the expenses.”

Team TBI requests you to give a further push to their cause through your contributions and allowing these students to secure their future.