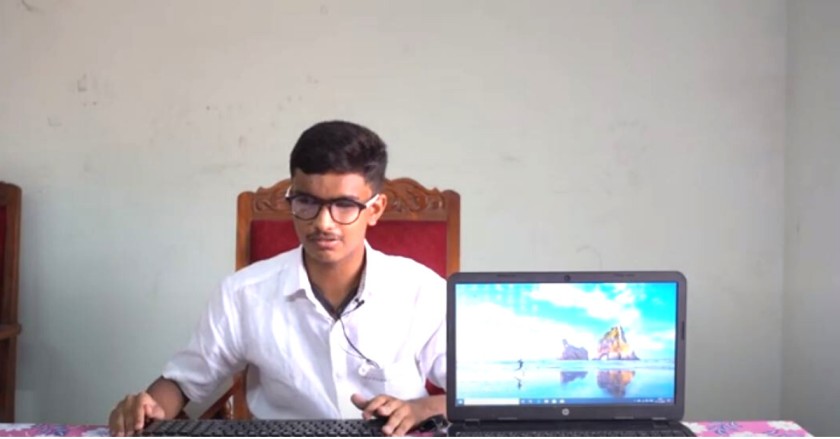 Using several assistive technologies for the visually impaired like screen reader applications, digital textbook databases, and tweaking several softwares using coding, Haroon managed to write his exams without the help of a scribe and scored an A+ in all 10 subjects.

Haroon Kareem TK, 15, hailing from Melattur, Kerala became the first visually-impaired student in the state’s history to write the class X SSLC examination entirely on the computer without the help of a scribe.

Using several assistive technologies for the visually impaired like screen reader applications, digital textbook databases, and other software for reading and writing Math and Science, Haroon managed to write his exams and scored an A+ in all 10 subjects.

“When I was very young, my parents would make my sisters read to me but after that, I joined a special school, but even there the resources that I had were very limited. In fact, up until my 5th grade, I had only read eight books because those were the only ones available in Braille,” explains Haroon.

The limitations did not stop there for Haroon. He goes on to explain how subjects like Mathematics and Science were neglected because they required more effort.

But over the years the resilient teen has made significant efforts to overcome the challenges.

“In my 5th standard, my parents got me a computer and that was the turning point in my life. I installed a screen-reader and an assistive software that renders text and images into sounds and braille. This software helped me read books and also helped me discover several resources that were available for the visually impaired online. I even attempted to memorise the entire Wikipedia when I was just 11,” says Haroon. 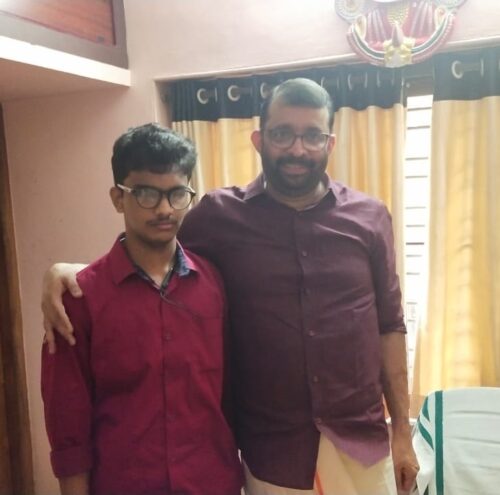 Two years later, Haroon got the opportunity to attend a programme organised by Chakshushmati, an organisation in Thiruvananthapuram that works for the welfare of the blind where he met Professor Ram Kamal, the director of the NGO who became his mentor ever since.

“He understood everything that I was passionate about. Although he was a person who had sight, he thoroughly understood all of my concerns about studying at a special school. He even encouraged me to master my computer skills in order to overcome the shortcomings. Ever since then, he’s been like a mentor to me,” says Haroon.

“Sir even introduced me to several resources like Bookshare — an online library for the print disabled,” he adds.

Haroon soon shifted from a special school to the Mankada Government Higher Secondary School in Malappuram.

“Although I had shifted to a regular school I was assisted by a scribe in several instances, especially during examinations but I continued to use my computer for schoolwork with the permission of my headmistress. And by the 9th grade, I had learnt how to read and write Malayalam also on the computer using the ‘Optical Resolution Technology’ which I had altered according to my needs,” he explains.

The Final Battle for The Exams 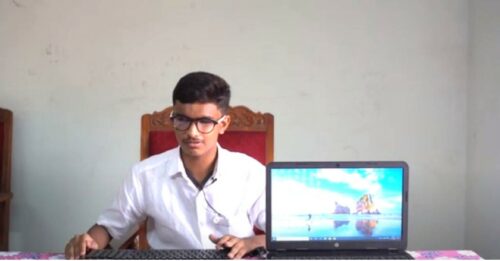 Although Haroon was able to write his exams using Microsoft Word, it did not support subjects like Mathematics and Science, which consisted of diagrams and equations. This was a major hurdle that Haroon had to cross in order to write his board exams by himself using a computer.

“At this point, Haroon started teaching himself programming. He installed a few open software like INFTY Editor into the system and made it support a common language called Mathematical Language (MathML),” explains Haroon’s mentor, Professor Ram Kamal.

He then took permission from the Secretariat, Thiruvananthapuram to use the system to write the examinations.

“The feeling of writing an exam in my own words without the help of a scribe was a dream come true after battling with the education system for so many years,” Haroon explains.

And when his results came in, no one was surprised to see that he had scored an A+ in all 10 subjects.

“We plan to move him to The White School International in Kozhikode, an International Baccalaureate Board School where he can pick the subjects that he wants to study in for class 11 and 12,” says Professor Ram Kamal.

When asked about his career goals, Haroon proudly said that he wants to study at Stanford University and become a software engineer.