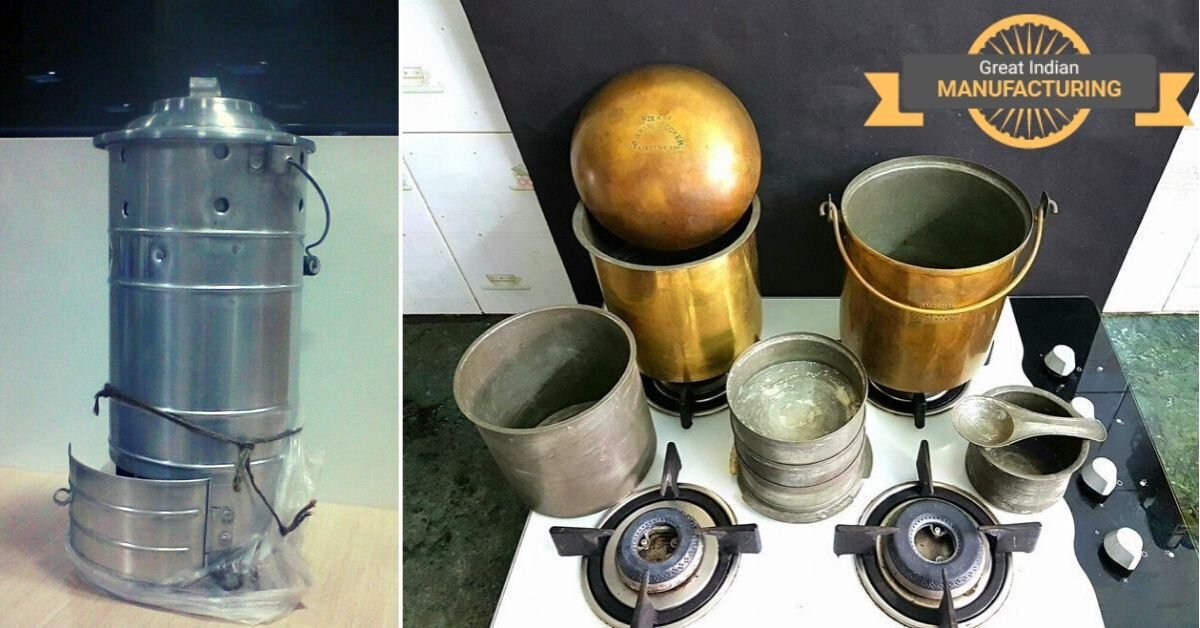 How and when did India fall in love with the trusty pressure cooker? To unravel the answer, we need to go back to 1869, when a forgotten Indian inventor was born in West Bengal. #GreatIndianManufacturing

As a child who would frequently lose herself in books, the sounds coming from my middle-class Indian kitchen had a way of making me jump.

There I’d be on a cosy couch, snuggled up with a Famous Five adventure, and it would come out of nowhere, this high-pitched wail, like that of a shrieking train crossed with a PE teacher’s whistle and a hissing tomcat.

This was the sound of our trusty pressure cooker, a fixture in desi kitchens for decades. So how and when did India fall in love with this humble device?

To unravel the answer, we need to go back to 1869, when a forgotten Indian polymath was born in Burdwan district of West Bengal. A man of many talents, Indumadhab Mallick was truly brilliant — by the age of 28, he had completed his post graduation in subjects as diverse as zoology, law, philosophy and physics!

Indumadhab later studied medicine at the Calcutta Medical College and wrote articles on scientific discoveries in magazines such as the Modern Review. He was also an avid traveller and inventor.

In fact, it was his journey through East Asia that inspired him to build his most famous invention, the Icmic cooker. And it was this steam cooker that paved the way for the eventual widespread acceptance of stovetop cookers in Indian homes.

So how did the Icmic cooker work? It was basically a tiffin carrier of sorts that was filled with food and lowered into a larger cylinder with a charcoal stove below. Water was placed in the outer chamber, the stove lit and the whole device sealed — with the steam from boiling water creating the effect of a slow cooker.

The moist environment of the Icmic Cooker was particularly well suited to cooking dals, curries and meat, making the invention a runaway hit in Bengali homes. The best part? The fact that the cookers could be left alone — since they weren’t pressurised, they wouldn’t explode.

Working bachelors living in boarding lodges were the biggest fans of Icmic cookers, because they would fill the cooker with dal, rice and meat, light the coal burner, and then go to work leaving the food to cook slowly. When they returned, the cooker would have their meals sitting inside, ready to be eaten warm.

In his memoirs Nice Guys Finish Second, Indian diplomat Braj Kumar Nehru recalled an uncle who would only eat food cooked in an Icmic cooker that “produced a nourishing but not exactly cordon bleu meal”. Ornithologist Salim Ali would also take along an Icmic cooker on bird-watching trips.

In 1944, The Times of India published an ad on Icmic cookers, extolling “Dr IM Mallik’s scientific and hygienic cooking apparatus”.

Little wonder it continues to be in demand in Kolkata, with new versions that can be used on gas and electric burners apart from charcoal. If you are interested in getting one, try Monmotho Enterprises on Kolkata’s iconic College Street.

Talking of much-loved indigenous cookers, this story would not be complete without mentioning the Santosh cooker and the Rukmani cooker.

“This cooker prepares food without affecting the most essential vitamins, the vital things required for bodybuilding,” explains an antique booklet written by Mumbai’s Kalidas Vanmalidas Bhavsar, the owner of Lalji Vanmalidas & Bros, the company that made and patented Santosh cookers.

In terms of working, Santosh cookers had four compartments that would stack inside a cylinder and a coal stove at the bottom — quite similar to Icmic cookers but made from 21 gauge brass. The cooker was primarily marketed as one you could carry with you while travelling. In fact, a drawing in the aforementioned booklet shows passengers boarding a plane with a coolie carrying their bags and a Santosh cooker.

While Calcutta had Icmic and Bombay had Santosh, Madras found its own version of a one-stop portable kitchen in the patented Rukmani cooker.

A must-have on pilgrimages undertaken in the old days, this cooker had five steel vessels that would fit inside a brass unit that could be carried around like a bucket. The components could be used in various combinations (depending on the menu of the day) to slow-cook food, with the brass exterior retaining the heat to keep the dishes warm.

But the rise of pressure cookers ended the reign of these traditional all-in-one cookers. In 1935, the Automa pressure cooker was launched and it got a big publicity boost when mountaineers attempting to climb the Everest took it along with them. In the mountains, boiling takes longer due to lower air pressure, so pressure cookers are a big advantage.

But it was only after a safety valve was included in the design that the Indian masses began using pressure cookers frequently — too many of them remembered erupting pots to do otherwise!

There’s an interesting anecdote about how this safety issue was resolved in India. In his book, How TTK Prestige Became a Billion Dollar Company, TT Jagannathan shared how a pressure cooker fix saved the company from imminent bankruptcy.

Around 1978, people and shopkeepers in north India had started complaining that their Prestige cookers kept exploding. Jagannathan investigated and found that the cookers were bursting because of spurious spare parts used by dealers.

While Prestige’s original safety plugs were made of tin bismuth (an alloy that would melt when heat reached critical levels), the material in the inferior spare parts wouldn’t, leading to bursting cookers.

Since it wasn’t possible for Prestige to stop the use of such spares by dealers, Jagannathan came up with a solution that would prevent the cookers from bursting even if spurious spare parts were used — the Gasket Release System.

This is how it worked: Whenever the cooker was overloaded or the safety valve blocked, the rubber ring (gasket) would be pushed out through a slot in the lid, thus releasing the excess steam!

“The GRS is just a hole in the lid. But if it were not for that hole, the company would have gone bankrupt”, writes Jagannathan.

With all these safety features being included, pressure cookers quickly became a kitchen essential in India. Despite the fact that they were cumbersome to handle, Indian women were quite appreciative of the fact that the cookers could cut fuel consumption as well as the time spent in sweltering kitchens.

With time, wherever Indians went, they began taking their precious pressure cookers along. UK-based Indian food blogger Sia Krishna remembers packing a pressure cooker along with her mother’s handwritten cookbook and homemade pickles when she first left India for a life abroad.

On a more light-hearted note, Chinmay Tumbe shares the creative non-culinary ways in which Indians abroad have been using pressure cookers in his book India Moving: A History of Migration.

For example, in Slovenia, an Indian doctor connected his pressure cooker to a big box to make a simple sauna for his Ayurvedic clinic!

Much closer home, there’s said to be a Pressure Cooker Baba temple in Siachen. The story behind it says that a pressure cooker in an army post on the glacier attracted a Pakistani heat-seeking missile, saving the soldiers it was aimed at. In gratitude, they built a shrine at the spot.

If that made you want to go and give your pressure cooker a hug, feel free to do so. You could also join hands with it to whip up a quick Bengali khichuri using roasted moong dal and fragrant gobindobhog rice. Here’s the recipe: https://www.bongeats.com/recipe/khichuri