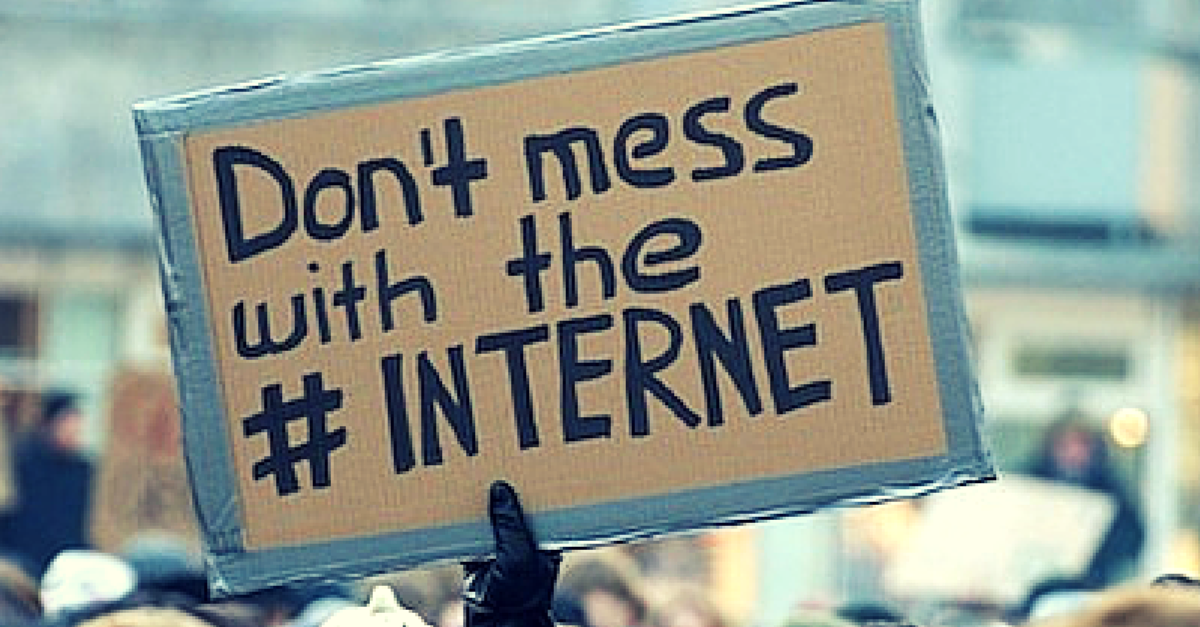 Here’s how net neutrality can save the freedom to use the internet and the e-commerce industry that might fade away soon. We need to realise how crucial it is for everyone to come together and raise their voice.

Before the idea of a digital India could gain ground, an idea that was supposed to provide information and access to the citizens around the countryside and facilitate them to integrate with the bandwagon of development, a spanner has been thrown into the idea by the supposed advocacy of the service providers to charge for the specialized services that the consumer right now is using for free in a sense.

The beauty of the cyber space lies in the fact that it does not distinguish between the reputation of the individual but provides equal access to one and all to use the medium of expression with equanimity.

According to the latest survey relating to mobile penetration and the manner in which the mobile is used, it was pointed that presently India has more than 200 million mobile users and a majority of them use the gadget for accessing information from the internet, commenting on social networking sites, and entertaining themselves through songs or videos.

But this could become a thing of the past, with the attempts of a few service providers and deep pocketed enterprises to throttle and muffle the freedom that the advent of internet has provided to the citizens of this country.Or would it?

Net neutrality as a concept was advocated for the first time in 2003 by Tim Wu, a professor in Columbia University, who underlined the fact that net neutrality means that there would not be any discrimination in providing access to data on the internet either by the government or the internet service providers for the users.

The controversy that has been invoked in the country has been on account of the steps initiated by the Telecom Regulatory Authority of India or the TRAI, which feels that the net neutrality may be re-looked into. The argument has been built around the premise that :

“The characteristics of over-the-top service providers or the OTT services are such that TSPs realize revenues solely from the increased data usage of the internet-connected customers for various applications (henceforth, apps). The TSPs do not realize any other revenues, be it for carriage or bandwidth.”

However, this is not the case, as one expert has pointed out: Content/Apps are hosted at servers in different places, and such servers in many cases are hosted at TSP’s facilities and other server facilities. In simple terms, content travels from servers to servers (via routers) finally to users like you and me. Telecom links/bandwith capacities/hosting/ port charges/subscription money, etc are certain revenue streams that get paid and accrue to TSPs at each step of the way. TSPs are not unfortunate victims. No charity is being done by anyone here as TRAI seems to imply.

Article 19 (1) of the constitution has given citizens the right to freedom of speech, and can TRAI question that right? Supreme Court has already in a landmark verdict underlined that the freedom of speech cannot be curbed. Does TRAI feel that in case of an adverse recommendation being accepted, the citizens of the country do not have the rights to approach the honourable Supreme Court on the matter?

It all boils down in the end to the fact that perhaps it is the perceived loss of revenue on account of the advent of services like WhatsApp and Viber that conventional ways of communication are getting replaced!

This is a moment of disruption in telecom industry and the industry does not seem to be prepared to face the change staring in its face, so it is trying to stop that change through a differential pricing mechanism.

It is not that something new has happened. If one were to travel back in history, the giant Google had come out with its own services like Googletalk, Google+, etc., to counter Skype and Facebook but it had to close down these applications as the consumer was not interested in using the services of the biggest service provider, but was rather inclined to align herself with a service provider that gave her the best options.

The telecom companies hold the view that they need to implement a differential price mechanism similar to that in the airlines sector. But they are blissfully forgetting the fact that the airlines industry is used by a select few, while the telecoms industry has become a source of livelihood for scores of people around the countryside.

Each penny that is increased as a cost for this rather excluded sector of the country, which is trying to integrate through the internet, would be a detrimental step backward in pushing them to their situations of despair.

Disruptions in business and in industry provide churning, and the telecom industry is passing through that phase right now. As a regulator, the government need not step into it, but let the service providers fights their battle of survival.

Why should the consumer be restricted for choice, or why should he be dictated about his preferences? It is fundamentally against the basic ethos of human rights, as it is a violation of the rights to access information in the way and in the quantum that he or she desires.

Fortunately, Flipkart, sensing the mood, has announced its withdrawal from a tie-up with the telecommunications company and this indeed is a strong message forward. Hope more such initiatives are taken, and an idea whose time would never come should not be surreptitiously saddled on the shoulders of the emerging India.

It also militates against the basic idea of Make in India, as Make in India seeks to gain ground with new start ups that would like to access a neutral net to make their mark, provided the internet continues to be neutral.

So raise the voice folks, increase the numbers of protests, which at last count are only a few lakhs. If we are 20 crore users of the net, let each one of us protest and underline it to TRAI through their own questionnaire.

Go to www.savetheinternet.in and in a few clicks you can have your response sent to TRAI.

Paash, the celebrated poet of Punjabi had written – Ek paththar to dil se uchalo yaron (Throw a stone with all your heart), and the time indeed has come for the net users to throw that stone at the advocates who are trying to curb net neutrality.