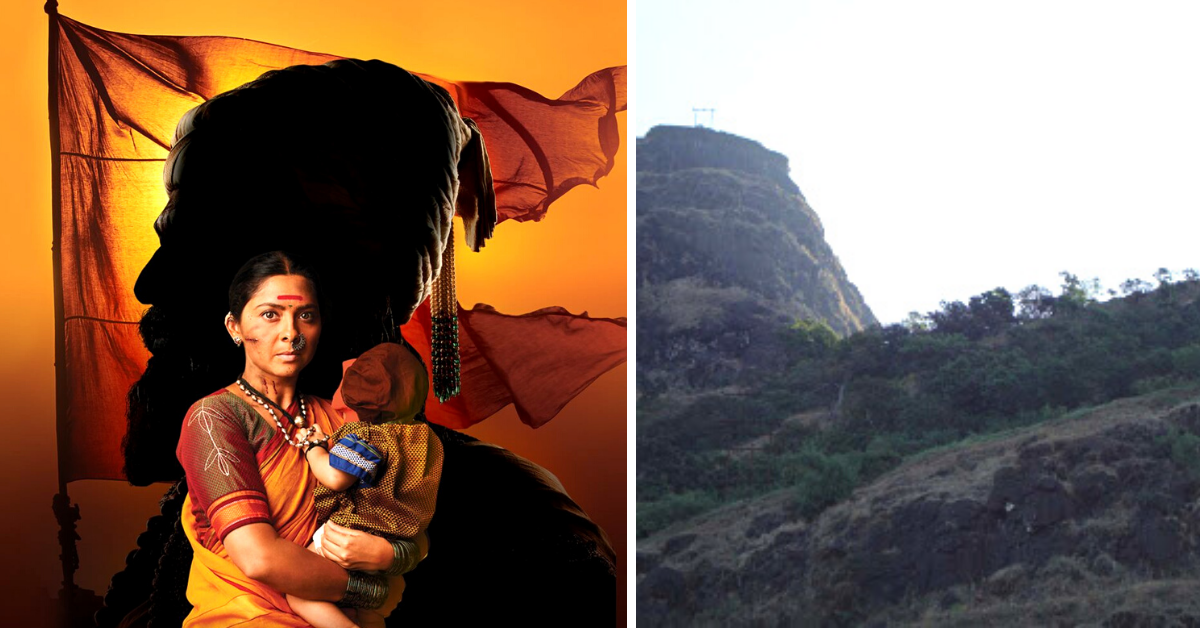 The act of bravery that this mother exhibited to get to her child forced the Maratha rule to acknowledge her strength. He not only praised her but also built a wall across the sheer cliff that she had climbed down and named it— ‘Hirkani Buruj’.

The mother stood at the edge of the precipice, looking down at the sheer vertical drop beneath her feet. The dark of the night did not help. Yet, the thought of her child, hungry, crying and waiting for her, firmed her chin. Taking a deep breath, she began the precarious journey down the cliff-side.

The tales of heroism rising from India always speak of ordinary women and men with extraordinary abilities – people do the unexpected, the unthought of. Although for those brave few, courage was the only option in a dire situation, for us, they are the inspiration we need at times.

A unique traditional board game that puts your skills in strategy and planning to test! Get it here!

Such was the resolve of Hirkani, a poor milkmaid, living in Shivaji’s kingdom. The act of bravery that this mother exhibited to get to her child forced the Maratha ruler to acknowledge her strength. He not only praised her but also built a wall across the sheer cliff that she had climbed down and named it— ‘Hirkani Buruj’.

The incident still echoes down the corridors of time and is a source of fascination to many. Like the recently released movie—Hirkani—directed by Prasad Oak with the popular actor Sonalee Kulkarni playing the lead.

Hirkani lived near the famed Raigad fort, situated near Pune. Chhatrapati Shivaji Maharaj had seized the fort and turned it into its capital in 1674. The fort sits atop a hill in the Western Ghats and massive walls protect it from all sides. A sheer drop on one side seemed protection enough. Who would climb up or down the dangerous and steep hill-side?

A village sprawled at the base of the hill was the source of the daily merchandise needed by the citizens living within the fort’s compound. To sell their wares, the villagers trekked up the hill via the road leading directly to the fort gates which opened at dawn and shut at dusk each day and the rule dictated that the gates would not be opened for anyone till the next morning.

Like everyone else, Hirkani would also stand in line at the main gates every morning.

On one such day, while getting ready to leave for the fort, Hirkani got delayed as her child was inconsolable.

However, the milkmaid managed to make it to the daily market and sold milk to her regular customers. Unfortunately, she was late to reach the gates in the evening and the Mavla (soldier) in-charge had already shut them at sunset.

Since she had left her baby at home, not returning was not an option. Hirkani tried pleading with the Mavla who did not budge and told her that Chhatrapati’s orders had to be followed at all cost.

With the thought of her baby being alone and hungry, Hirkani did something she had never done before.

She scaled-down the dangerous hillside in the dead of night. Though severely shaken, scratched and hurt from the harrowing journey, the mother managed to reach her baby.

The next day, like all other days, Hirkani was at the fort’s gates for the daily market. The Mavla was shocked to see the milkmaid entering the gates. He immediately took her to Chhatrapati Shivaji on charges of breaking the rules.

Shivaji heard her story and then looked at the scratches on her hands and face. Instead of punishing Hirkani, he praised her bravery and immediately ordered for the construction of a wall at the unprotected vertical drop and named it after her.

This Buruj still exists, and so does the tale of Hirkani. While Hirkani did not have any magical powers, what she did have, was a mother’s will to get to her hungry child.

Also Read: Shooter Dadi: The Story of an Octogenarian Who’s Breaking All Barriers With Her Awesome Aim