MY VIEW: 5 Lessons Of Life I Got From AAP’s Humongous Victory In Delhi

AAP's landslide victory in Delhi's recent elections has given a new meaning and turn to Indian politics. Here are five life lessons that our reader Nalin Rai learnt from the Delhi poll results.

AAP’s landslide victory in Delhi’s recent elections has given a new meaning and turn to Indian politics. Here are five life lessons that our reader Nalin Rai learnt from the Delhi poll results.

Curtains have fallen on the Delhi Elections and it would indeed go down in the annals of India’s history as being a watershed moment. But rhetoric apart, this election has thrown up some interesting lessons that need to be imbibed if we want to improve our lives and in the process initiate the trigger for a Better India moving forward as well!

1. Mark the words before you utter them, as they are arrows that have been shot from the quiver and will find a target Words in politics need to be uttered really carefully. From the times when Rajiv Gandhi uttered – Hum unko nanee yaad dila denge, to a Mani Shankar Aiyar’s chaiwala comment, to BJP’s various utterances in Delhi including anarchist, thief, etc., that perhaps became the trigger to serve them a drubbing that they would not forget in a hurry – underlines the fact that one needs to weigh carefully before opening the mouth or else has to face the consequences later on. Albert Einstein’s words – “If most of us are ashamed of shabby clothes and shoddy furniture let us be more ashamed of shabby ideas and shoddy philosophies..” – is a maxim that has been underlined again in these elections. Sartorial preferences for leaders in the public space need to be selected with choice so that it does not signify exclusiveness of exclusion; rather it should be such that it should connote subsumed inclusiveness.

3. Ability to acknowledge mistakes and apologize in public will take you far 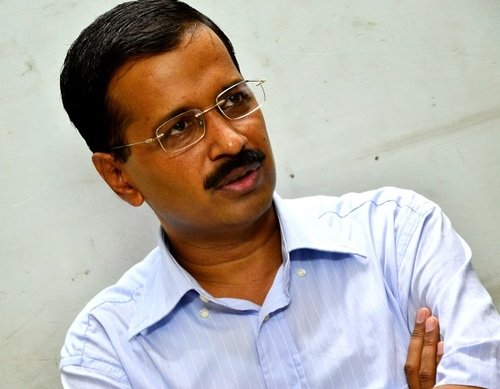 One of the biggest problems that the common man faces with political leaders is that they never acknowledge the mistakes that they commit in the public space and pass on the buck. More problematic is the inability to be candid and accept failure. Kejriwal was a supposed “Bhagoda”, one who ran away from responsibility in the first term, but he had the conviction to acknowledge failure and the public gave him another opportunity to prove himself. If we start adopting this attitude, most of the problems in life would start dissipating.

4. Ability to laugh and ridicule oneself can hold one in good stead

The video that has gone viral after the astounding victory of AAP, where Arwind Kejriwal makes fun of himself, is a pointer to the fact that whatever position one has acquired in life, one should have the ability and the conviction to laugh at oneself and move on. Yesterday is history and it is tomorrow that beckons.

5. Never underestimate the power of the common man Mahatma Gandhi had said the politician should strive to put a smile on the face of the common man on the street – even by means of words – and that makes the day for him. The jury is still out on whether AAP will be able to meet its promises, but what it has done is that through its Barmy Army, it has brought the common man within the perceived reach of the powers-to-be. It has brought an anticipation of participation and therefore a tinge of smile on the weathered face mired by day-to-day issues related to existence, and this could indeed go a long way in the integration of the common man in the process of governance.