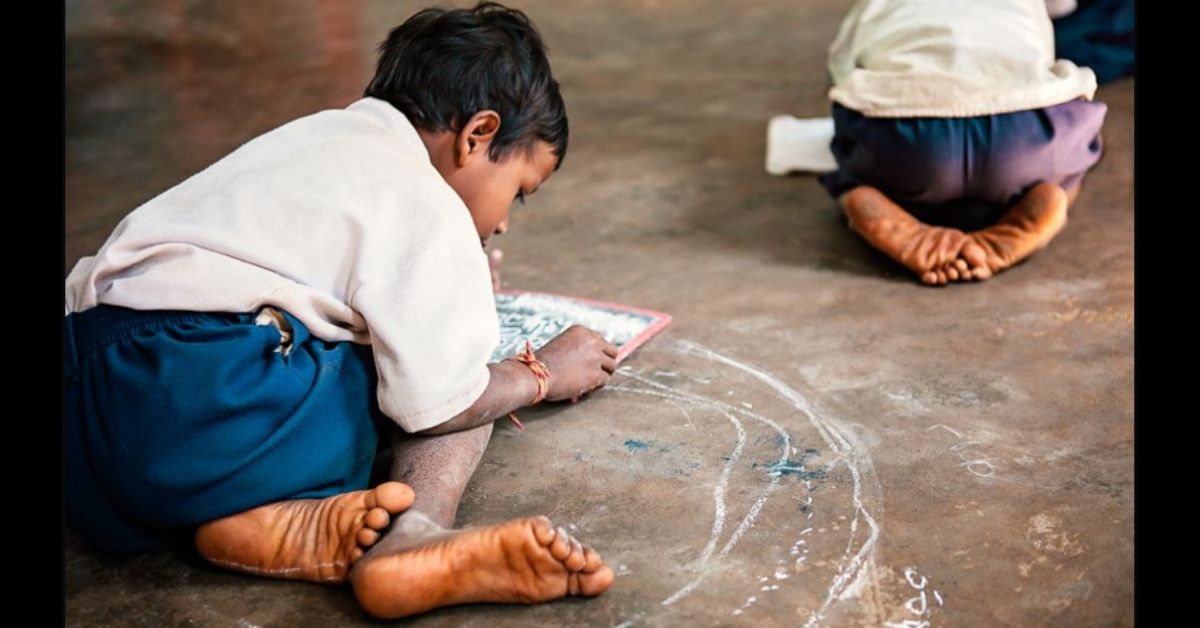 “Things that we take for granted are often the most crucial. A desk, chair or a blackboard might sound to be the most basic requirement in a school and yet there are hundreds of schools in rural India that are devoid of them. This was our attempt to break that bubble and bring forth a sustainable solution.”

Every morning, carrying a burden of neatly arranged books wrapped in plastic in one hand and an umbrella on the other, eight-year-old Ganesh Sanas walks almost three kilometres dodging the monsoon showers to reach his school in Satara, Maharashtra.

Once inside, he moves around the classroom, touching the floor with his feet in search of a dry corner to keep his books, and sit. Sometimes, he even comes early to get the best spot.

For him, and thousands more in rural parts of India, an opportunity to study while seated on a chair, with the books on the desk, is a luxury. On the contrary, something as simple as stationery, desks and chairs, for many of us are necessities.

“Things that we take for granted are often the most crucial. A desk, chair or a blackboard might sound to be the most basic requirement in a school, and yet, hundreds of schools in rural India are devoid of them. This was our attempt to break that bubble and bring forth a sustainable solution,” says Shobha Murthy, who is changing the scenario with a desk worth Rs 10.

Founder of a Mumbai-based NGO, Aarambh, Shobha has been working in the education sector, especially disadvantaged schools for the past 22 years. Her work in various urban slums in the city, as well as remote areas of Maharashtra, has focused on making education truly accessible for all. Building these desks was another step in that direction.

Speaking to The Better India, she adds, “Sitting for long hours while bent over to write on the floor amounts not just to bad handwriting but also various health hazards like poor eyesight and posture. And yet, so many schools don’t have the means to provide this facility, as buying furniture would mean large flow of funds, which is far from the reality.”

So, one had to find a sustainable solution that would be beneficial for the students without costing the school.

The answer was found to be a portable Multi-functional Help Desk made of recycled cardboard, that could double as a raised writing desk and a book bag!

Launched in 2017 in various schools in Satara district, the innovative desk was an inexpensive solution, made out of cardboard refrigerator boxes and spare car parts. Based on stencil design, they manually made cardboard cutouts and folded them to form simple school desks, known as help desks.

However, they eventually used a laser-cutting machine to make the process more efficient. The creation of a desk from recycled cardboard cost between Rs 10-12, allowing the organisation to make and distribute them for free.

As a result, the 50 cm raised top of the desk allowed children to sit comfortably cross-legged, which meant that they could stay longer at school.

“Not only is it an inexpensive alternative but is also light-weight and portable. They can be folded in a compact briefcase or bag and neatly piled up in a corner when the class is over, or when the teacher wants the students to engage in an activity which needs an open space in the classroom,” says Shobha.

So far, Aarambh has been able to change the lives of 2,000 children with the help of this desk, in Western Maharashtra alone.

“We didn’t expect it to be such a hit and now, many more schools are asking for it, not just in Maharashtra but beyond as well. And so, we want to scale it up once we manage to get the funds,” she adds.

They further hope to improve the material and make it waterproof and more sustainable during the rains. “The help desk has helped many students to look forward to school, and we want this to be possible around the year. We are planning to expand this project into an employment generation means as well, by empowering the rural youth to manufacture them and earn a living. Along with transport costs and the machinery, the project would need an estimated Rs 14 lakh. We have already been able to manage around Rs 6 lakh of funds and hope to kickstart the improved version soon,” shares Shobha.

A project as innovative and useful as this that has the potential for mass impact should not be curled up into oblivion due to lack of funds. With our best wishes and support, we hope to see Aarambh begin a revolution across the country!

To know more about the project and how to extend your help, get in touch with them on Facebook or on their official website.