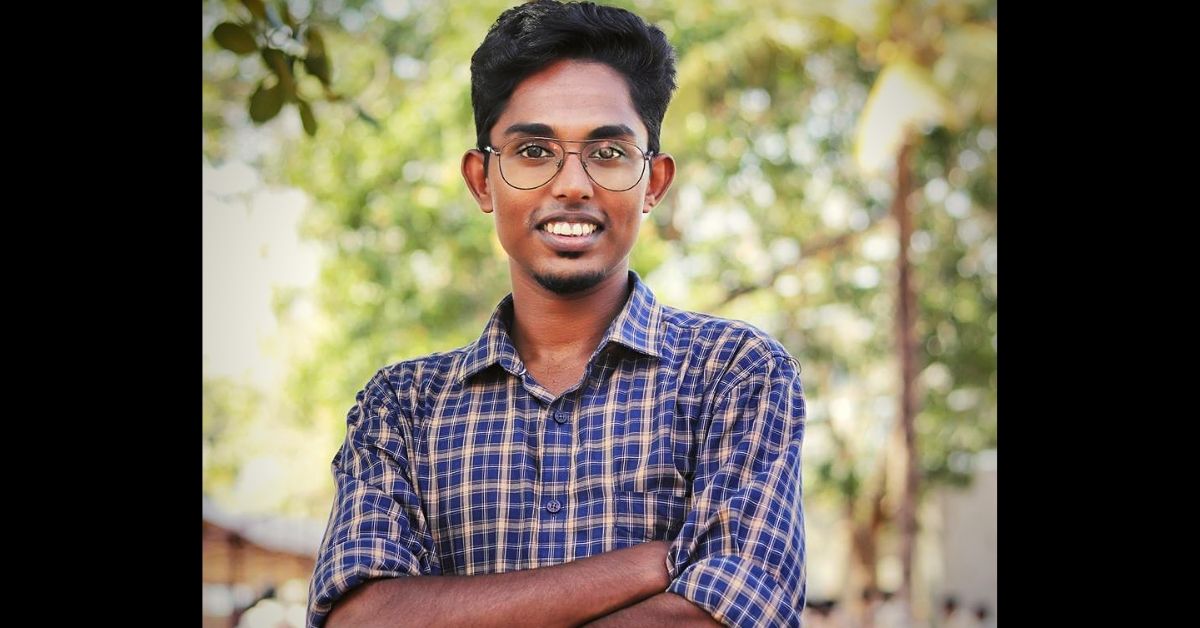 “After getting beaten, when blood dripped from her forehead, I have often asked her why she bore it. I remember her telling me that she was willing to suffer for my sake as she was living for me. That day, I had decided about this moment.” #Respect #Heartwarming

He was in Class 10 when his mother decided to finally walk out of an abusive marriage.

For years, he grew up watching his mother sacrifice and toil in the misery of an unhappy marriage. When she left the horror behind to start anew, her only thought was for her son.

But now, the boy, Gokul Sreedhar is all grown up. He wanted to break the pattern of his mother, always putting others before herself. “At least, now I want her to live her life, for herself,” shares Gokul, an engineer based in Kollam, Kerala.

And to do so, he took a big step of disregarding social taboos and fell whole-heartedly into making the arrangements for her marriage!

Sharing the experience in a recent Facebook post written in Malayalam that went viral, the Kerala boy says, “Amma is a kind of woman who always kept her life aside for others. Her marriage was a tragedy where she suffered a lot. Once, when I saw her with blood oozing out from her forehead after being assaulted, I had asked her why she was still enduring it. I remember what she told me then that she was living for me, and she was ready to endure more.”

The son’s emotional post recalling his mother’s struggle moved the internet to the core, with more than almost 4,600 shares and 43,000 likes, in less than a week.

Speaking to The Better India, Gokul says, “I was unsure and nervous about writing the post in the beginning. I knew that my friends and family would support, but I was doubtful about the people in my hometown as remarriage is still considered a taboo. But, I’m glad that I never gave in to it and did the right thing about sharing my mother’s story. Because, to my pleasant surprise, I was flooded with congratulations and positive remarks and not a single negative comment!”

He shared that once his parents were divorced in 2013 post a lengthy procedure, his mother began working as a librarian in Kollam.

“The day I left the house holding my mother’s hand, I promised myself that I would make this (remarriage) happen. She sacrificed her youth for me, but there’s so much more to life, and I am happy that she can now explore it. I did not want this to be a secret, so I shared,” he wrote in the post.

Also Read: This Former Sex-Worker Fought The World To Claim Her Right to Motherhood

However, convincing her for a second marriage was not easy.

“I was always worried that after I get a job somewhere else, she would be alone,” said Gokul who is pursuing his passion now, with a BSc degree in English and Political Science from the Indira Gandhi National Open University.

His anxiety eventually led him to his mother’s colleague at the library, who suggested the match. After much thought, when he first approached her with the idea, she flatly rejected.

“Like anybody, this was also hard for her. But with the help of other family members, we were eventually able to convince her,” adds Gokul who recently arranged a low-key wedding of his mother, Mini Ayyappan with a retired army colonel, K Venu, who is a widower with a son and a daughter settled out of Kerala.

After the wedding, when he shared the post on social media, the response overwhelmed him.

“I never thought that this would garner so much attention and appreciation. There have been several people who shared their experiences and dreams of getting their single parents married as well,” he adds.

Having set a positive precedent, Gokul hopes that many such cases come to the fore so that the taboo around remarriage and second chances breaks down eventually. And we salute this endeavour!