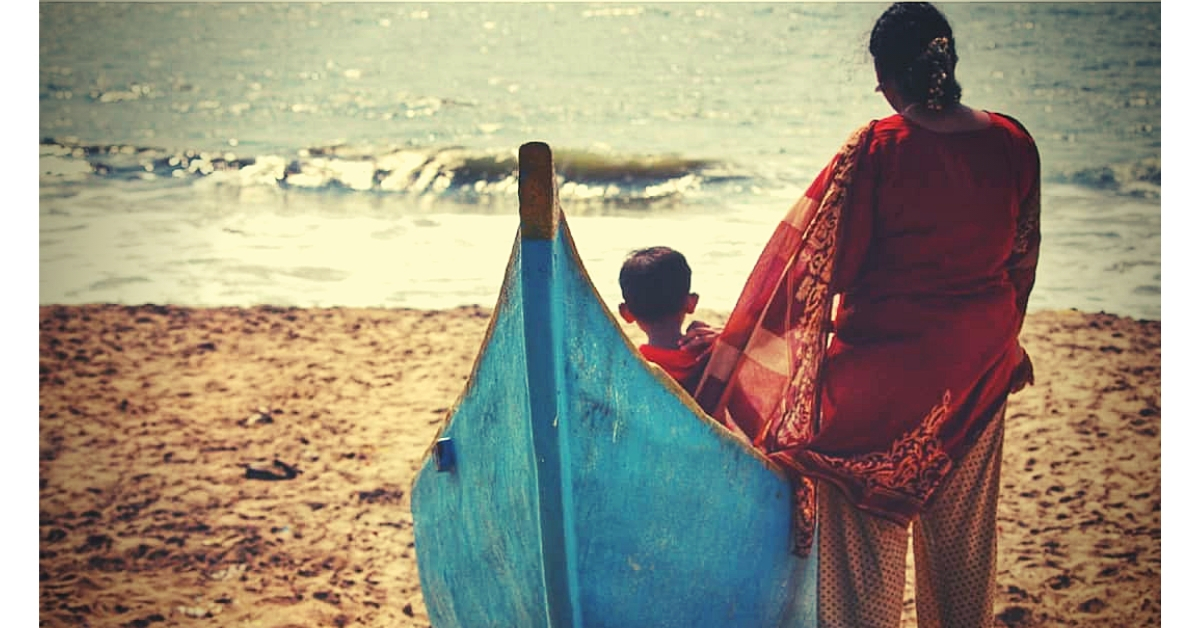 “When I realised I was pregnant, the first feeling was of fear. I was afraid of the world and how it would receive or treat my child. People around me kept pushing me towards abortion. They said that I was not fit to be a mother. But, who are they to tell me if I will be a good mother or not?”

“Most people say that motherhood is a blessing. In our community, most consider it a curse. I feel they are wrong because the divine doesn’t discriminate, humans do. I was a part of that community, and I was blessed with the most beautiful child with a heart of gold,” says Rani.

She was one of the few to fight the community and the society, to claim what was her right—motherhood.

Rani (alias) is a 32-year-old former sex-worker who believes that her accidental pregnancy gave her the strength to break away and fight for what’s right.

In conversation with The Better India, Rani opines how society cannot define motherhood based on preconceived notions and conditions or even judge her, or mothers like her.

“When I realised I was pregnant, the first feeling was of fear. I was afraid of the world and how it would receive or treat my child. People around me kept pushing me towards abortion. They said that as a sex worker, I was not fit to be a mother. But, who are they to tell me if I will be a good mother or not? I was confused, hurt, scared and devastated to think of my child’s future,” shares Rani.

She soon reached out to ‘mumma’ aka Seema Waghmode, a social worker and founder of Kayakalpa, an NGO which provides legal, economic and social assistance to commercial sex workers.

With Seema’s support, Rani reached out to the father of her child, a regular customer who had fallen for her.

“We knew that we loved each other, but such love stories are born here, only to die, daily, because of the lack of courage. Somehow, after talking to mumma, when I was clear that I would be a mother, the fear soon started to be replaced by courage. And after we told him about the child, his response was also the same. We decided to get married and raise our child away from here. Mumma helped us with the rescue, and now, we have such a happy life, that I sometimes pinch myself in disbelief!” she says.

Almost ten years have passed since she was rescued and married for good.

Rani was once like the many women hidden behind the brightly coloured curtains of run-down ‘Kothas’ in the dark alleys of Pune’s red-light area, Budhwar Peth. Like many before her, she was duped by a trusted family friend and pushed into the flesh trade.

“I lived in a small village in Assam and was brought to Pune by a family friend on the promise of a decent job. My family was very poor, and I wanted to help, but I didn’t know that he would cheat and push me into this. I was just 16 then. Every night, I would beg them to let me go. It was too much until I numbed myself to silence,” she recalls.

However, all that is now in the past. She has a new life, and nothing will come in her way.

“It is challenging, but no mother will tell you anything different. I want to give my best for my son, just like any other mother. Although I was forced into it, I am not ashamed of my past. I simply want my son to grow up like any ordinary child of his age. I’m not sure how or when I will have the strength to tell him, but I have parked that thought for now. My husband supports me in whatever I do, and my son loves me, and that is all that matters,” she adds.

As a happy homemaker now, Rani shares a joyous moment with her five-year-old son. She says, “He often asks me for two-rupee coins for his gullak (coin bank). One day, I was complaining to his father about not taking me anywhere, and my son instantly intervened with his gullak in his hand and said, ‘Ma, you don’t have to ask papa again and again. Tell me, I will take you wherever you want’.”

Sometimes, the constant judgement from people and how they impose conditioned ideas of motherhood, bother Rani. She shrugs them away with iron strength each time, reminding herself of the ultimate truth-

“If I would have listened judgement from society or the community and carried on with the abortion, then this beautiful angel would never have come into my life and blessed me! He is my true strength!”

Also Read: This Incredible ‘Mother of Orphans’ Has Nurtured 27 Kids In the Last 26 Years!

To know more about Kayakalpa, visit their website here.