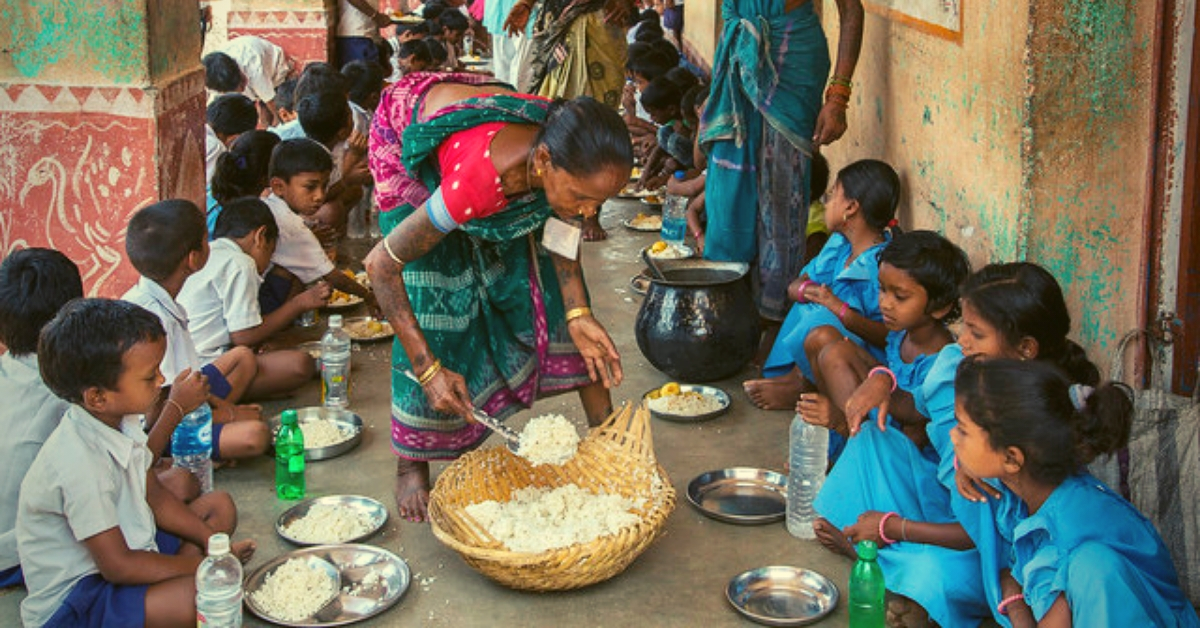 “As the school grew, many of our students began to come from far off places in the neighbouring outskirts. Some would travel over 15 km to reach the school”

A few minutes to noon, and an impatient restlessness fills the air. Just as the clock strikes, the bell rings; and boundaries of anticipation and discipline break open. The students flood out into the dining hall all in pursuit of their delicious lunch.

This is a daily scenario at the 133-year-old Sourashtra Boys Higher Secondary School in Madurai. Wrapped in the delicate pages of its glorious past, the school inspired the present-day Midday Meal Scheme.

Initially established to provide education to saurashtrians of South India who migrated from the Lata region of Gujarat, the main objective of the school has always leaned toward social good.

“The community is a linguistic minority largely comprised of poor handloom weavers. Education was never an option for them, as children after the age of seven or so go to work with their parents. For them, this was the only way of earning a living. We wanted to change that perspective, and so the school was opened,” said M N Sankaran, President of Sourashtra High School Council.

The school administration started the midday meal programme as an incentive for the parents to send their children to school.

Hence, in 1911, several trustees and philanthropists started one of the oldest noon-meal schemes employed in a school in India, claims M N Sankaran.

“Back in 1954, during our golden jubilee celebrations, the then Tamil Nadu Chief Minister K Kamaraj had visited the school. The noon-meal programme highly impressed him. He soon sent Dr N D Sundaravadivelu, Director of Public Instruction to review the service in our school,” informs Sankaran.

Sundaravadivelu, after the review, went on to recommend this practice to the government. The State government then implemented the scheme across the State.

“Soon its success story reached the Centre, and now the entire nation follows the scheme. And so Sundaravadivelu is known as the architect of the scheme for school children,” adds Sankaran.
Although the menu changes daily, a few items like rice, sambar, rasam, pickle and buttermilk, are always constant. He added that they make sure to serve nutrient-rich food as well as tasty treats like payasam or kesari on special occasions. The school has been serving a healthy and delicious three-course meal for almost a century to millions of students, and that too for free.

The school gets all its funds from trustee members, private donors and alumni.

“When we began we had almost 2,000 students eating every day. Now with more schools in the area with the same scheme, we now serve 1,200 students a day. But on the other hand, the expenses have increased as well. Initially, we had created a corpus fund to allow it to function seamlessly, and as per calculations, it cost 25 paise per day per student. Since then it has grown from 50 paise to Rs 15 per student per day now. But with a steady flow of donors and alumni contribution from across the world, we have never had to break with this tradition ever!” Sankaran said proudly.

With the noble cause at the forefront, the school expanded the scheme to include a free breakfast meal programme.

“As the school grew, many of our students began to come from far off places in the neighbouring outskirts. Some would travel over 15 km to reach the school, and in such cases, they would often have to miss breakfast to reach on time. Our school begins from 8 o’clock and continues till 5 pm, and expecting the kids to be hungry till noon and sustain till the evening only on noon-meal was unreasonable. So we stretched the programme further and began serving breakfast from 2003,” he informed.

With the help of more than 100 voluntary donors, the school now serves a variety of items along with idli, pongal or puri for breakfast.

Also Read: From 0 to 56 Students: How One Man’s Vision Transformed a Maharashtra Village

“Our main objective was to provide education and nutrition to children who could not afford even a single meal a day, and we are proud to say that we were able to continue that for this long. In return, we got a stellar legacy of students, unimaginable amount of love and respect. What more can a man ask for, in his lifetime?” exclaims the 81-year-old happily.