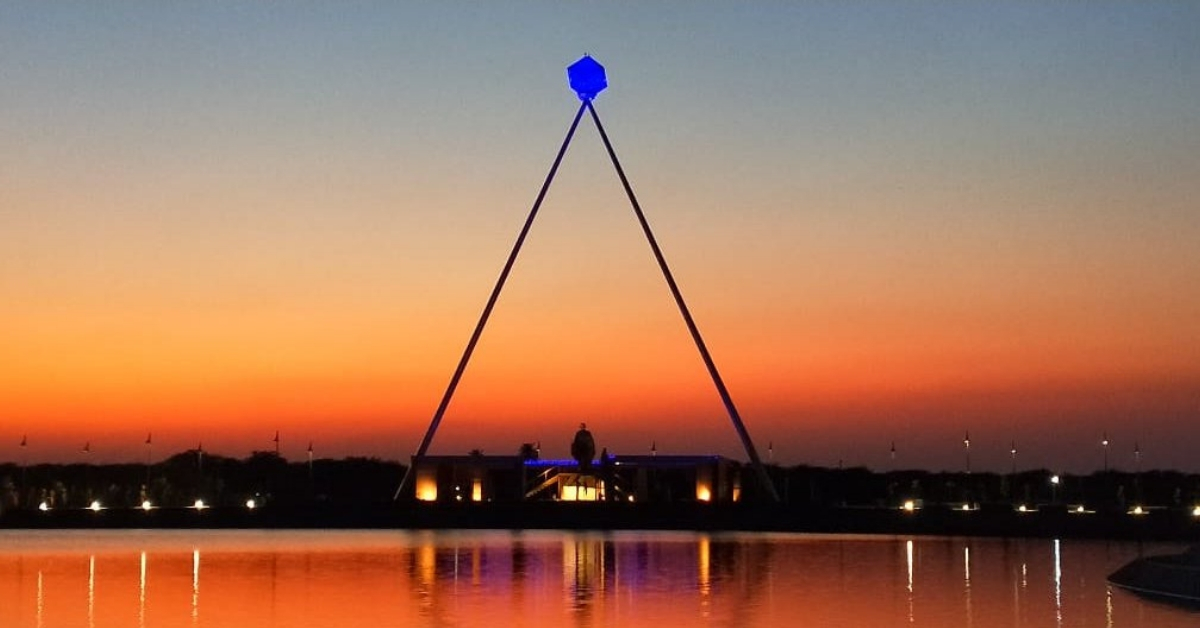 On April 6, 1930, 61-year-old Mohandas Karamchand Gandhi picked up a lump of salt and proclaimed, “With this, I am shaking the foundations of the British Empire.”

There are a few things that we learn while in school that stay with us even after we leave those hallowed walls.

One such watershed moment that we have all learnt about is the Dandi March. While our textbooks explain the struggle in a simplified way, over the years, I learnt more about it.

On April 6, 1930, 61-year-old Mohandas Karamchand Gandhi picked up a lump of salt and proclaimed, “With this, I am shaking the foundations of the British Empire.”

Imagine the scene to understand its gravity.

A man whose knees trembled when he was asked to make his first appearance as a barrister had so much conviction in getting to his goal that despite all the hardships he faced until that moment, he still believed and fought for the country’s independence.

To commemorate this significant moment, a National Salt Satyagraha Memorial was constructed in Dandi, where life-size statues of the Mahatma and the 80 other Satyagrahis are displayed. There are also 24-narrative murals depicting the various events that took place during the historic march.

Sanctioned in 2005, this memorial has received inputs from various establishments and individuals. It will be inaugurated by the Prime Minister today.

According to a release on the official website, “A High-Level Dandi Memorial Committee (HLDMC) was constituted under the leadership of Gopal Krishna Gandhi, grandson of the Mahatma Gandhi to oversee the project. IIT Bombay was later assigned the task of conceptual design, coordination and implementation of the project. Different departments of IIT Bombay conceptualised various elements of the memorial, including the memorial structure, the statues and murals, the artificial lake and the solar panels used for generating clean energy.”

Here are five things you probably did not know about the Dandi March:

1. Leading a group of 80 other Satyagrahis, Gandhi started this movement from his base at Sabarmati Ashram and took 24-days to reach Dandi. Joining him were people from various walks of life and states of India.

The youngest Satyagrahi who accompanied him was 16-year-old Vittal Liladhar Thakkar, a student from Gujarat, while the Mahatma himself was the oldest.

2. Before Gandhi could commence this march, he sent a letter dated March 2, 1930, to Lord Irwin, British Viceroy (1923-1931), giving him notice of his intent and urging him to reconsider the colonial stand.

In the letter, Gandhi had mentioned, “If my letter makes no appeal to your heart, on the eleventh day of his month, I shall proceed with such co-workers of the ashram as I can take, to disregard the provision of the salt law.”

3. 25-year-old Thevarthundiyil Titus, a diploma holder from the Indian Dairy Department and a worker in the Cow Service Association, also joined the movement.

In a report published by the Reader’s Digest, his son, Thomas Titus, recounts some of the experiences his father had shared about the march.

With the Satyagrahis spending most of their waking hours walking through villages, the food that they ate was simple. The Lily Biscuit Company in Calcutta had offered a consignment of biscuits, but Gandhi had politely said no as it would be “a luxury”.

4. While the march continued through Gujarat, a group of housewives led by Kamaladevi Chattopadhyay marched to Chowpatty in Mumbai (then Bombay). Despite being hit by a police lathi, she refused to call off the protest and marched on.

Soon, despite police attempts, the crowds grew and hordes of housewives carrying pots and pans joined the ranks.

Eventually, as they started making salt, the first packet prepared by Kamaladevi was auctioned for the sum of Rs 501. The ‘Salt Satyagraha’ then went on for days in Bombay.

5. When Gandhi set out on this march, the destination, at first, was not going to be Dandi. The plan was to stop somewhere near Borsad in Gujarat. However, given how many people joined and the general fervour of the movement, Bapu decided to extend the march up to Dandi.

While we all had some ideas about this mass civil-disobedience movement, there will always be snippets of history that we keep discovering. If you are aware of more such stories from the past, do let us know.

You May Also Like: ‘Why Should We Be Dumb?’ How One Monk’s Speech Changed The History of Ladakh