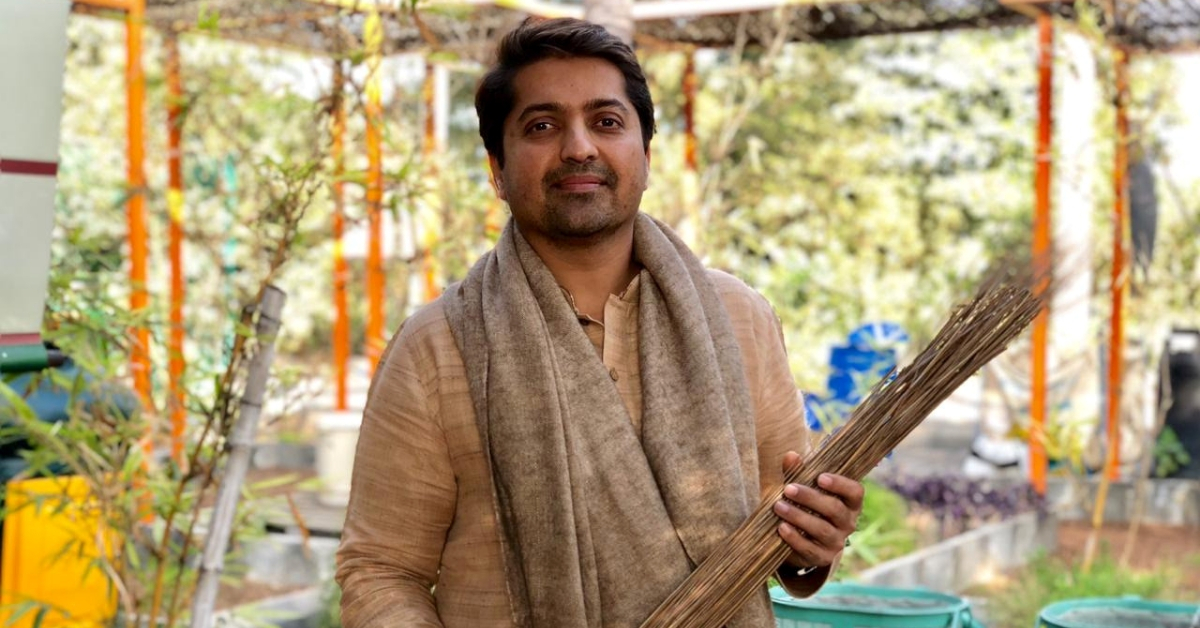 What sets TEFF apart from the other NGOs working towards the same cause is their realisation that food can be grown anywhere. With the same vision of helping the urban citizens take up farming or gardening in the space that was available to them, TEFF started a Waste Management Park in June 2017.

An endeavour that began as the CSR initiative of a spice-manufacturing brand has resulted in helping over 900 farmers and 1500 students rethink waste management strategies.

He has done this with the aim of bringing together sustainability and urban farming with the collective goal of managing waste at its source.

Suhana started as a small venture in 1962, by Hukmichand Chordia and his wife, Kamalbai, who were based in Rajasthan.

The couple was living a hand-to-mouth existence. In order to earn more money, they decided to produce a small line of home-made spices. Little did they know that their tiny venture would transform into a flourishing business, and become a household name in India and even be exported to 21 countries.

Anand, who has a Masters degree in Food Technology, became the Director of the company in 2004. Among the many things he observed after taking charge, was the adverse impact of their factories on the environment.

He realised that since the business had grown to cater to a massive clientele, the manufacturing process led to tonnes of waste being generated every day.

There was an urgent need to manage it efficiently.

Speaking to The Better India, Chordia said, “We initiated a process where we studied the premises, conducted a waste audit, produced a waste map and identified the type and amount of waste—organic or inorganic—generated from all the units of our company. We even studied the waste in a technical manner. After consulting and receiving guidance from experts in this area, we created a treatment plan to reuse, recycle and upcycle each type of waste. Through all these consistent efforts of three (2014 -2017) years, we found concrete results.”

But that wasn’t enough. Taking these steps on an organisational level would have helped the company to become eco-conscious, but there was so much more they could do by simply sharing their knowledge and experience.

This thought led to the establishment of the Eco-Factory Foundation (TEFF), a non-profit that works towards sustainable living of rural and urban India.

Their motive was simple—turn waste into wealth.

What sets TEFF apart from the other NGOs working towards the same cause is their belief that food can be grown anywhere. Anyone, anywhere can become a farmer, but the only thing stopping aspirants is inadequate knowledge about agriculture.

Speaking to The Times of India, Chordia had said, “Every piece of land can be utilised to make green spaces, be it in houses, colleges, offices or societies. With compact spaces in cities, one can opt for urban farming.”

With the same vision of helping the urban citizens take up farming or gardening in the space that was available to them, TEFF started a Waste Management Park in June 2017. Since then, they have visited various college campuses in Pune and involve the students in their efforts to spread awareness about efficient waste management.

This is where Chordia’s aim to share eco-solutions that managed waste in their factory with other citizens were realised.

How do they do this?

Well, the waste management park brings together different methodologies invented and utilised by various NGOs and showcases them on one platform.

You may also like: Humble Coriander Earns Pune Farmers Lakhs in Profits in a Few Weeks. Here’s How!

That way, visitors can see the waste they produce, the space they have and the resources at their disposal, and decide the method that works for them.

By adopting the traditional farming methods used in rural India for an urban landscape and introducing traditional farmers to modern methods of agriculture, TEFF ensures that it empowers both stakeholders.

You may also like: With the Garbage of His Neighbours, Pune Engineer Produces 700 Litres of Biofuel

Chordia mentions that many farmers have approached TEFF to learn organic and sustainable farming practices, and some of them have also become suppliers for Suhana Spices.

“I do not recommend that farmers change their practices overnight; they should make it a gradual experience. The idea is to teach them to incorporate it in their lifestyle, not just as farming technique.”

An initiative that began at an organisational level was gradually replicated in several schools, college and workplaces in Pune. The 1500 students and professionals trained by TEFF are now implementing the methods in their own capacity

TEFF has taken steps towards sustainable waste management in a way that undoubtedly promises a larger impact in the near future.