16 Famous Indians With Disabilites Who Inspire Us Everyday

These Indians with disabilities prove that it is just a state of mind. Learn about 16 amazing people who have not let their disability hold them back them in any way. From performing in international arenas to bagging gold medals in sports events, there is nothing these champions cannot do! They have made us so proud.

These Indians with disabilities prove that it is just a state of mind. Learn about 16 amazing people who have not let their disability hold them back them in any way. From performing in international arenas to bagging gold medals in sports events, there is nothing these champions cannot do! They have made us so proud.

“Disability is a state of mind”

This Indian actress and classical dancer needs no introduction. Born in Kerala, this 50-year-old artist met with an accident when she was just 16. Doctors missed a small wound in her ankle and plastered it, which later got infected and there was no alternative left but to amputate her leg. She overcame her disability by getting a prosthetic “Jaipur Foot” and became one of the most popular and acclaimed classical dancers of the country. Having performed Bharatnatyam internationally, Chandran has also been a known figure in the Indian television and film industry. Having received many awards for her amazing talent, Chandran is an inspiration to many! 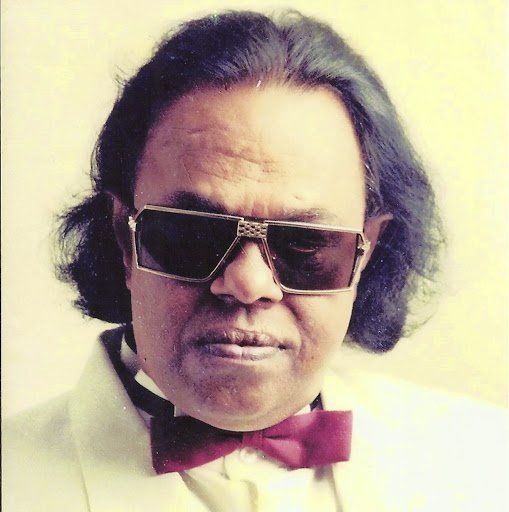 Born visually impaired, Jain started singing at a very young age and took his passion to a new high when he joined the Indian music industry, becoming one of the most notable music directors of the 1970s. He was so dedicated towards his work that when, during one of the recording sessions, his father passed away, but he still did not leave the recording room until the recordings were finalized. Apart from composing various ‘super-hit’ songs for Hindi movies, he had also launched several private albums which were praised by many. He lost a leg in a train accident when he was a kid. But, this setback in life did not stop him from becoming a badminton champion. He has just one leg which is so strong that he not only plays the game effortlessly but also easily covers the entire court. Ever since he was a kid, he would indulge in outdoor activities with other kids without letting his disability come in the way. Aren’t we super proud of this talented man?

Naik is a perfect example of someone who has converted a disability into an opportunity. With his strong will power and dedication, he became a T20 Blind Cricket World Champion and has 32 centuries to his name. After a lot of financial and social troubles, Naik has emerged as a winner and we salute his spirit. Watch this video to know more about him – 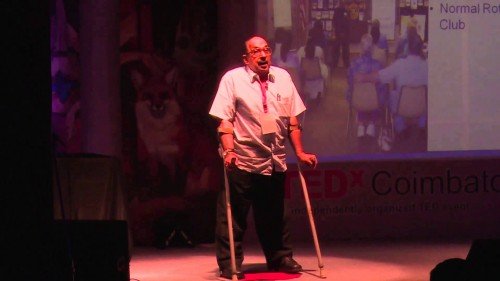 Ramakrishnan was affected by polio in both his legs at a young age of two and half years. From being denied admission in a regular school to getting rejected for a job due to his disability, Ramakrishnan has had to struggle at each step in his life. In spite of this, he worked as a journalist for 40 years and is currently CEO of SS Music television channel. He is also a musician and has showcased his talent at various platforms. He runs a charitable trust called Krupa to help the specially-abled. Preethi Srinivasan was the captain of the under-19 Tamil Nadu women’s cricket team. Even after the unfortunate swimming accident that left her paralyzed below the neck, she continues to inspire other lives through her organization Soulfree. She has started to provide hope to women with severe disabilities and assists them in fulfilling their highest human potential by providing a basic quality of life. Read more about her here. This acclaimed doctor contracted Polio when he was just nine months old. He is also a prominent disability activist and works extensively to make public places more accessible to persons with disabilities. His efforts made ATMs disabled-friendly by constructing ramps. Similar initiatives were taken for the post  office, medical institutes, polling booths, etc. He is also the founder of Infinite Ability – a medical humanities group on disability. 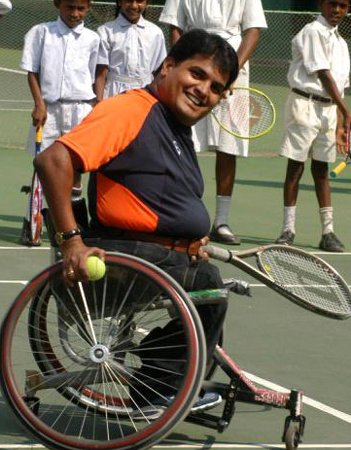 Prabhu’s life changed at the age of four when a botched lumbar puncture made him a quadriplegic for the rest of his life. But he never let this disability change his goals of life and continued his education in a regular school. His immense hard work and dedication has made him a notable figure and a leading quadriplegic wheelchair tennis player. He was a medal winner at the 1998 World Championships and was also awarded the Padma Shri by Government of India in 2014. It seems like disability is not a word in his dictionary.

UMOJA has organized #BeachFest2017 – India’s first ever initiative to provide wheelchair users and their families an opportunity to enjoy a completely accessible experience on the beautiful beaches of Goa from 31st March 2017 to 9th April 2017. We at The Better India are supporting UMOJA’s efforts in calling upon The Goa Department of Tourism to make Goa’s beaches accessible. You too can contribute by signing this petition.Unable to view the above button? Click here 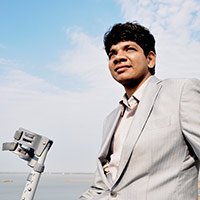 Vishwanathan lost sensation in the lower half of his body when he was a kid. But he was not one to let a disability take over his life. He became India’s first skydiver and has his name registered in the Limca Book of Records for being the first Indian with disability to skydive from 14,000 feet. He has co-founded Sahasra, an organization that provides scholarships to financially disadvantaged students with great potential, to pursue higher studies. He currently works as a risk consultant at  Deloitte U.S. in India. Born visually impaired in a poor family in Rajasthan, Khan saw a tough childhood. But with immense support from his elder brother, who also happened to be visually impaired since birth, Khan managed to continue his studies with excellent results. Having a great interest in music, Khan was invited to various platforms as a performer as well as a judge. His biggest achievements include getting a National Award for The Welfare of Persons with Disabilities in 1989. Khan has always believed in himself and says that visual impairment is a blessing and not a curse for him. Arunima Sinha lost her leg when some robbers pushed her out of a moving train. Two years later, she became the first woman amputee to climb Mount Everest. She disliked the look of pity and sympathy in everyone’s eyes and did not want to be looked upon as a handicapped person. She has proved that a strong determination and will is far more important than a strong body. Even with a prosthetic leg, she overcame her challenges and made history. Read her story of courage, passion and dedication here. 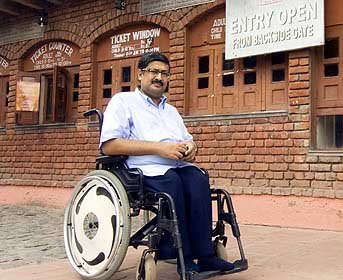 He was diagnosed with spina bifidia (a developmental congenital disorder caused by the incomplete closing of the embryonic neural tube) which was not operated on for eight years and caused permanent nerve damage. Further injuries made the situation worse and made him a wheelchair-user when he turned 15. Even this jolt in his life did not stop him from going abroad to finish his education and pursue his dreams of becoming a journalist. He has been actively engaged with disability rights for years, and is the director of the National Centre for Promotion of Employment for Disabled People (NCPEDP) in India, and also the founder of the Disability Rights Group. Rajinder Singh Rahelu contracted polio when he was eight months old. Since then, he has not been able to walk. But he did not let his disability come in between him and his dreams. Rahelu decided to discontinue his studies after completing high school. In 1996, a little encouragement from his powerlifter friend motivated Rahelu to pursue a career in this sport. He started by lifting a weight of 75 kgs but rigorous training and motivation made him strong enough to lift a weight of 115 kgs within six months. He continued to practice, and today, he has created history after winning a silver medal in powerlifting at the Commonwealth Games 2014. Read more about the inspiring sports star here. 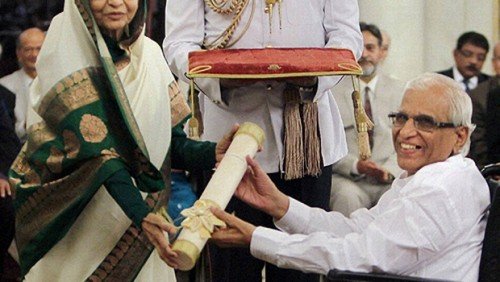 The prominent oncologist started Hematopoietic Stem Cell Transplantation in India. He contracted polio at the age of eight and has been wheelchair-bound since then. Having faced many difficulties to pursue his dreams due to his disability, Advani did not give up. His contributions in the field of Oncology have been recognized with many awards, including the Padma Shri in 2002 and the Padma Bhushan in 2012. He is the first oncologist in India to have successfully done a bone-marrow transplant. Suffering from brittle bone disease, 57-year-old Dhand lost her hearing at the age of 12 and stands 3.3 feet tall. But, this disability was not strong enough to stop her from pursuing her passion for painting, for which she has even won a national award. Apart from this, she has received many awards at the state and national level for painting and photography. She is now imparting this art to other students and conducts classes at her house. Not only this, she is an active social worker and donates to various organizations working with children with mental and physical disability. This international para-athlete from Bangalore was paralyzed completely at the tender age of one after a high fever. A regular electric shock treatment for two years got the strength of her upper body back, but below the waist her body remained weak. Holla decided to live life in the best possible way and chose sports to excel in. She started participating in various games at college, and today she has taken part in various international events including the Para-Olympics. She won Gold in 200m, shot put, discus and javelin throw at the 1989 World Masters’ Games in Denmark. She has over 300 medals in her kitty, and is also the proud recipient of the Arjuna Award and Padma Shri. She runs the Mathru Foundation to help disabled children from rural India.

UMOJA has organized #BeachFest2017 – India’s first ever initiative to provide wheelchair users and their families an opportunity to enjoy a completely accessible experience on the beautiful beaches of Goa from 31st March 2017 to 9th April 2017. We at The Better India are supporting UMOJA’s efforts in calling upon The Goa Department of Tourism to make Goa’s beaches accessible. You too can contribute by signing this petition.Unable to view the above button? Click here