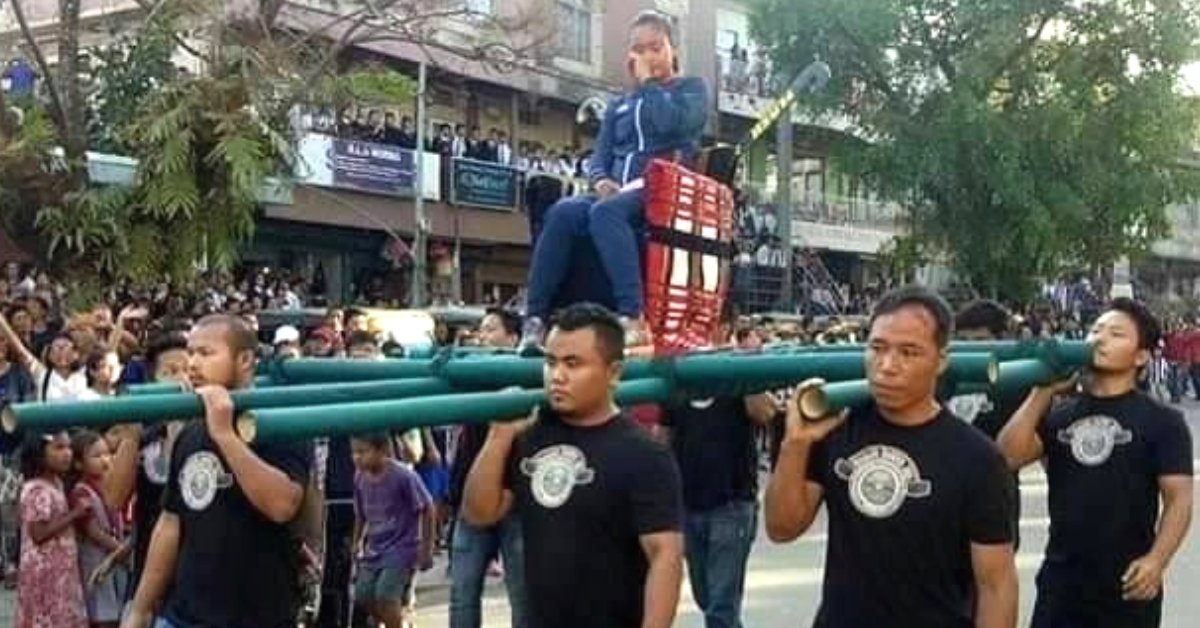 Mizoram's Lalremsiami is just 18 years old, and is looking forward to a promising hockey career.

She happens to be the youngest player in the Indian women’s hockey team, and she returned to Mizoram for the first time since her victories at the Asian Games and the Youth Olympics.

As drum beats and chants of ‘Remsiami’ echoed across the small Mizo town she hails from, around 85 km north of the state capital Aizawl, the 18-year-old hockey player travelled in an open palanquin made of bamboo sticks–the highest honour in traditional Mizo practice, reports the Indian Express.

A singing crowd crammed the tiny town’s Diakkawn Square, through which Lalremsiami passed, to celebrate her victory as part of the Indian women’s hockey team, which recently bagged silver medals at both the Asian Games 2018, and Youth Olympic Games.

An enthusiastic Lalnnunmawia Sailo, present at the gathering, told the Indian Express, that back in 2014, a similar grand welcome was given to Mizo Idol winner Grace Lalchhanhimi.

Another fan present said that the town’s population had cast aside political differences for once, to show solidarity and support for the young athlete.

A grinning Lalremsiami greeted fans and signed autographs, as her proud father expressed surprise at the way people united to honour his daughter. Lalremsiami was grateful and told IE that being paraded in the town of Kolasib in a palanquin was beyond a dream, and if this is the kind of love her hometown showed, she will give her life to achieve more.

Lalremsiami was felicitated on the 24th of October, by the Mizoram State Sports Council, along with Jeremy Lalrinnunga, the 15-year-old weightlifter, who won India’s first Youth Olympics gold medal, in Buenos Aires, Argentina.