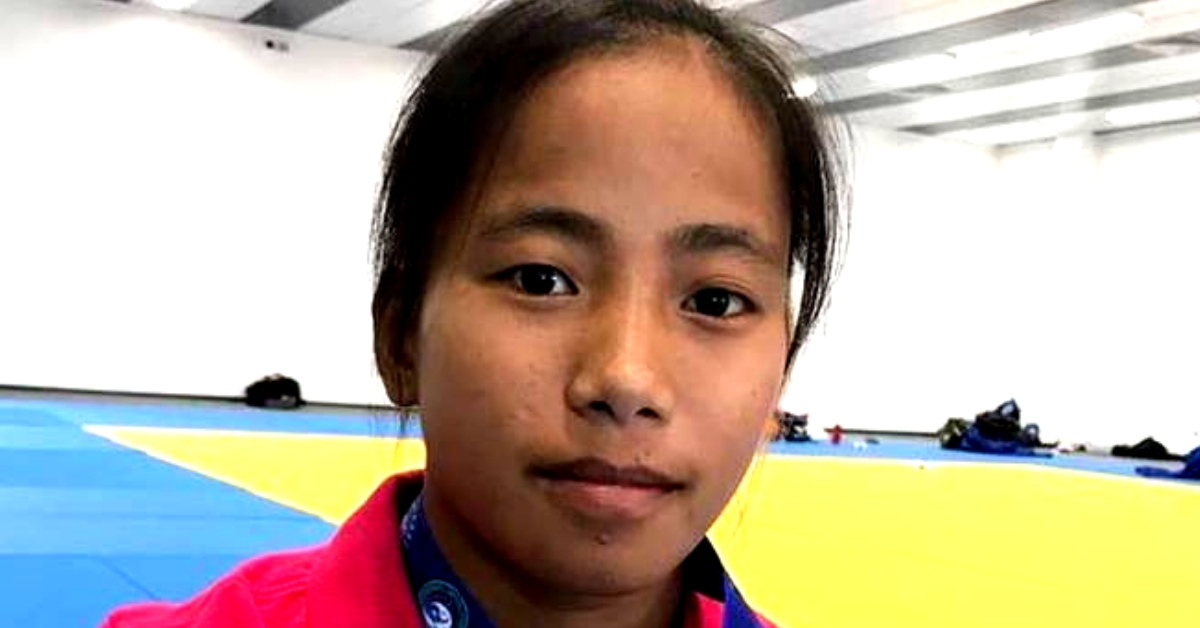 The hard-won silver medal, in the Youth Olympics, is truly a victory for Tababi. Image Credit: Meridian IAS Courses

The Youth Olympics saw some intense competition on Day 1, with the young judoka emerging with a silver.

The 2018 Summer Youth Olympic Games are currently going on in Buenos Aires, Argentina, and 46 athletes from India are representing the country in 13 sports at the prestigious event.

On the opening day of the games, Tababi Devi Thangjam, a 16-year-old judoka, won a silver medal and became the first person from India to win a medal for a country at the Olympics—junior or senior.

For Tababi, the silver medal is a long-awaited victory, and a moment of triumph, that has come after a lot of hard work and struggle.

Tababi comes from the tiny village of Kokchai Makha Leikai, located in the town of Mayang, which is 24 km away from Imphal. Her father, Thangjam Thoiba Singh, is a daily wage worker and mother Thangjam Ongbi Kamala Devi, is a fish vendor. The couple has four more children, and Tababi is the oldest.

Speaking to Indian Express, Tababi’s mother recalls that her daughter had taken an interest in Judo as a young child, and would often skip school and sneak into the Mayai Lambi Sports Academy, in their village.

At the tender age of 8, Tababi formally joined the academy and became one of the 50 trainees, training under coaches A Sorjit Meitei, Surachandra Singh and A Rupachandra Singh.

Speaking to IE, Meitei recalls how the young girl’s skills and dedication, made her stand out from the other trainees. “There were more than 50 trainees at the academy, but Tababi would always be the first to start training. Whenever (Olympians) Anita and Thombi would visit the academy, she would ask them about the Arjuna Award and listen to them,” Meitei said.

The motivation and dedication bore fruit. As reported in IE, in 2016, at the sub-junior nationals in Bihar, Tababi won her first national medal—a gold. She won gold again at the Asian Cadet Championships in Kyrgyzstan in 2017 and became the junior and cadet champion at this year’s nationals in Jalandhar.

In May this year, at the Asian Cadet Championships, she won yet another gold, which cemented her spot for the Youth Olympics.

The proud coach compliments Tababi’s grit and supportive family, which helped her rise above their difficult financial circumstances.

You may also like:–VIDEO: Some of the Most Inspiring Paralympic Athletes of India and their Incredible Achievements.

The village is now busy preparing to welcome the young champion, and her delighted parents and the academy are planning a feast in her honour.