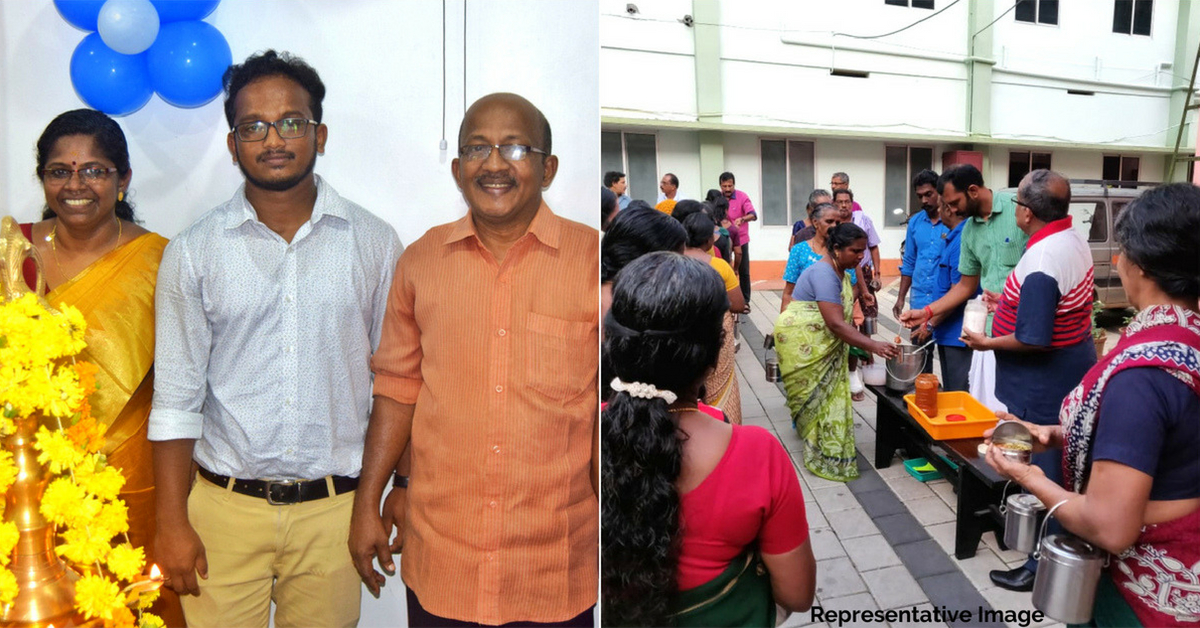 In Kerala, a groom used his wedding marquee as a relief camp, and provided food to those requiring shelter from the floods. Photo Source.

In Kerala, a groom acted quickly to turn his postponed wedding’s venue into a relief camp for those stranded due to floods.

While Kerala continues to battle floods, stories of quick action and selflessness, such as the tale of the fishermen, who turned guardian angels for flood victims or this instance in which a man cancelled his daughter’s engagement to donate money to the relief fund.

Or stories of those with a voice using it for good like when the actor Siddharth did a Kerala Donation Challenge, which you can read about here.

KJ Jaydeep, from Neelamperoor in Kurichy near Kottayam went a step further. His wedding was postponed, and he went a step further to be of assistance to flood victims. He converted the wedding marquee that stood before his house, into a relief camp, even as nearby places got submerged.

According to Manorama, Jaydeep was to marry Surya Sarath, the daughter of Dr Sarath and Sreelatha Sarath, in Vechoochira, on August 19th.

Continued rain and foods inundated vast areas in this region, where the wedding was originally planned. Ranni and Erumely were two nearby towns that were flooded, with waterlogging at multiple places.

The two families came together to postpone the wedding and help the needy. They used the pandal for relief operations which also doubled up as a makeshift kitchen, to prepare food for flood survivors until a relief camp by the panchayat was opened nearby.

September 2nd has been set as the fresh date for the wedding, with no change in venue and time. KJ Jaydeep has been engaged in relief work and can be contacted on 8848868110.

There are many instances of ordinary citizens stepping up and doing everything they can to help their kin in Kerala. Read here, about 11 real-life heroes in the state that will restore your faith in humanity.