S Chandrasekhar, The Indian Who Made NASA’s Mission to ‘Touch’ The Sun Possible! 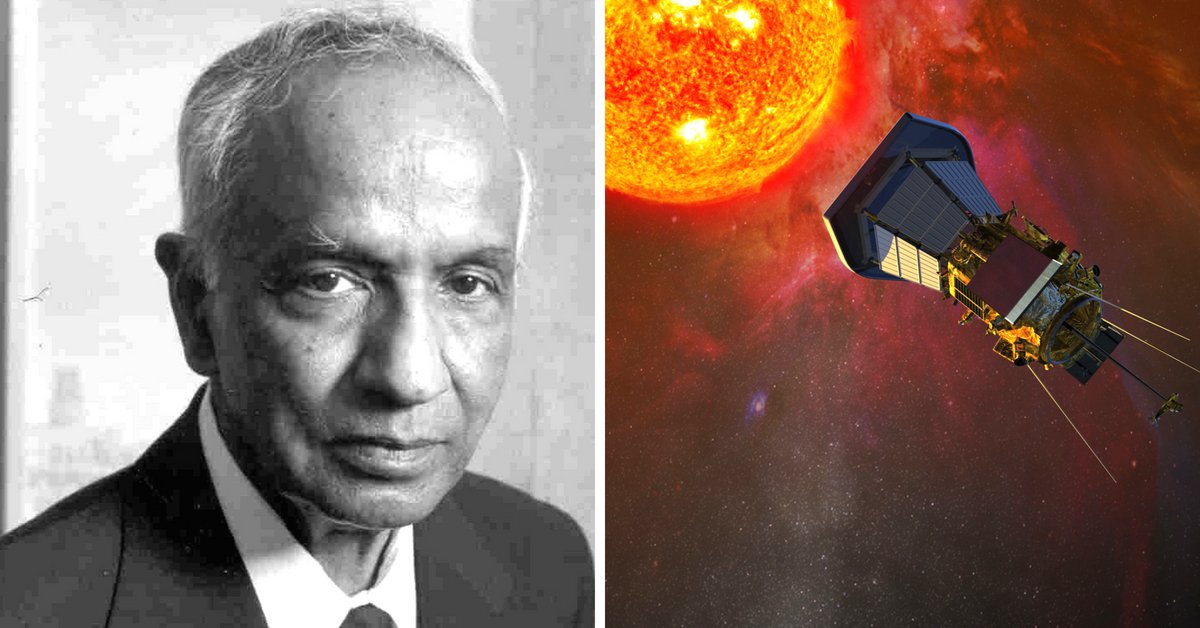 Mankind's first mission to 'touch' the Sun may have panned out differently had it not been for Nobel-winning astrophysicist!

The news of NASA launching its mission to send a satellite closer to the sun than ever before has caught the imagination of not just the scientific community, but ordinary folks as well.

The Parker Solar Probe, which lifted off on 12 August from the Kennedy Space Center in Florida, is all set to become the fastest-moving manmade object in history. NASA hopes to figure out longstanding mysteries about the Sun, including the notion of solar winds first proposed by Dr Eugene Newman Parker in 1958.

However, nearly 60 years ago, if Indian-American astrophysicist Subrahmanyan Chandrasekhar, who was the editor for a reputed science journal, had not intervened and allowed Dr Eugene Parker (after whom the mission is named) who was a budding astrophysicist at the time, to publish his paper on ‘solar winds,’ this mission may not have ever seen the light of day. The NASA Parker Solar Probe hopes to study the ‘solar winds’ first proposed by Dr Parker’s paper.

Back in 1958, a 31-year-old Parker had suggested in a paper that “charged particles streamed continuously from the Sun and filled up space,” reports the Press Trust of India. The scientific community flatly refused to believe him, since it was of the opinion that space was a total vacuum.

Also Read: ISRO’s ASTROSAT is Travelling Back In Time. Here’s How And Why!

“When he submitted his paper detailing his theory to the Astrophysical Journal, the most prominent research journal of the field, it was rejected twice by two different reviewers who were asked to provide opinions,” Dr Dibyendu Nandi, an associate professor at Indian Institute of Science Education and Research, Kolkata, told Press Trust of India (PTI).

Chandrasekhar was then a Senior Editor of the Astrophysical Journal. He overruled the reviewers and allowed the publication of Dr Parker’s paper.

“Chandra, as he was popularly known, is another astrophysicist with his name tagged to a space mission, NASA’s Chandra X-ray Observatory,” Dr Nandi said. In 1983, the Indian astrophysicist had won the Nobel Prize along with Willian Fowler on a study documenting the evolution of stars.

The incident had not only saved the idea of solar winds from drowning in the ocean of disposed scientific ideas but perhaps also shaped Parker’s perception about how to treat research work of other budding scientists. Dr Nandi spoke of how Dr Parker recognised his work proposing an alternate theory for the Sun’s magnetic cycle, which had contradicted his own theory.

“I have learnt a very important lesson of my professional scientific career from him—to be generous to the ideas of others, as long as they are not obviously wrong, and even if they contradict my own personal views,” said Nandi, speaking to PTI.

Although Parker had long proposed the idea of solar winds in 1958, the mission is only taking place now because NASA has the requisite technology to potentially pull this off with equipment like “the heat shield, solar array cooling system and fault management system.”